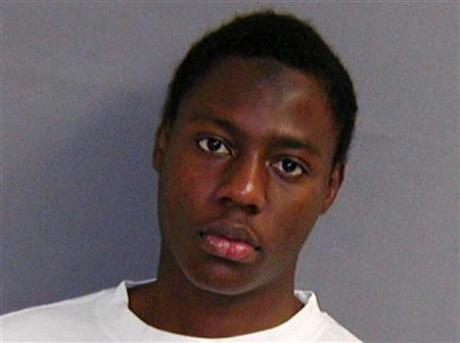 The crimes keep piling up.  The 23 year old Nigerian that tried to bring down Flight 253, and was injured in the attempt, pled not guilty in a criminal court today.  What’s worse? Not Guilty or even wasting our money on a criminal court case?  AYFKM?  The hits just keep on coming with this administration.  And can someone point out to Bob Barr that there is actually a war going on, and 3,000 innocents died on 9.11?

DETROIT (Reuters) – A federal judge entered a not guilty plea on Friday on behalf of Umar Farouk Abdulmutallab, the 23-year-old Nigerian accused in the attempted bombing of a Detroit-bound airplane that prompted a sweeping review of U.S. security procedures.

Abdulmutallab, who shuffled into court in leg irons, answered questions from U.S. Magistrate Mark Randon, who entered the not guilty plea after his court-appointed lawyer said the defendant would “stand mute.”

He was arraigned on six charges including attempted murder and the attempted use of a “weapon of mass destruction” to bring down a plane carrying 289 other people.

Why only 6 charges of attempted murder?  Why not one for every single person on the plane?  What am I saying?  This guy shouldn’t even be in a criminal court because he isn’t a criminal; he’s an enemy combatant!