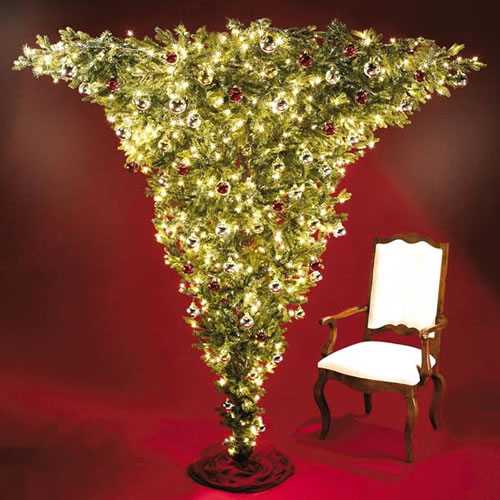 I am listening to, (and peeking at), the documentary film I.O.U.S.A. while decorating our family’s Xmas tree with my son.  Things may be upside down right now, but I refuse to allow the current Congress, with all of their patronizing language, condescending passage of bills in the middle of the night that we oppose, and the resulting fiscal insanity to drive every semblance of real joy, real hope, and sanity out of my family’s life.

My wish this year would be for congressional leaders to come to my house and look my soon to be 10 year old in the eye and explain why his birthday and xmas wishes are going to be light this year, and why he will be burdened with massive debt for his entirety of his life! I guess I am just a bit cranky after listening to Geithner blame everything on Bush while small businesses are going under and the bailed out big banks are giving million dollar bonuses.  I do not begrudge the bankers their bonuses, but I do think that few average Americans were expecting to see this massive inequality occurring when we saved the banks with T.A.R.P.  (We knew we would never see that money again thanks to Barney Frank.)

This film was released sometime in 2008 and covers the 2007 $8.7 Trillion deficit.   Ah, for the good old days when there was some sort of chance of keeping our entire economic system from collapsing.  What a conundrum; are we going to experience more hardship because of the collapse of the dollar, or are we going to suffer hardship because of massive inflation?  Anywhooooo…one piece of trivia that I did not know was that we have not had a year without deficits since 1835.  The best aspect of this documentary is the down to earth explanations that help non-econ. majors understand what is exactly happening with the spiraling debt.  I hope you will take the time to sit back and watch the entire movie as it is very informative and adds certain pieces to the puzzle.