Glenn starts this program with the nasty financial and economic problems we are facing with a rough breakdown of the federal budget. He interviews Art Laffer about what needs to happen to pull us back from the edge. Glenn then moves onto the New York Times trying to rename the Tea Party Patriots as militia members and crazies.

These people are part of a significant undercurrent within the Tea Party movement that has less in common with the Republican Party than with the Patriot movement, a brand of politics historically associated with libertarians, militia groups, anti-immigration advocates and those who argue for the abolition of the Federal Reserve.

World Markets: Why Is The Pressure Building?

Ok, I’m going to admit that I am way more than a bit puzzled by something.  I have been watching the implosion of the housing market and credit crunch for 2 years now.  I have been paying attention to how our market has been sickly since last December due to falling home prices and foreclosures rising.  I have been watching and writing post after post about the impending financial meltdown with the wolf outside the door and then inside the living room eating Spot.

I was astounded when the corrupt DNC installed Obama instead of Hillary because she definitely had the knowledge, the plan, and the cajones to turn this around.  I have been watching Bernanke and Paulson make this situation worse, day by day, by coming out and scaring the bejesus out of investors, which in turn tanked our market 7 days in a row, and after the news I just read, tomorrow will be day 8 in the slide.  I have even seen Neil Cavuto say today that our financial leaders need to shut their mouths and stop giving press conferences.  I have been wondering if and when they were going to do that exact same thing since Monday.  Here is what is puzzling me…

From The New York Times:

HONG KONG — Stock markets in Asia plunged on Friday as investor sentiment was battered by the overnight rout on Wall Street, confirmation that Singapore has slid into recession and news of a financial-sector bankruptcy in Japan.

Investors were reeling from the overnight developments on Wall Street, where the Dow Jones industrial average plummeted 7.3 percent, or 678 points, closing below the 9,000-mark for the first time since 2003.

In South Korea, the Kospi index partially recovered from a 9-percent plunge to close down 4.1 percent, its lowest since 2006.

Elsewhere in the region, the picture was equally grim. Benchmark indices in Hong Kong, Korea, Australia, Singapore and Thailand were all down between 6.5 and 8 percent. Malaysian equities traded down more than 3 percent.

Singapore is the first country in the region to fall into recession — defined as two consecutive quarters of contraction — since the global crisis began. Japan is teetering on the brink of recession, prompting the government there to try to pull together an additional economic stimulus package.

As expected, Singapore’s central bank, announced on Thursday a move intended to slow the rise of the currency, intended to support its highly export-dependent economy.

Meanwhile, concerns that a global recession could slow demand for oil have caused prices to plunge to less than $84 per barrel on Thursday. OPEC has signaled it may slash output in support of prices at an emergency meeting of leading oil-producing countries in Vienna on November 18.

Okay, that looks straightforward enough, doesn’t it?  I’m not into wearing tinfoil hats at any time, I actually like to live in the here and now with evidence, but what is happening around the world is way over the line.  Let’s back up for a minute and go thru the recent timeline.

The farther we get from the “Rescue Bill”, the worse the markets are doing.  A full two and one half weeks have gone by since our leaders jumped on this problem.  Paulson received control of $700B seven days ago.  The European leaders have been saving banks, cutting interest rates, pumping money into their systems, and the Bank of Japan has put $1 trillion dollars up to insure liquidity in the Asian markets. All of these events are being put in place to relieve the pressure and create a stable platform.  Why then is the pressure building?

Why has the Nikkei dropped 10% on Wednesday and another 9.6% on Friday?  Why are the rest of the asian markets going through the floor?  Why are our banks here in the states not lending money, even though it is plentiful now?

All of this because of the United States housing market and credit crunch?  There is something else going on here.  This has gone way over the line from a “correction” standpoint.  This situation is completely upside-down from where it should be.  Math is math; numbers do not lie.  There is something else driving this right now.  I do not know about you, but I would dearly love to know what that something is. 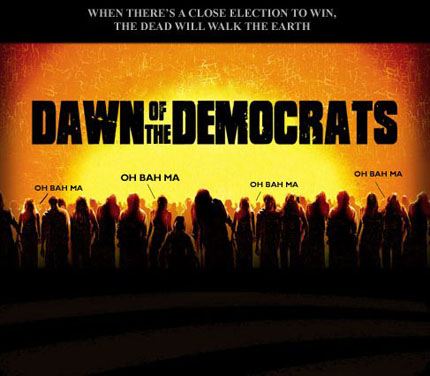 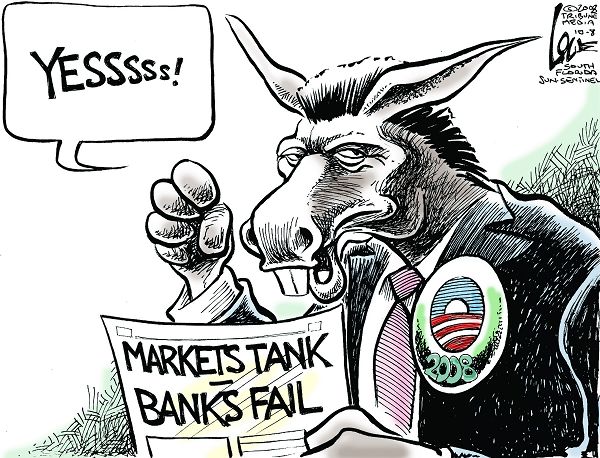