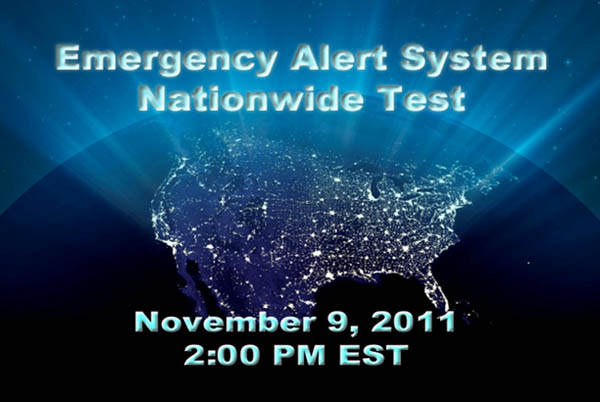 END_OF_DOCUMENT_TOKEN_TO_BE_REPLACED

Is It The FCC Or The Nazis?

So the “media reform” movement paid for research that backed its views, paid activists to promote the research, saw its allies installed in the FCC and other key agencies, and paid for the FCC research that evaluated the research they had already paid for. Now they have their policy. That’s quite a coup. – John Fund, ‘The Net Neutrality Coup’

In a move that would have made Hitler and the Nazis proud, an unelected group of men at the FCC has just voted for government takeover of the internet through ‘Net Neutrality’. What we have been watching for the last two years is the ramped up war campaign against us, the American people.  The Constitutional ‘Rule of Law’ no longer applies in America as bondholders lost their contractual interest in the great collapse of 2008, the federal government can now force you to buy health insurance through Obamacare, the congress has just turned over the food supply chain to the FDA and Secretary of HHS, the Federal Reserve is stealing your wealth through devaluation of the dollar, and now the lines of communication have been compromised by people that know better than you.  It sure looks like a war campaign doesn’t it?

The campaign to regulate the Internet was funded by a who’s who of left-liberal foundations.

The Federal Communications Commission’s new “net neutrality” rules, passed on a partisan 3-2 vote yesterday, represent a huge win for a slick lobbying campaign run by liberal activist groups and foundations. The losers are likely to be consumers who will see innovation and investment chilled by regulations that treat the Internet like a public utility.

There’s little evidence the public is demanding these rules, which purport to stop the non-problem of phone and cable companies blocking access to websites and interfering with Internet traffic. Over 300 House and Senate members have signed a letter opposing FCC Internet regulation, and there will undoubtedly be even less support in the next Congress.

Yet President Obama, long an ardent backer of net neutrality, is ignoring both Congress and adverse court rulings, especially by a federal appeals court in April that the agency doesn’t have the power to enforce net neutrality. He is seeking to impose his will on the Internet through the executive branch. FCC Chairman Julius Genachowski, a former law school friend of Mr. Obama, has worked closely with the White House on the issue. Official visitor logs show he’s had at least 11 personal meetings with the president.

The net neutrality vision for government regulation of the Internet began with the work of Robert McChesney, a University of Illinois communications professor who founded the liberal lobby Free Press in 2002. Mr. McChesney’s agenda? “At the moment, the battle over network neutrality is not to completely eliminate the telephone and cable companies,” he told the website SocialistProject in 2009. “But the ultimate goal is to get rid of the media capitalists in the phone and cable companies and to divest them from control.”

A year earlier, Mr. McChesney wrote in the Marxist journal Monthly Review that “any serious effort to reform the media system would have to necessarily be part of a revolutionary program to overthrow the capitalist system itself.” Mr. McChesney told me in an interview that some of his comments have been “taken out of context.” He acknowledged that he is a socialist and said he was “hesitant to say I’m not a Marxist.”

Free Press has been funded by a network of liberal foundations that helped the lobby invent the purported problem that net neutrality is supposed to solve. They then fashioned a political strategy similar to the one employed by activists behind the political speech restrictions of the 2002 McCain-Feingold campaign-finance reform bill. The methods of that earlier campaign were discussed in 2004 by Sean Treglia, a former program officer for the Pew Charitable Trusts, during a talk at the University of Southern California. Far from being the efforts of genuine grass-roots activists, Mr. Treglia noted, the campaign-finance reform lobby was controlled and funded by foundations like Pew.

“The idea was to create an impression that a mass movement was afoot,” he told his audience. He noted that “If Congress thought this was a Pew effort, it’d be worthless.” A study by the Political Money Line, a nonpartisan website dealing with issues of campaign funding, found that of the $140 million spent to directly promote campaign-finance reform in the last decade, $123 million came from eight liberal foundations.

A federal court has ruled that the commission has no authority to regulate the Internet, and a bipartisan group of senators and representives warned Genechowski not to attempt to impose a regulatory regime on the Internet earlier this year.

The move’s legality was even questioned by FCC Commissioner Michael Copp, one of the Democrats who voted today with Genachowski, saying he considered voting against the proposal because it lacks a sufficiently defensible legal basis to survive a court challenge promised by major Internet Service Providers like Verizon, Microsoft, and AT & T.

But legal challenges by industry are likely to be much less of a problem for the Genachowski-led takeover than efforts in Congress to stop the FCC in its tracks.

That’s clearly what DeMint has in mind, as he said in his statement released today following the FCC action:

“The Obama Administration has ignored evidence that this federal takeover will hang a millstone of regulatory and legal uncertainty around the neck of a vibrant sector of our economy.

“Proceeding on its own liberal whims rather than facts, this FCC has chosen to grant itself broad authority to limit how businesses can bring the internet to consumers in faster and more innovative ways.

“Americans loudly demanded a more limited federal government this November, but the Obama Administration has dedicated itself to expanding centralized government planning. Today, unelected bureaucrats rammed through an internet takeover, even after Congress and courts warned them not to.

“To keep the internet economy thriving, this decision must be reversed. Regulatory reform will be a top priority for Republicans in the next Congress, and I intend to prevent the FCC or any government agency from unilaterally burdening our recovering economy with baseless regulation.

“In order to provide the stability businesses need to grow, I will work with my fellow senators to see passage of my FCC Act, which would ensure that the FCC can only use its rulemaking powers where there is clear evidence of a harmful market failure, as well as the REINS Act, which would add the accountability of a Congressional vote before any government agency’s proposed major regulations may be finalized.”

If the FCC plan somehow manages to survive, it will almost certainly do for First Amendment liberties and the Internet what it did for them in regulating broadcast television and radio. Former CBS News president Fred Friendly’s landmark book, “The Good Guys, the Bad Guys and the First Amendment,” describes in great detail how the Kennedy and Johnson administrations used the FCC to silence conservative critics.

And for all of us stupid moos that need the ‘Net Neutrality For Dummies’ primer:

A Visual Aid To Obama’s Dictatorship

This might help some of those fence-sitters to understand why the Tea Party Patriots are growing in numbers. You folks ain’t crazy, and that sinking feeling you have been experiencing is just your common sense kicking in.  Come on down!!!

President Obamaseems to believe that most of his sweeping agenda to transform the country can be accomplished without even a vote of Congress.

While Congress considers sweeping new legislation to permanently institutionalize the bailouts and federal control of our financial system (right on the heels of their health care takeover, of course) several other sweeping power grabs are going on outside the spotlight of legislative debate. Indeed President Obama seems to believe that most of his sweeping agenda to transform the country can be accomplished without even a vote of Congress. The chart seen above and found here shows what the administration is up to.

As I’ve previously noted here in the Fox Forum, the the EPA is pursuing an aggressive global warming power grab under the direction of White House Climate czar Carol Browner (who was not subject to Senate confirmation), and the FCC is pursuing a regulatory takeover of the Internet.

Both of those efforts are now escalating. The EPA has now finalized its vehicle emissions rule, for the first time regulating global warming under the 1970 Clean Air Act. While EPA Administrator Lisa Jackson is trying to calm a political backlash by promising the delay the onslaught of regulations (the overall blueprint is over 18,000 pages and regulates almost everything that moves and lots of things that stay put) she remains committed to them. The Senate will have a key vote on S.J. Res. 26, which would stop the EPA, some time in May.