The big winners?  Lawmakers.  No surprise there.  If you had a pile of cash, wouldn’t you want to be in the district of criminals to protect it?

Our favorite lawmaker, Nancy Pelosi made a whopping $9 million in cool cash.

Congressional leaders in both parties reported dramatic increases in their net worth last year on the back of a rising stock market.

House Speaker Nancy Pelosi (D-Calif.) reported the biggest gain for 2009. The Speaker’s worth jumped by $9 million to roughly $21.7 million last year, according to financial disclosure statements released by the House clerk and the Senate secretary on Wednesday.

Some lawmakers also increased their net worth in 2009 by reducing liabilities.

For example, Pelosi reported a lower liability for a mortgage she holds on a California vineyard, listed as at least $1 million instead of at least $5 million the year before. Senate Majority Leader Harry Reid (D-Nev.) paid off a loan to Harry Reid Ltd. worth at least $50,000.

The disclosure form for Reid also reveals the majority leader shared a jet flight to California with Sen. Dianne Feinstein (D-Calif.), one of the wealthiest members of Congress, after the Senate’s Christmas Eve healthcare vote. Feinstein footed the $3,625 bill for the flight. Sen. Barbara Boxer (D-Calif.) was also aboard, according to her financial disclosure report. Her flight also cost Feinstein $3,625.

Late last year, Boehner sold off between $1,000,000 and $5,000,000 of his Nucite Sales profit-sharing retirement plan, according to congressional financial disclosure documents released Wednesday. Nucite was a plastics company that provided the bulk of his wealth. Boehner’s office says he did not control the investment in the retirement fund.

On the day he that unloaded that retirement fund, Boehner bought at least $698,000 in companies such as Goldman Sachs, BP, AT&T, Chevron, ExxonMobil, JPMorgan, Pepsi and Microsoft. He also put between $100,000 and $250,000 in a UBS liquid asset fund.

Boehner also loaded up on $81,000 on bonds and notes from companies like AT&T Wireless, Duke Energy, General Electric and the now-shuttered Bear Stearns.

While Republicans spent much of the year saying that Fannie Mae needs reformation, Boehner bought between $1,001 and $5,000 of the company’s securities, along with at least $15,000 of Federal Home Loan Bank securities. Boehner also bought at least $15,000 in U.S. Treasury notes.

The Reality Of The Wasted Stimulus Money

I know everybody is angry with both parties, but the truth is the truth, no matter who it comes from. The truth cannot be spun.

“…most of the money we are investing, as part of this plan, will get out the door immediately…” – Barack Obama

“This bill will create 3-1/2 Million jobs. Respect it for what it does.” – Nancy Pelosi 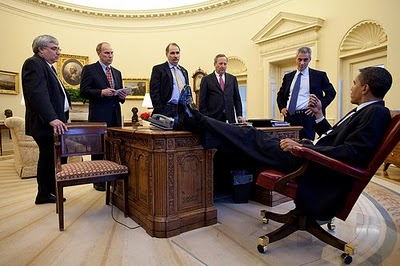