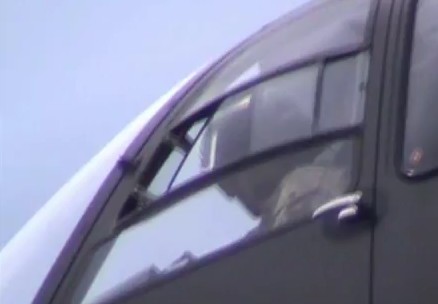 I know many of my readers have seen Haarp ring videos and severe weather forecasts from DutchSinse’s YT channel, but you may not be aware of PatrioticSpace and the work he has done with HAARP and frequencies. He just posted a video of an unmarked military helicopter that was flying low in a town close to his home on Wednesday, June 15th. This video was shot by his girlfriend, and at one point the helicopter is low enough for her to make eye contact with the pilot. Readers should let me know if they find this video as creepy as I did, and then please send it viral. END_OF_DOCUMENT_TOKEN_TO_BE_REPLACED

The federal government’s tyranny continues as 250 House members and 73 Senators extended key gestapo tactics that include warrantless wiretapping and surveillance of average Americans (‘domestic terrorists’) for another four years whilst TSA is threatening to shut down flights in and out of Texas but can’t keep a John Doe with 12 IDs from getting on a plane at Dulles Int’l Airport. The most interesting part of the entire equation? An autopen signing the bill for an absent pResident.  The endgame is now in full force moos.  Are you prepared? END_OF_DOCUMENT_TOKEN_TO_BE_REPLACED

The Sovereign Citizen Movement is now listed as a domestic terrorist threat.  What’s next? Really?  What’s next? Reading the Constitution silently in your bed, under the blanket, with a flashlight?  This ranks right up there with flag.gov.

The Climate of Fear marches on.  It is so time to clean house.

Today, we look at a third threat—the “sovereign citizen” extremist movement.Sovereign citizens are anti-government extremists who believe that even though they physically reside in this country, they are separate or “sovereign” from the United States. As a result, they believe they don’t have to answer to any government authority, including courts, taxing entities, motor vehicle departments, or law enforcement.

This causes all kinds of problems—and crimes. For example, many sovereign citizens don’t pay their taxes. They hold illegal courts that issue warrants for judges and police officers. They clog up the court system with frivolous lawsuits and liens against public officials to harass them. And they use fake money orders, personal checks, and the like at government agencies, banks, and businesses.

That’s just the beginning. Not every action taken in the name of the sovereign citizen ideology is a crime, but the list of illegal actions committed by these groups, cells, and individuals is extensive (and puts them squarely on our radar).

Go here for our list of what qualifies as a domestic terrorist.

We are not surprised anymore by the media bias favoring the left’s cause and the continued vilification of everyday Americans as domestic terrorists, but this takes the cake.  Still think they aren’t goading us modern-day Ghandis into action?  Do not succumb!  I wonder if Fox considers this “fair and balanced”, or does that only apply to their news broadcasts?

(Satire) Yes Robert, the republican party called me, the little tiny bastard red-headed step-child blogger out in left field personally and asked me to start writing about this issue back on:

A GOP source familiar with the meeting said that the president was extremely sensitive — even “thin-skinned” – to the fact that the stimulus bill received no GOP votes in the House. He continually brought it up throughout the meeting.

Obama also offered payback for that goose egg. A major overhaul of the health care system, he told the Republican leadership, would be done using a legislative process known as reconciliation, meaning that the GOP won’t be able to filibuster it.

I want what I want, when I want it, and I want it now.

Congress has until October 15 to pass health care or student lending reform under the normal process. If it doesn’t, reconciliation can be used to eliminate the 60-vote requirement.

Democratic aides said that Obama made clear to the GOP leadership that he would continue to work in a bipartisan way, but that they didn’t have veto power over health care policy. GOP aides, however, said that Obama was pretty clear that reconciliation would be used. “From what was told me, it sounded more like he would almost definitely use reconciliation for healthcare. I don’t think he hedged much,” said one.

The White House on Tuesday dismissed protests against President Obama’s health care reforms in multiple states over the weekend as “manufactured anger” orchestrated by right wing groups and the Republican party.

“I hope people will take a jaundiced eye to what is clearly the Astroturf nature of grass-roots lobbying,” said White House press secretary Robert Gibbs during a morning off-camera session in his office with reporters.

“This is manufactured anger,” he said.

Mr. Gibbs implied that the Republican Party is using operatives to make it appear as if members of the administration and of Congress are encountering genuine outrage and anger over the president’s proposed health care reforms.

So now we are not only “domestic terrorists” according to Janet, but we appear to be  “operatives” according to the WH.  This is dangerous language Mr. Obama, and it continues the dangerous division of “us” and “them” that your administration started, oh so many months ago.  It’s a good thing my grammie has passed over or she would know exactly what to do with that bar of soap.

UPDATE:
Because this video is coming from the National Republican Congressional Committee YouTube Channel, every single one of these Wisconsin voters have to be Republican Operatives! (Snark)

And just for the record, my readers know this but the newbies probably do not, The Monster HAS NEVER been registered as a Republican.