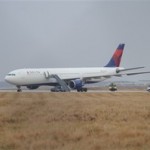 The Saul Alinsky Nightmare Continues (Now Out In The Open)

It is the day after the Christmas where we received cyanide capsules in our stockings compliments of the Senate and their un-Constitutionally mandated health care system that is causing the stock prices of health insurance companies to climb, and the raising of the debt ceiling.  We also found out that the Bambi Tour Entourage will be spending $56,000 for a christmas vacation estate in Hawaii for two weeks, on our dime, when some 7 million people are out of work, and that amount is more than they make in a year.  AYFKM?  Wow, Bambi and Mishy are looking more like Ferdinand and Imelda Marcos every day to the dismay of the left and the “I Frakkin’ Told You So!” of just about everybody else.

I applaud the heroics of the passengers on Delta flight 253 who took out another muslim terrorist hell bent on killing innocent people.  Everbody may want to applaud Barry Soetoro for that additional Christmas present that keeps on giving, and expect more such gifts on a daily basis now due to his lilly-livered policy toward anything anti-American.  Who knows, he may actually be laying a trap for our adversaries by effectively making America look weak. (snark).

All of that being said, I may not be posting as much this week due to the preparations for the roll out of the new theme on Friday, and because Clyde over at the Patriot Room has it spot on today.

I could not let another disciple of Saul Alinsky go by.  Anybody surprised that Chris Matthews is a disciple of Alinsky?  Didn’t think so.   I wonder how many more of the media that put Barack in the White House are followers of the ’60’s radical that is the godfather of the fundamental transformation that Bambi and Company are wreaking on our nation?

Just five days after affirming on air that he is a liberal, MSNBC host Chris Matthews exclaimed that radical community organizer Saul Alinsky is one of his heroes.

Stated Matthews: “Well, to reach back to one of our heroes from the past, from the ’60s, Saul Alinsky once said that even though both sides have flaws in their arguments and you can always find something nuanced about your own side you don’t like and it’s never perfect, you have to act in the end like there’s simple black and white clarity between your side and the other side or you don’t get anything done.

“I always try to remind myself of Saul Alinsky when I get confused,” Matthews said on his “Hardball” show, speaking to guest Sen. Bernie Sanders, a self-described democratic socialist, on the topic of President Obama’s health care plan.

There are some interesting tidbits in this article from David Horowitz which I highly recommend, so do a flyby and read the rest.   Other than that, get out of the house and take a day off because the fight for our nation is about to begin and we all need to be level.