Paid By Coakley; Voting For Brown

Fleming & Hays is the original blogger who created the video. Take a few moments, do a fly-by, and check out the rest of the story and the photographs of the rally before the debate at UMass.

Scott Brown Rally For US Senate

As she approached, the giant men holding signs (as if on cue) rushed up in the middle of the road to block off Scott Brown supporters. One of them nearly knocked Angel over and was not apologetic about it at all. With the union thugs within earshot and directly in front of us, we proceeded heckling them. One of the union workers actually turned around and said “I’m paid to be here, but I’m voting for Scott Brown. I just need the money, but don’t tell anyone.” 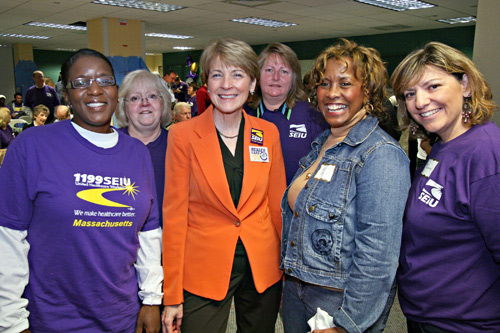 “It’s Not The Kennedy Seat”