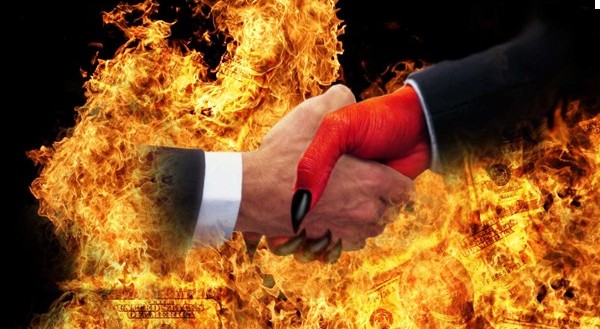 Damned If You Do…

How many more ways can we say that we are ever so screwed?

From CNBC and Reuters:

Moody’s May Cut US Rating on Tax Package

Moody’s warned Monday that it could move a step closer to cutting the U.S. Aaa rating if President Obama’s tax and unemployment benefit package becomes law.

The plan agreed to by President Obama and Republican leaders last week could push up debt levels, increasing the likelihood of a negative outlook on the United States rating in the coming two years, the ratings agency said.

A negative outlook, if adopted, would make a rating cut more likely over the following 12-to-18 months.

For the United States, a loss of the top Aaa rating, reduce the appeal of U.S. Treasuries, which currently rank as among the world’s safest investments.

“From a credit perspective, the negative effects on government finance are likely to outweigh the positive effects of higher economic growth,” Moody’s analyst Steven Hess said in a report sent late on Sunday.

After Obama announced his plan, Treasury prices fell sharply in volatile trade last week and yields have hit a six-month high, in part due to concerns over the effect the package will have on government debt levels.

If the bill becomes law, it will “adversely affect the federal government budget deficit and debt level,” Moody’s said.

Ben Bernanke and the Fed’s chickens are coming home to roost and guess who is going to be paying the price? Not them…

Got Rice, Beans, Tobacco, Ammo, Guns, Gold, and Silver yet?