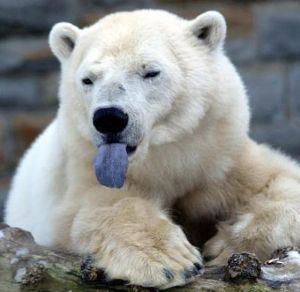 Republicans Are Crossing The Aisle On Cap & Tax 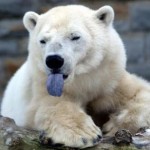 The arctic ice is returning, the bears are happy, and we are still stuck at “who can you trust?”, and the answer would be, “not very many people in positions of power.”

We all know that progressives have totally infiltrated and corrupted all levels of government, education, and industry. We also know exactly what it is going to take to flip this congress and clean out the rat’s nest (and they GOTTA GO!)

Ladies and Gentlemen, these asshats are WASTING our hard earned tax money while writing bills (they don’t read) in order tax us more instead of WORKING ON JOB CREATION! We all know they really don’t want any of us to be prosperous in the future, and that they are trying to create a lord/serf paradigm. Are you keeping your list of traitors up-to-date? Here are a few more names to add to the list.

(Reuters) – Some prominent Republican senators expressed openness on Tuesday to a U.S. climate change bill that might be introduced next week and that would need bipartisan support to have any chance of advancing.

Senator Lamar Alexander, a member of the Republican leadership in the Senate, praised the sector-by-sector approach in a compromise bill aimed at reducing emissions of carbon dioxide and other greenhouse gases blamed for global warming.

“I think a sector-by-sector approach makes a lot more sense for dealing with carbon,” the Tennessee senator told reporters.

Winning Republican support would be big breakthrough for Democrats and the Obama White House, especially as some Republican lawmakers have been sharply critical of climate legislation because of concerns industry would be hurt and also due to skepticism over the science behind global warming.

The sector-by-sector approach contrasts to an economy-wide approach taken by a bill passed last year in the House of Representatives that was also sharply criticized by Republican lawmakers.

Alexander said he “would consider a cap on utilities only if we could figure out the right way to do it that didn’t drive costs up substantially over the short term.”

A trio of senators — Democrat John Kerry, independent Joseph Lieberman and Republican Lindsey Graham — are trying to put the finishing touches on a climate change bill that aims to reduce carbon pollution by capping emissions, starting in 2012, from electric power utilities.

And when Obamacare is added to the mix, CO2 emissions are greatly reduced as Americans die off.

The transportation sector would see a new tax, probably after oil is refined, instead of a carbon cap, although the fee would be linked to pollution permits traded in the utility sector.

As for the third sector — manufacturers — Kerry, Graham and Lieberman have been weighing a cap-and-trade scheme like the one for utilities, but phasing it in starting in 2016. Alexander voiced opposition to capping factory emissions.

Kerry would not say whether he has succeeded yet in winning the support of any Republicans other than Graham for the bill he hopes to unveil next week.

RALLY AROUND A BILL

Graham told Reuters that the goal was to “put a bill out there the three of us can rally around” and see “the kind of reception it gets once it’s rolled out.”

But before being introduced, Kerry, Graham and Lieberman still have difficult issues to resolve.

Graham said the trio is “revisiting” how to allocate future carbon pollution permits for electric power companies, a thorny issue that has brought criticisms from various senators, including Democrat Carl Levin from Michigan.

“Things are coming together but there’s still some hurdles,” Kerry said, without specifying. He said more meetings were needed this week with senators and industry.

Senator Frank Lautenberg, also from New Jersey who last year voted for an Environment and Public Works Committee climate bill that Kerry’s effort builds upon, said expanded offshore drilling could jeopardize his state’s beach resorts and related businesses if there was an oil spill.

“I’m not comforted by a 50-mile limitation,” on drilling offshore, he added.

The three senators writing the climate bill are hoping to introduce it early next week, according to sources, around the April 22 40th anniversary of Earth Day, an event that sometimes draws derision from some Republicans.

“We’re not going to do it on Earth Day,” Graham said, adding, “It’s going to be offshore drilling day when it’s introduced.”

Remember kids, Scott Brown is running for re-election soon; find a Tea Party candidate to oust his a**.