Stupak Is Stupider Than The American Public

BWWWAAAAAHHHHH!!!!!    No one here at the Monster is surprised that Stupak has gone under the bus after Obama makes a promise and does not keep it. Stupak definitely falls into the the category of ‘too stupid to serve’. Meanwhile, Obama’s lawyers are probably trying to figure out his exposure if  he signs it.

President Obama signed the Senate health care bill into law Tuesday. He did not sign the executive order on abortion negotiated with Michigan Democratic Congressman Bart Stupak in an 11th-hour arrangement that may well have saved the entire health care reform effort.

In two celebratory speeches Tuesday – one at the bill’s signing, the other at the Interior Department with health care advocates – Obama said nothing about the abortion issue or the executive order.

Stupak, meanwhile, is under fire for accepting the order as his price for supporting the health care overhaul legislation, which passed on a vote of 219-212. 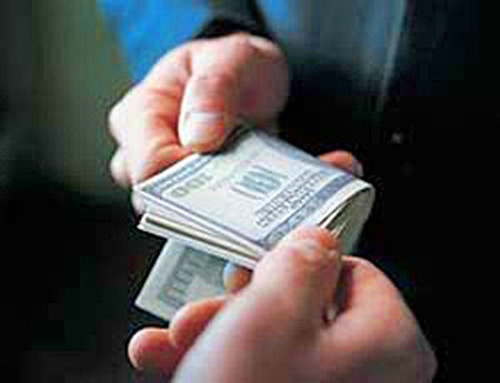 The Monster has quite a few irons in the fire right this moment, but I could not let this story go by.  Once again for all you newbies out there, The Monster is a registered indie.

Can someone please tell me WTF Henry Waxman is doing?  Who the hell is this guy, and when are Californians going to send him packing along with Boxer and Pelosi?  Oh that’s right; most Californians don’t believe in capitalism until it is their pocketbook getting hammered.

The current WH administration definitely has ushered in the season of change that looks very reminiscent of “Chicago Politics (Thuggery)”.

WASHINGTON — Two powerful House Democrats have sent a letter to insurance companies asking them to provide detailed information about their conferences and retreats, executive pay, and other business practices.

The letter comes in the midst of a campaign by Democrats, as part of their push to build support for a health overhaul, to portray the insurance companies as the villains of the health-care system. Insurers say they are working with Congress on an overhaul and resent being cast as the bad guy.

The letter is from Rep. Henry Waxman (D., Calif.), who is chairman of the House Energy and Commerce Committee, and Rep. Bart Stupak (D., Mich.), who heads the panel’s Subcommittee on Oversight and Investigations.

The letter, sent Monday, did not refer to the health overhaul debate, saying only that the committee “is examining executive compensation and other business practices in the health insurance industry.” The letter requests the companies’ help, but is not a subpoena.Mr. Waxman is the Democrats’ point man in the House on the politically volatile health overhaul, and recently shepherded a bill through his committee. Mr. Stupak, however, has said he wants to be sure the Democrats’ plan does not cover abortions, and he voted against it in committee.

Mr. Waxman has a long history of using Congress’s investigative powers to turn a critical eye on industry and government. Late last year he ousted Rep. John Dingell (D., Mich.) as chairman of the Energy and Commerce Committee, and he has been overseeing legislation on the Democrats’ two top priorities, health care and climate change.

As Congress’s August recess kicked off, Democrats made it clear they would respond to Republicans’ warnings about government intervening in patients’ private medical decisions by arguing that insurers already do so. Top Democrats have blasted the insurance industry, and they now refer to their initiative as “health-insurance reform” rather than “health reform.”

The Waxman-Stupak letter asks companies to provide, by mid-September, the compensation packages of any employee or officer who made more than $500,000 in any year from 2003 to 2008. It also asks the companies to list all their board members and their compensation.

The congressmen also want information “listing all conferences, retreats or other events held outside company facilities from January 1, 2007, to the present.”

For the actual letter, go here. What follows are a few excerpts, and I urge you to read the whole letter.  It appears to be a good ‘ol witch hunt.  It appears the Dems are resurrecting the Spanish Inquisition, and the next comment being floated will be that capitalists are heretics to true American Principles.   (When are these people going to get their grammar and spelling right? “principal”?)

The Committee On Energy and Commerce is examining executive compensation and other business practices in the health industry.  To assist with this process, we request that you provide the following information and documents to the Committee:

(2)   For each year from 2003 to 2008, a table identifying all board members and all compensation for each board member in each year;

You get the idea.  Please correct me if I am wrong, but I was under the impression that none of the more than 50 of the nation’s largest insurers received any T.A.R.P. or Bailout funds.  I am sure there is some little regulation that Henry is using to try to scare the bejesus out of the insurers, but I just wish one of them would stand up and tell these meddling socialists to take a hike.

Who will be next?