This administration still isn’t listening.  They are still playing their little games with healthcare and seating senators.  We drew a line in the sand on 9.12.09, and they ignored us.   Let’s see what happens next Tuesday… 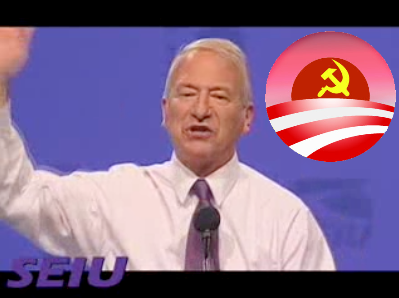 Everybody Give The White House That Special Monster Wave (UPDATED)

None of the Monster’s readers are going to be surprised by this because we know who we are dealing with, but I just received this information in an email and I want to send a message to the White House, though I am sure that the little obots that come here and leave the koolaid and verbal grenades have already “reported” me to their masters.

Everyone stand up and please give that very special Monster wave to the White House and this fascist administration!  If you feel like standing up to this ridiculous attempt to set fascism in motion and report yourself, the email address is below.

I am a natural born, American citizen that has been standing up and opposing the abuse of our Constitutional Rights by this administration!  I will continue to exercise my God-given rights of FREE SPEECH!  This is America – NOT A BANANA REPUBLIC!

I AM ONE OF THOSE THAT OPPOSES BARACK OBAMA’S HEALTH CARE REFORM!

From Redstate, (and I did go check the information on WHgov):

Call For Informants: If You Oppose Obamacare, Even in ‘Casual Conversation,’ the White House Wants to Know About It

If you see anybody publicly opposing President Obama’s plan to implement a government-centric overhaul of the health care system, the White House wants you to report that person (or persons) ASAP.

There is a lot of disinformation about health insurance reform out there, spanning from control of personal finances to end of life care. These rumors often travel just below the surface via chain emails or through casual conversation. Since we can’t keep track of all of them here at the White House, we’re asking for your help. If you get an email or see something on the web about health insurance reform that seems fishy, send it to flag@whitehouse.gov.

Emphasis added. Of course, as we’ve seen in the health care debate to date, the term “disinformation” is used by the Obama White House as a catchall to describe any opposition to the President’s push for single-payer, government-run health care — meaning the White House wants to be informed of any forwarded emails or blog posts or any “casual conversations” that could be taken as opposition to their health care overhaul plan.

The White House has, as yet, offered no explanation of what it is they plan to do with the tips on policy opposition they hope to receive from citizen informers.

Interestingly, as Jake Tapper pointed out on Twitter this morning, the title of that post on the White House is a quote from John Adams’ 1770 “Argument in Defense of the Soldiers in the Boston Massacre Trials.”

Since we now have that out of the way, here is the question?  Why would the Great Uniter be trying to divide people even more?  Is he really trying to turn Americans against each other and create a powderkeg for violence.

Next question: Are these the actions of a true patriotic American and a leader?

Nothing says “THE TRUTH” like tape. Mr. Resident – you said these words, did you not? Are you trying to rewrite history?

I received this very well written letter in another email with the suggestion that we all send this on to the White House.  Which of course is definitely taking the high road!  I have received permission to put this up and you may copy and paste and send it on to the WH.  Remember to be polite!

SEND an email to flag@whitehouse.gov:

Greetings, sir, I pray for your health and that God may grant you peace and wisdom.

I am writing to you at this email address because of a post at the White House blog that, frankly, sir, has me a bit concerned.

I am certain that you are committed to freedom and liberty and do not intend on decreasing the level of freedom or the participation of citizens in the process of deciding public policy for our nation, even if that might mean that some of your initiatives have to be scaled back or simply abandoned.

Some might, however, question your commitment to freedom and the participation of citizens in the decision making process and this is why I am writing, respectfully, in the hope of seeing a happy resolution to what I hope is merely a poorly stated appeal for help in support of your health care initiative.

I understand you are asking people, through your staff, to email flag@whitehouse.gov to report people who oppose your health care plan, even though, Mr. President, you have NOT actually sent out a specific proposal and there are multiple different proposals.

Your appeal, which I sincerely believe is a call for informants (http://www.whitehouse.gov/blog/Facts-Are-Stubborn-Things/)  was cloaked in what seems to some, myself included, doublespeak, and to my mind this appeal carries the implication that the White House wants to capture the names of opponents, which has a potentially chilling effect on open debate.

As part of this appeal, you tell your readers, basically, that people who are citing video of yourself calling for a single payer system and detailing an incrementalist approach ‘liars’, something that is both impolite and, frankly, juvenile and beneath contempt. Those statements were made by you, Mr. President. If indeed you are opposed to a single payer plan and have changed your mind, it is useful to you, and citizens who may even support you but for this perception, to clear this matter up rather than blaming others for a reasonable and logical assumption based on what you actually said.

Mr. President, facts ARE stubborn things and unless or until you publicly disavow a single payer system and actually ANNOUNCE and put in print YOUR health care proposal, it is only reasonable to think that all those things you have said are still on the table and part of your overall plan.

Mr. President, are you willing to state what your plan is then publicly disavow any plan that involves single payer plans in any fashion?

Further, Mr. President, would you be willing to solemnly swear that the minute you propose or even SIGN any bill that includes a single player plan or a precursor thereto that you will resign your office? Are you willing, sir, to resign your office if the implementation of your plan results in anything more than a 10% decrease in the number of people enrolled in private plans within 4 years after whatever bill is passed?

Please be advised, Mr. President, I will not be monitored: I oppose what some refer to as ‘Obamacare’ on the basis of my conviction that the Federal Power has no business sticking its nose in such things, a point of view that I sincerely believe is consistent with the original intent of our Founders. I respect that you feel differently and read that differently, but to dismiss our point of view with juvenile and petty name-calling that is clearly beneath contempt and that is simply not professional is a reflection on the content of your character that will not turn Americans against those who oppose state-run or regulated and managed health care by ANY name.

I am NOT afraid to stand up for my convictions, I respect you and your office, and I rightfully and justly demand that you and your staff respect me and my office, the office of “elector”, one of your 300 million “bosses”.

I respectfully request that you stop asking people to become informants, please spend a few minutes and re-read your constitution which you swore to uphold, and which is a condition of your tenure which must be adhered to.

I am enclosing a copy of this email to my member of Congress, my Senators, and my Governor as well as any local media and asking them to investigate WHY the White House is trying to capture names of opponents and asking people to inform on opponents.

If your office is seeking to obtain names of people who oppose your plan and to engage other Americans as informants or agents I would, and I am sure many others would, consider this to be a SERIOUS offense against the Bill of Rights if indeed your objective here is to do this, so, with this in mind, sir, please cease and desist and respect even those who oppose you in a civil and fair manner.

I pray that this communication is seen as a friendly appeal for a quick and amicable resolution of my concerns or, at worse, a friendly rebuke if you will due to what is clearly impolite behavior that is beneath of the dignity of the Presidency or the White House.

May you continue to be in good health and good spirits as you lead our free nation of free and sovereign citizens who wish you, and America, godspeed within the reasonable constraints of liberty, justice, and our Constitution.

Yours in service to the Republic,

Bill Collier,
By the Grace of God,  Citizen and Elector, The Commonwealth of Pennsylvania, The United States of America
Marysville PA