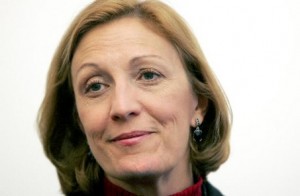 Today we have the trifecta of awards: Are You Freakin’ Kidding Me?, Hele On! and the Barack Obama Award For Outstanding Arrogance to two stalwart individuals connected to Mount Vernon, Ohio.

Today’s AYRKM? Award goes to former teacher John Freshwater of Mount Vernon, Ohio for branding his middle school students with an electrostatic device in the shape of a cross and then expecting everyone to agree with him when he told them that the shape was really an X.

Mr. Freshwater is getting this award because his actions have completely bypassed whatever brain he may have in that he is supposed to be teaching, encouraging, inspiring and protecting his students; not inflicting physical, emotion and mental pain.

Also to be noted, Mr. Freshwater has been teaching his Christian principles inside his public school classroom. What part of Public Classroom is this guy not getting? Okay, after 12 years in private catholic schools with penguins, I fully understand the separation of church and state. Obviously, he does not.

The next award is the Barack Obama Award For Outstanding Arrogance and it is being awarded to a friend of Mr. Freshwater. Dave Daubenmire’s quote is below:

“The Columbus Dispatch says it couldn’t reach Freshwater or his attorney. A friend spoke out in his defense. “With the exception of the cross-burning episode … I believe John Freshwater is teaching the values of the parents in the Mount Vernon school district,’’ Dave Daubenmire says, according to the Dispatch.”

Dave….Dave?…..DAVE!!!! What makes you think that Johnny boy is teaching the values of the parents of the Mount Vernon school district? Have you had visions, has John? Did you two drink the koolaid and now you know everything that everybody thinks and feels? You get the arrogance award for that!

Mr. Freshwater is also receiving the HELE ON Award for appealing the decision of the school board to fire him; (even though, in my opinion, his actions amount to abuse). No wrongdoing John? Hele On John!!

“The teacher’s lawyer, Kelly Hamilton, said Mr Freshwater denied any wrongdoing and would appeal against the decision.”

What a couple of very special human beings these two are. They received 3 awards between the two of them! Oscar or Emmy next? Stay tuned…..

1st ARE YOU FREAKIN KIDDING ME? Award

This award is going to Barbara Walters on The View today when she asked Michelle Obama whether or not she wears pantyhose?

Excuse me? Pardon me? WTF!!!! Who gives a flying supersecretsquirrel’s bushy little tail? WHO?

Don’t we have more important things to do Ladies? I do believe this is the reason that today’s The View was only the second time I have watched this pathetic show. Don’t know how to respond or talk about “strong women”? ….no wonder, if all we see on TV is this drivel.