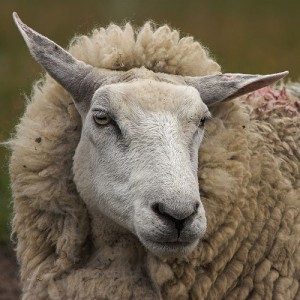 Obama? Americans Are So Past Fear!

I suppose Barry feels comfortable saying this because he really does think that we are all sheep that can be herded.  That was so 2007, Barry.  This is 2009, we are awake, and we are so very, very angry with you, your cronies, and your democratic controlled congress.

Obama to GOP: ‘Stop trying to frighten the American people’

EXCUSE ME?  The only thing scaring us about the Republicans is their spineless ‘go-along to get-along’ with you!  When are the Republicans going to just walk off the floor, and say, “Enough is Enough!”?  We know that you are just going to pass whatever you want anyway – you have the votes.

President Barack Obama told House Republican leaders to “stop trying to frighten the American people” even as he and Democrats said they see a possibility for bipartisan cooperation on job creation legislation.

Senate Majority Leader Harry Reid (D-Nev.) told reporters that Obama made the admonition during a bipartisan meeting at the White House on Wednesday, producing a chart to show Republicans that “things are a lot better.”

Wow, when do the fingerpaints come out?  I am so sick of politicians talking down to us.  We are the ones that are footing the bill while we are unemployed, underemployed, skipping meals, and visiting food banks while you jet off to Norway to pick up your million dollar check for “being present”.

Reid and House Speaker Nancy Pelosi (D-Calif.) said there was broad agreement on their side of the aisle about how to create jobs by aiding small businesses and boosting infrastructure spending. Pelosi said she thinks on those issues, “it’s possible for us to find some common, bipartisan ground.”

Lying SoS.  This is THE Barry, Harry, and Nancy show, and DON’T YOU FORGET IT!

But moments later, Republicans made it clear that they want to see a “spending freeze” and a “no-cost” jobs plan that consists largely of tax cuts.

Imagine that?  Give average Americans who either own small businesses or are employed BY small businesses some cash to start rebuilding.  Nope, can’t do that.  The average congressional democrat has been infected with the Olympic sized, Congressional version of going out and buying the biggest flat screen TV one can find while one hasn’t paid the mortgage for 12 months.  Am I missing anything with that analogy?

House Minority Leader John Boehner (R-Ohio) pushed back on Obama’s request for an end to Republicans’ scare tactics by saying that Obama’s policies have led to a hiring freeze, and the GOP is simply telling constituents what is happening.

The GOP isn’t telling us sh*t; we are telling them and have been informing all our “elected leaders” what’s what for well over a year now!  Where do you think all the tidbits on these bills are coming from?

“[E]mployers are sitting there and they’re frozen because they don’t know what’s really going to happen here,” Boehner said. “And the president wants to blame us for informing the American people about what’s happening here and how it will affect them, but it’s not what we’re doing; it’s the policies that they’re promoting here in Washington.”

Barry, we have a message for you.  You and your aides need to put down the Saul Alinsky handbook and start actually 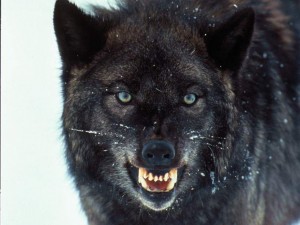 doing the work of a free market, capitalist country.  The polls show how p*ssed we are, and as Pat Caddell said yesterday, Americans are coming for you.

They don’t care.  They don’t think they have to. They think that the American people are sheep that they can run over, and that’s the issue that is gonna get tested in 2010.  They have nothing but contempt for the very people that they are supposed to represent in the greatest nation on earth.

Here is your wake up call Barry.  You don’t have jack or sh*t without a democratic and/or rino congress to push your agenda.