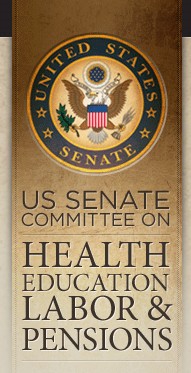 END_OF_DOCUMENT_TOKEN_TO_BE_REPLACED

Glenn’s program today covers all of the radicals that surround the pResident.  Check out the related links at the bottom of this post for more information.

END_OF_DOCUMENT_TOKEN_TO_BE_REPLACED

The Constitution is 17 pages long.  The House Healthcare Bill is over 2,000 pages long.  Whose special interests are being protected by Obama; SEIU and Andy Stern?  It if looks like a duck….

How Amusing Is This? SEIU Protests Goldman Sachs

At any other time I would probably be cheering, but in this instance, it’s the pot calling the kettle black and the exact same Alinsky tactics that ACORN used to make banks succumb to writing bad mortgages.  Don’t misunderstand me though, I dislike Goldman Sachs and their henchmen immensely, but on this issue, there are actual people with families behind those bonuses, and it isn’t communist Amerika yet.   Meanwhile, SEIU is making chumps out of their members.

The protesters, organized by Service Employees Union International and Public Citizen, came armed with “wanted” posters for Goldman CEO Lloyd Blankfein and a big red homemade vampire squid puppet, replete with fangs and cloak, that every so often tried to wrap its tentacles around a globe on a stick, acting out Rolling Stone writer Matt Taibbi’s description of the company as a “great vampire squid wrapped around the face of humanity.”

The protesters ended their rally by delivering a poster-sized letter addressed to Blankfein proposing the donation of the firm’s entire bonus pool to stop foreclosures. “Donating the entire Goldman Sachs 2009 nonus pool would prevent every single anticipated foreclosure in America in 2010, and Goldman Sachs would lift one million American families out of poverty at the same time,” the letter said. The letter also chided the company for playing “a central role in the economic collapse.”

So let me understand this; ACORN got these homeowners into this mess and now SEIU wants Goldman Sachs employees to clean up the mess.  What part of the American paradigm of personal responsibility is being applied here by either ACORN or SEIU?

Asked why SEIU was targeting Goldman when it was one of the companies that actually returned the billions it got from the Troubled Asset Relief Program, SEIU president Andy Stern told POLITICO that Goldman received tens of billions in other federal assistance, including about $12 billion via the AIG bailout as a counterparty to the mega insurer, which the federal government made whole.

The same Andy Stern who has visited the White House more than anyone else since the pResident was installed.

Bad Behavior has blocked 2493 access attempts in the last 7 days.