Yesterday, Bill O’Reilly interviewed Mark Potok of the Southern Law Poverty Center who made comments about how fearful he was of the Oathkeepers (see here).

Today, O’Reilly interviewed Stewart Rhodes, founder of the Oathkeepers.  It appears that Bill thinks it is perfectly reasonable to suspend the 2nd amendment given a state of emergency, and that the Oathkeepers’ stance is ‘extreme’.  I believe that if our government officials were not so blatantly corrupt and such bald faced liars, we would not need people like the Oathkeepers.  Does Bill O’Reilly really believe that given a state of emergency, average Americans are going to go out in the streets and shoot it up?  He has such a high opinion of us.  Who among us believes that our 2nd amendment rights are not under attack and will not continue to be under attack from a government that many of us can no longer trust? 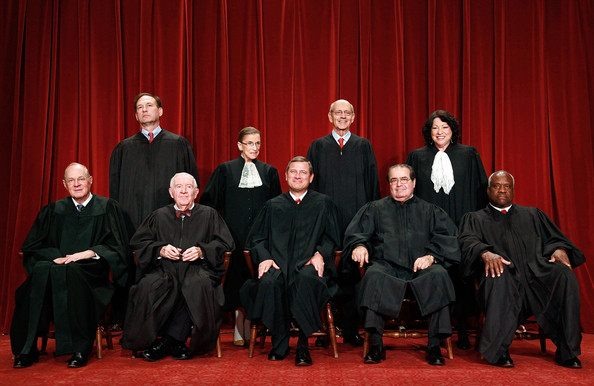 Ammunition Coding: A New Attack On The Second Amendment

You would think that the loony liberal left that is soooooooooo highly educated would have taken a American History class covering such things as the Constitution and Prohibition; but I guess not.  Allow me to refresh everyone’s memory….

A well regulated Militia, being necessary to the security of a free State, the right of the people to keep and bear Arms, shall not be infringed.

I do not, nor have I ever owned a gun, but I have watched as gun sales soared before the election and after The One was declared the winner, and will be exercising my 2nd Amendment Freedom soon because I believe The Founding Fathers had a damn good reason for adding this Amendment.  Any sane person who reads this amendment realizes that owning guns is NOT about hunting, it is about the ability to protect yourself and your family, and I fully agree with what Thomas Jefferson had to say about the matter.

The strongest reason for the people to retain the right to keep and bear arms is, as a last resort, to protect themselves against tyranny in government.

Thomas Jefferson also had this to say:

Our country is now taking so steady a course as to show by what road it will pass to destruction, to wit: by consolidation of power first, and then corruption, its necessary consequence.

Consolidation of power; i.e. The White House controlled by a known Democratic liar (remember FISA), and a Democratic Congress seeking a filibuster proof number of seats.  Is more corruption soon to follow; (i.e. Pelosi, Dodd, Frank, Waters) from the Congress that has the lowest approval rating of any congress, and one that continues to spend our great-grandchildren’s tax liability like it was water, and who at one point tried to give 20% of $700 Billion to ACORN?

If one studies Prohibition, one understands that if an integral part of our society becomes illegal, then the only people that own and control that commodity are criminals.

Prohibition (1920 – 1933) was known as The Noble Experiment.  The results of the experiment are clear; innocent people suffered; organized crime grew into an empire; the police, courts, and politicians became increasingly corrupt; disrespect for the law grew; and the per capita consumption of the prohibited substance – alcohol – increased dramatically, year by years, for the thirteen years of this Noble Experiment, never to return to the pre-1920 levels.

Prohibition DID NOT encourage temperance, it only proved that Americans love their booze and if the following ammunition coding bills make it into law, Americans will be making ammo…because we are Americans and at some point we will all be saying ENOUGH!  I wonder what Thomas Jefferson would have to say about a new cottage industry making illegal ammunition because the government circumvented an important part of our Bill Of Rights when it decided that coded ammunition was a good idea.

Here is the roster of states that have legislation pending:

If you live in one of these states, you may want to check the status of your state’s bills.

Since I live in one of the 18 states that have bills to introduce this, I will use Hawaii’s information.

Requires all ammunition of a specified caliber manufactured or sold in Hawaii that is capable of use in handguns, including assault pistols, to be coded to assist law enforcement in identifying and prosecuting gun crime offenders. Requires attorney general to establish a statewide database to track coded ammunition.  Effective 7/1/2008.

SECTION 2.  Chapter 134, Hawaii Revised Statutes, is amended by adding a new part to be appropriately designated and to read as follows:

§134-A Possession or sale of non-coded ammunition prohibited. (a) All ammunition capable of use in a handgun, including an assault pistol, that is manufactured or sold in the State after January 1, 2009, shall be coded by the manufacturer; provided that the coding requirement shall apply only to the following calibers of ammunition:

(b)  No later than January 1, 2010, all non-coded ammunition capable of use in a handgun, including an assault pistol, whether owned by private citizens or retail outlets, shall be disposed of in a manner prescribed by the attorney general through rules adopted pursuant to chapter 91.

(c)  For purposes of this part, “coded ammunition” means a bullet carrying a unique identifier that has been applied by etching onto the base of the bullet projectile.

(2)  Maintain records on the business premises for a period of seven years concerning all sales, loans, and transfers of ammunition, to, from, or within the State.

(2)  Record the following information in a format prescribed by the attorney general:

(A)  The date of the transaction;

(B)  The name of the purchaser;

(D)  The date of birth of the purchaser;

(E)  The unique identifier of all ammunition or bullets sold; and

(F)  All other information prescribed by the attorney general through rules adopted pursuant to chapter 91.

(3)  Maintain records on the business premises for a period of three years from the date of the recorded purchase.

Were you paying attention to that last part?  It appears that the government wants to make ammunition very expensive, and illegal to make yourself.

I am surmising that we all need to start looking at what our State Legislatures are doing, besides being concerned about what the Federal Government is doing.  Just remember folks, if you are so busy working 3 jobs to feed your children, you are not paying attention to what the government is doing.  There has been no outrage at the continued bailouts because we are all too busy just trying to stay alive.  That must change, and I am thinking that we are the only ones to make that happen.  10 Million Person March On D.C. maybe?

(h/t to Chris at Team Sarah)