Today at a rally in Florida, Sarah Palin was confronted by a protester with bad manners, and said what most of us would have liked to say if interrupted during a speech we were giving.  Class, good manners, intelligence, and a fearlessness when defending the American people.

Why are we even asking whether or not she should be VP?

The general public that was working today did not get a chance to see this whole stump speech by John McCain in New Mexico.  I mean really, we don’t record John’s stump speeches because he is always such a gentleman that takes the high road or he is just old and boring, depending on your opinion.

Fortunately for us, he has decided to go to the place that PUMAs have been living in for months!  The Character and Integrity, (or lack thereof) of the empty chair from Chicago that is still drawing a paycheck from us, the American People while he campaigns.  Thank You So Much John McCain for talking about the real issues with this empty suit.

What will happen for the rest of the GP, is that you will get tidbits that the MSM decides you should see, if anything at all.  Go to CSpan for the entire video.  For those that only have a few minutes, feel free to watch the smackdown.  It made me feel so much better that someone was speaking about what we, as PUMAs, have been yelling from the rooftops for ages.

I do believe that John McCain finally has given all those undecideds and “dem is always better than repubs” voters some reasons not to vote for the empty chair with a hidden agenda.

My favorite line:  “I didn’t just show up out of nowhere.”

Obama and Friends: A History Of Radicalism

Sean Hannity’s America has run an hour long special about Obama and his history of radical friends and agendas.  For those that have not seen it or did not know it was being produced, here it is in 6 parts. Thank you to cancelledbysbc for this package and please visit this YouTube Channel for additional eye opening vids about Obama, Acorn, and the economy. 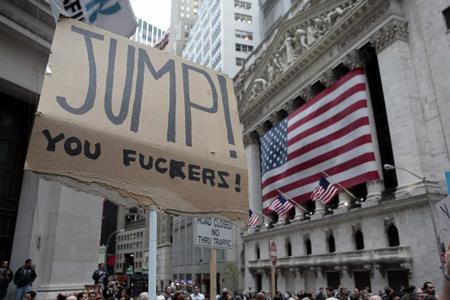