Anonymous has issued a call to arms to overthrow the current American government that has usurped our Constitutional rights and turned our country into a debtor nation thru a privately owned central bank, and a police state through alphabet agencies and executive orders. END_OF_DOCUMENT_TOKEN_TO_BE_REPLACED

County Supervisor of Milwaukee’s 12th District, Peggy West stating that if Arizona actually bordered Mexico (like Texas) she might rethink her position on SB1070.

Way to go Peggy!  You are the very first recipient of LM’s Mental Midget Award which qualifies you for a cabinet position in Obama’s administration.  Good Luck!

Milwaukee?  Are You Awake Yet?

To see the entire interview, go to PatriotsNetwork.

“This is no way to treat the people of Arizona,” said Governor Brewer. “To learn of this lawsuit through an Ecuadorean interview with the Secretary of State is just outrageous. If our own government intends to sue our state to prevent illegal immigration enforcement, the least it can do is inform us before it informs the citizens of another nation.” –

But Governor; we are all world citizens now, aren’t we?  Border are lies according to the left, correct?

Back to the news…

Gov. Brewer learned of the lawsuit that Obama is going to bring against the State of Arizona during an interview that Hillary Clinton gave to Ecuadorean NTN24 on June 8th.  The governor’s response to the lawsuit follows with a link to the pdf (H/T KG and TheRightScoop).

PHOENIX – Governor Jan Brewer said she was stunned and angered to learn during an Ecuadorean television interview with Secretary of State Hillary Clinton that the Obama Administration had decided to sue Arizona over its recently passed anti-illegal immigration law, SB1070. Video of the interview can be seen at Governor Brewer’s Arizona Border Security Information website:www.azgovernor.gov/AZBorderSecurity.asp

Secretary Clinton announced during the interview on June 8th that President Obama has directed the U.S. Justice Department to “bring a lawsuit against the Arizona law.” “This is no way to treat the people of Arizona,” said Governor Brewer. “To learn of this lawsuit through an Ecuadorean interview with the Secretary of State is just outrageous. If our own government intends to sue our state to prevent illegal immigration enforcement, the least it can do is inform us before it informs the citizens of another nation.” Governor Brewer said, “I just visited with the President in the Oval Office about our differences over immigration policy, and the one firm understanding we had was that within two weeks he would provide details of his commitment to deploy National Guard troops to the border. While I am grateful that communications have taken place about a possible visit by Administration staff before the end of the month, there is not yet a confirmed date. More importantly, no information about additional troop and border security enhancements has been provided by the Obama Administration to the citizens of Arizona.”

END_OF_DOCUMENT_TOKEN_TO_BE_REPLACED

AYFKM? Obama Closes Parts Of Arizona Instead of Repelling The Invasion?

The border of Arizona is being breached by criminals with guns, and our federal government has responded by closing parts of Arizona instead of sending troops to repel the invasion?  Congressmen?  Senators?  Are you ready for a whole lotta ugly if you don’t do something about the Anointed One?

A massive stretch of Arizona is now off limits to…Americans.  Critics say the administration is, in effect, giving a major strip of the southwest back to Mexico.  US Fish and Wildlife have closed a portion of the Buenos Aires National Wildlife Refuge all along the border, warning visitors to beware of heavily armed drug smugglers and human traffickers.

If you lived in a state that was paying $150 million a year in corrections costs for illegal aliens, (besides the crime, kidnappings, murders, everything else Arizonans are paying extra for), wouldn’t you want a governor like Jan Brewer hammering the sockpuppet-in-charge for his inability to take our security seriously?

Maybe Gov. Jan Brewer knows something we don’t know, considering she really is taking the game right to Barry’s court.

We are a nation of laws, and the rule of law, not of men. Our purpose today is to help the rest of the nation understand the crisis which confronts our state. Our nation’s government is broken. Our border is being erased. And the president apparently considers it a wonderful opportunity to divide people along racial lines, for his personal, political, convenience. It’s fair to ask whether he intends to be the Commander-In-Chief or the Comic-In-Chief? (applause)

Legal immigrant and current naturalized citizen, Gabriella Secito speaks to the Tucson city council about SB 1070, and how her local government has the right to protect it’s citizens from ‘foreign invasion’ (among other great statements). Enjoy! 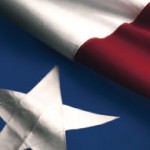 END_OF_DOCUMENT_TOKEN_TO_BE_REPLACED

Glenn covers H.R. 2499, which he reports is to be voted on tomorrow.  I have looked at both the Senate and House schedules and it is not listed on either.    At this point, I can’t trust the congress as far as I can look at them, so they may have already sent it to be signed by the pResident by deeming it; who knows.

Anywhoooo – Glenn explains the problems with H.R. 2499 and how it opens the door to Puerto Rico becoming the 51st state even though they have voted against statehood on three different occasions.  He explains how the progressives are using the ‘Tennessee Plan’ of forcing the issue of statehood to achieve statehood for the four million voters who now reside in this American territory.  Glenn backs this plan up with facts from the very political party in Puerto Rico pushing this bill; The New Progressive Party.  This party’s platform goals are to achieve statehood and ‘social justice’.