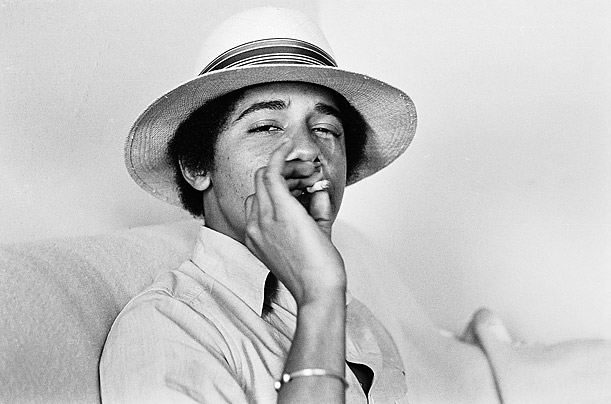 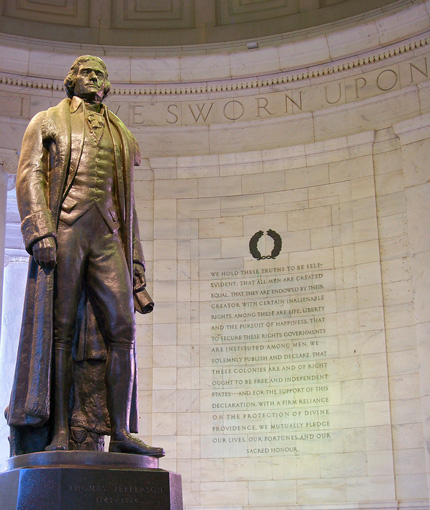 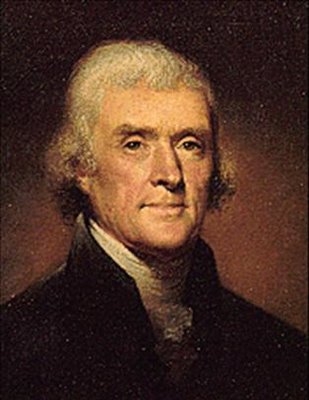 Thomas Jefferson, (April 13, 1743 - July 4, 1826), Author of the Declaration of Independence and Third President of the United States

Pres. Jefferson even has some thoughts on debt as Chairman Zero decided to give his big 2012 budget speech today…

We must not let our rulers load us with perpetual debt. We must make our election between economy and liberty or profusion and servitude. If we run into such debt, as that we must be taxed in our meat and in our drink, in our necessaries and our comforts, in our labors and our amusements, for our calling and our creeds…[we will] have no time to think, no means of calling our miss-managers to account but be glad to obtain subsistence by hiring ourselves to rivet their chains on the necks of our fellow-sufferers… And this is the tendency of all human governments. A departure from principle in one instance becomes a precedent for[ another]… till the bulk of society is reduced to be mere automatons of misery… And the fore-horse of this frightful team is public debt. Taxation follows that, and in its train wretchedness and oppression.

…and my personal favorite in regards to banking and central economic control:

I believe that banking institutions are more dangerous to our liberties than standing armies. If the American people ever allow private banks to control the issue of their currency, first by inflation, then by deflation, the banks and corporations that will grow up around [the banks] will deprive the people of all property until their children wake-up homeless on the continent their fathers conquered. The issuing power should be taken from the banks and restored to the people, to whom it properly belongs.

Sorry to inform you folks but Thomas Jefferson’s worst fear has come to pass; they own us now… 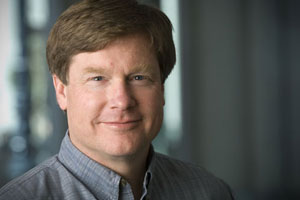 Glenn uses the beginning of this program to recap many of the ‘crazy’ things he has told people about in the last four years that have come true from getting out of the stock market, protecting your 401(k), getting out of debt, the monetization of the federal debt by the Federal Reserve mafia, the rise in the price of gold, the decline of Mexico, the progressives taking off their masks, the unions, communists, death panels, etc.  Glenn has enlisted 912SuperSeniors.org and AsaMom.org to be inflation watchdogs.

He also covers how congressmen and senators should never make more than our soldiers and have the exact same benefits as those same Americans standing on the wall for us. He then goes into his plan for the new year by simplifying his life by cutting their stuff in half in order to prepare for the upcoming nastiness. There is an estimate $25K in extra stuff just sitting around peoples homes which could be sold to be used as a cushion, food stock, paying down debt, etc.  He plans on building the ‘People of the Decade’ by creating people that are ready for the disaster so as to be ready for those that did not.  He also covers the new boycott of Sarah Palin’s ‘Alaska’ by Credo Mobile (Working Assets) which is run by Michael Kieschnick, who also established George Soros’ ‘Secretary of State’ project.  Credo also funds many of Soros funded progressive projects.

Michael Kieschnick is CEO, president and co-founder of CREDO/Working Assets, a company dedicated to changing the world through progressive philanthropy and political activism. Since its founding, Working Assets has donated over $65 million to progressive organizations. Its members have contacted selected decision-makers by phone, e-mail and letters over 32 million times. During the last seven years, the company has helped over four million Americans register to vote. Michael teaches a course on social innovation at Stanford University, and previously taught a graduate seminar on financial innovation at the University of California, Berkeley. Michael has a Ph.D. in public policy from Harvard University, and earned bachelor’s degrees in biology and economics at Stanford University. He currently serves as a board member for several nonprofits — the League of Conservation Voters, the OneCalifornia Bank Foundation and the Beatitudes Society. In his spare time, he helps run the Secretary of State Project, which works to elect reform candidates to the critical position of chief election officer at the state level.

Mr. Kieschnick is a fellow at the New Politics Institute. Yet another think tank operating under the radar which everybody should become familiar with.

“Working like a conventional policy-oriented think tank, NPI will assemble some of the finest minds in progressive politics, the non-profit world and the private sector to study, master, incubate and promote new strategies, technologies and techniques for the rapidly changing politics of this new century.” [1]

END_OF_DOCUMENT_TOKEN_TO_BE_REPLACED

Denair, CA resident Cody Alicea was told last week that he could not fly his American flag on his bicycle while riding to school.  Today, Cody received massive community support from bikers and motorists alike supporting his right to fly an American flag in America. The school has since apologized for their stupidity.

I guess we are all outlaws now…

Bad Behavior has blocked 2088 access attempts in the last 7 days.