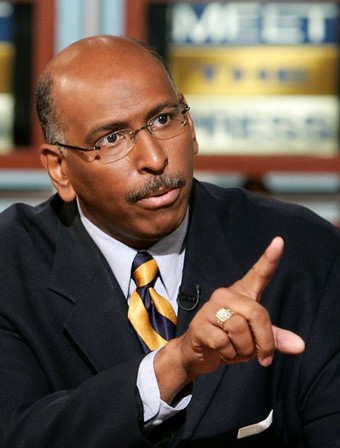 An Open Letter To The RNC

I was honored to be asked for some thoughts about the 2010 elections.  What follows is the open letter to the RNC letting them know the shifting sands they are standing on, and why.

Please feel free to add any additional thoughts for the RNC in comments.  You know they are reading it.

An Open Letter To The RNC:

As a point of introduction, I have been an independent voter since 1980, and have a blog with a readership that includes indies, democrats, republicans, conservatives, christians, muslims, etc.  It is a very eclectic mix of people and ideas, but one issue they all agree on is that the Republican Party is likely more than 50% of the problem in our country right now.   The Republican Party has proven itself to be suspect and untrustworthy because of their actions, (or lack thereof), and their inability, (or purposeful ignorance), to see the depth of the danger a democratic administration is posing to the future of the nation.

A good number of my readership knew how devastating an Obama administration was going to be, and even though we were truly aghast at a John McCain candidacy, we voted for him to try to keep the White House and the congress balanced.  Now the Republican party knows what we knew years ago, and yet, the RP still continues to play politics with the future of this nation and will not take a stand against the nation killer called liberal democrat socialism.  Desperate times call for drastic measures and we are just not seeing that type of leadership coming from the RP, and it has lead us to believe that we are on our own.  Why else would the Tea Parties be drawing greater percentages than the republicans, and why would Doug Hoffman have made the splash he did?

Where were you on 9.12.09 when 2 million Americans showed up on the Capitol Steps to send a message about Obama and his policies?  Why does one liberal like Jane Hamsher have immediate access to the airwaves whenever they are displeased, yet 40 senators and 177 representatives could not show up on 9.12.09 to stand with 2.1 million Americans who set a new record for a gathering on the steps to help them get some media time?  Why weren’t you there, and why do you expect us to vote for you when you aren’t even present?  You continue to be a day late and a dollar short, again.

The New Year’s Resolution of myself and my readers is to do everything possible to vote out every single senator and congressman that is not protecting and preserving our nation’s founding document; The Constitution.    We will be searching for and supporting candidates that have a track record of saying what they mean and meaning what they say, who show spine and stand up for that precious document, it’s principles, and our freedoms.

If the Republicans want to win in 2010, the party better not fight the takeover by constitutionalists of all political stripes.  It is time for moderate republicans to become the democrats they so want to be, and the rest of the party to support the conservative message.  There is no longer anytime left to bandy about with Obama, Pelosi, and Reid.  They are progressive socialists that truly believe their way is better, and their endgame is in sight.  The current Republican Party seems to think a big tent is a good idea, but has forgotten that the biggest percentage of Americans are conservative.  Stop being the ghost of the party that was started to abolish slavery!

If the RP wants to wins seats, it will have to run on these messages, and then make good on those promises:

When the republicans get the majority in both houses, and then the White House, you will be required to do the following:

The message for the Republican Party is a simple one; We Wanted Real Change And You Gave Us Obama!

Put forward conservative, constitutional candidates that actually have common sense and real experience in the private sector who will have the fortitude to walk back many of the socialist policies of the last 60 years and replace them with policies that empower Americans (i.e. private retirement accounts).  Support them by putting the entire Republican infrastructure at their disposal including financially and politically, and then get the hell out of the way.  We will do the rest.