America is addicted to spending.  Time to sober up.  Just hit the play button.

The sacred cow of the Defense Budget is the topic for today’s show.

Tavis Smiley interviewing Anne Coulter and Aisha Tyler on ‘Larry King’, asking ‘What are these white men so angry about?’ Has Tavis been living in some alternate universe for the last 2 years? Oh, I forgot; Tavis is blind, and liberals rationalize everything.

I know you folks are as tired of the fact that we are continually accused of the sins that the liberals commit. Unfortunately, two hundred years from now, they will probably still be noticing the color of somebody’s skin long before they consider the content of their character (and we will still be holding our hands to our foreheads). 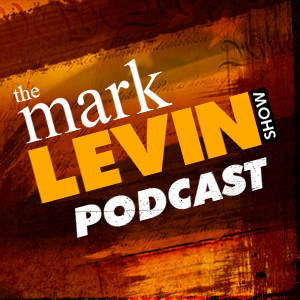 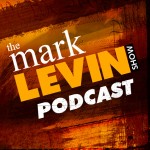 Glenn takes on the Department of Education in Part 3 of The Plan to cut federal spending.  Once again he interviews Stephen Dubner, and Chris Edwards of the Cato Institute. The Dept. of Education was started in 1979 by Jimmy Carter, yet it wields unbelievable power, and our children are failing miserably.

Glenn continues his series about cutting the fed’s spending; covering Social Security and Medicare with guests Stephen Dubner and Chris Edwards (Cato Insitute). (Let me know if you laugh as hard as I did while listening to good ole Ben on the economy.)

I understand why Barry wouldn’t ‘get’ this video because he really isn’t an American, but what up with Michelle? Who is the bigger traitor?

Might be a good idea to send this one viral too.

Is The Smear Campaign Of The Restore America Plan Beginning?

ABC affiliate, Denver Channel 7News has used, what can only be described as, inflammatory footage of a Restore America Plan supporter and linked it to the Guardians of the Free Republics.

YouTuber, Jonah70757 is shown with an AR15 in footage from Channel 7 News here, (hurry before they yank the video), with a title graphic “Guardians of the free republics supporter”.  Is it possible that the inference is that somehow Jonah is a crazy extremist willing to use violence to make the plan happen as put forward by the feds through the FBI (see NY Times story below)?  Listen to Jonah’s response on the video and decide for yourselves.

Many have been wondering if the Restore America Plan is real. To be honest, I still have doubts, but I am beginning to think that this government-labeled, ‘extremist group’ may just have a leg to stand on when I watch the feds, through their media lackeys, try to control the story and then attempt to put the genie back in the bottle through a visual smear campaign linking regular Americans who own guns with the Guardians. Does being an American who owns guns and supports the plan make one a violent extremist?  Apparently so, as does reading the Constitution, breathing, and tying your shoes according to Janet and the other Janet.

On its Web site, gotfr.com, the Guardians of the Free Republics sets forth a plan to “restore America.” It describes the plan as “a bold achievable strategy for behind-the-scenes peaceful reconstruction of the de jure institutions of government without controversy, violence or civil war.” (emphasis mine)

The federal government told state police officials that the group could provoke violence by others because its members “advocate for their views through the use, support or facilitation of violence or illegal conduct.” (emphasis mine)

Oh really?  I have yet to speak with a member or a supporter that believes we should march into DC with guns, and the fed’s statement is directly contradicted by the Guardians statement “…without controversy, violence, or civil war.”

I would really like to know when the FBI is going to start doing their jobs and follow the money trail of the $9 Trillion that the Federal Reserve “lost”, and the revenue stream Obamacare has created with no product to show for it.

Once again, anyone that supports the Constitution and the de jure government that it created is labeled an extremist by the corporate government now in place.  The left and the right should be together on this issue.

I have contacted  Jonah70757, and am waiting a response.

Below is the ‘threatening’ letter that the governors are receiving, and an update from one of the Guardians, Sam Kennedy.

Letter To The Governors: Declaration

To the blessed listeners of TAKE NO PRISONERS worldwide,

Well, I guess we got their attention this time.

As you probably know, The Restore America Plan has made the mainstream media including the lead story on the Fox News Network’s 6 o clock news (Special Report with Bret Baier), CNN MSN, NBC and ABC.  Reporters around the country are angling for information, and the worst they can say is: The FBI and Department of Homeland Security are not aware of any immediate or credible threats of violence as part of this group’s plan.  Big story there.  The FBI has been in the field most courteously around the country and we have opened many new channels of communication.   I made a surprise drop-in visit yesterday to a local FBI interview of a grand juror and had the pleasure of sharing information from the horse’s mouth, so to speak, and furthering our lines of communication.  All in a day’s work for those of us who are committed to freeing our children before the world degrades into economic and political Armageddon.

I have a big surprise for our listeners tomorrow night (Sunday, April 3) on TAKE NO PRISONERS (8 PM ET, Republic Broadcasting Network).  It’s not something I can just summarize here, but I can promise an immensely enjoyable and satisfying experience especially for members of the Guardians of the Free Republics, our enormous global audience, and the many new listeners we expect to be tuning in across the country.  I invite everyone to join me.

I will also have the pleasure of sharing some of the more substantive elements of my interview of the FBI agent and State officer yesterday.  I consider every opportunity to commune with an attorney, judge, prosecutor, law enforcement or bureaucrat a blessing from the Lord.

And finally, I will share some of the truth of the world around us of which new listeners may not be aware.  For instance, I will have the pleasure of showing you the actual source of the 700B “bailout” funds.

TAKE NO PRISONERS can be heard on FM and shortwave stations around the world, and on the internet via Shoutcast or directly through the network website at:

every Sunday night on the unique voice of freedom, the Republic Broadcasting Network at 8 PM ET, 7 PM CT, 6 PM MT and 5 PM PT.  Hope to see you then.

Thank you for reading and would you kindly consider CIRCULATING THIS EMAIL FAR AND WIDE?

Peace and Grace to all,

Posted by John MacHaffie at 4:52 PM

(H/T CH for the status update)