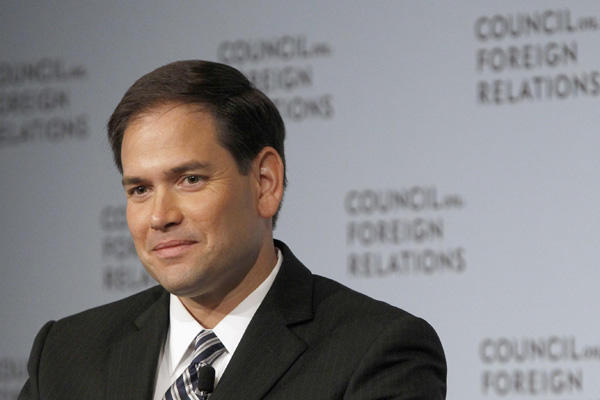 Maybe I missed the change in definition, but I think that if you enter the country illegally, you are NOT law-abiding.  Only a screamin’ globalist could make such a statement with a straight face.

At a hearing on Thursday before the House Judiciary Subcommittee on Immigration, Murdoch testified, “I joined Mayor [Michael] Bloomberg in organizing the Partnership for a New American Economy because I believe that all Americans should have a vital interest in fixing our broken immigration system so we can continue to compete in the 21st century global economy.”

“While supporting complete and proper closure of all our borders to future illegal immigrants, our partnership advocates reform that gives a path to citizenship for responsible, law-abiding immigrants who are in the U.S. today without proper authority,” said Murdoch, who was born in Australia and is a naturalized U.S. citizen.

Translation: Illegal aliens that have entered the US criminally are really just people without proper authorization – so it’s okay to give them the gold star of citizenship instead of throwing their asses in jail and then deporting them.

The News Corp. CEO, whose company owns the Fox News Channel, further said it is fiscally unfeasible to deport the illegal immigrants who are already in the United States, which he estimated as totaling about 12 million people.

Rupert Murdoch’s views would be a main reason for people to lack trust in Fox News.  Is it any wonder people are questioning Glenn Beck’s motives?

“It is nonsense to talk of expelling 12 million people,” testified Murdoch. “Not only is it impractical, it is cost prohibitive.”

Murdoch cited a study that gauged “the price of mass deportation at $285 billion over five years,” which amounts to $57 billion per year, adding that “there are better ways to spend our money.”

Cost prohibitive?  AYFKM?, the American public is footing a $396 BILLION DOLLAR INTEREST BILL TO THE FEDERAL RESERVE THIS YEAR ALONE. Abolish the Fed and the IRS, and one would have more than enough cash to cover the expense of sending the criminals back to their countries of origin with oodles of cash to spare.

“A full path to legalization–requiring unauthorized immigrants (Editor’s Note: Criminals) to register, undergo a security check, pay taxes and learn English–would bring these immigrants out of a shadow economy and add to our tax base,” said Murdoch.

It doesn’t add to the tax base if they are not working or are working under the table.  It also will create a situation where more Americans continue to be unemployed or underemployed; therefore weakening the tax base even more. (Which, apparently, is the idea besides another factor stated below.)

Murdoch appears to want more people to be able to vote for the Democrats Progressive Globalist Party, and finish the absorption of the US into the United Nations framework.  Remember, he is a huge supporter of Globalist Hillary Clinton.  It has been almost amusing to watch the Obama fascists duke it out with the well-heeled globalists.  Only problem is that the average American is getting bloody during the tussle, and the moos still haven’t figured it out.

Hit the title link above to read the rest of the stupidity.