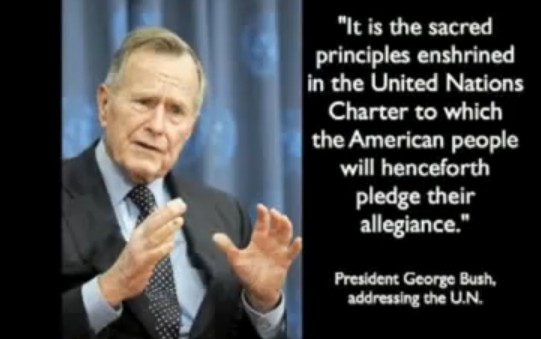 (Editor’s Note: I am about to dump a massive amount of info on you folks.  READERS have no idea how fast I am trying to catch up on the Progressive ‘Destruction of America’ over the course of the last 120 years.  I must continue to stress to my readers that we MUST kick the United Nations out of our country as they are the facilitators of the progressives’ agenda.  For one moment, put aside the concepts of the Illuminati, devil worship, the Rothschildes, etc., and look at the facts.  At this moment in time, it does not matter what is driving the progressives to rule the world, all that matters is that they are achieving it with the help of the progressives in Congress and monied interests like George Soros.  Turn the box; look at the situation differently.

Also, I do have a theory about what is stalling Bambi’s agenda; ponder marxist revolutionaries versus global elites…)

A reader sent the following article to me this morning and because of it’s utmost importance to the labyrinth of rabbit holes, I find myself putting down ‘Chronology and Factbook of The United Nations, 1941-1991‘  and ‘Luce and His Empire‘ to bring you the following research about the UN’s plan to create a global socialist state with ‘sustainable communities‘ under the guise of global protection.  I know many of you have heard of the Agenda 21 Plan that came out of the Rio Earth Summit in 1992.  How many of you know that the Secretary General of that summit was Maurice Strong? (More on Maurice Strong later in this post.)

Sen. Chris Dodd has only a few more months to shred the Constitution and he is continuing to set up the infrastructure the United Nations needs to collapse American sovereignty.  He has brought the UN’s plan closer to fruition with the Livable Communities bill under the guise of ‘traffic congestion’.  When his term is over, how many want to lay a bet that he permanently resides at his irish island estate on Galway Bay?