As many Monster readers know, Glenn Beck appears to use (uncredited) research from bloggers (ahem…), but mainly from Alex Jones’ Infowars and PrisonPlanet.TV. Beck has been blaming the very far left (Van Jones, etc.) and George Soros for the globalist agenda when readers here know that there is yet another ‘unknown’ level of shadow players behind the ass-clowns that are part of the Bohemian Grove and Bilderbergers. My money has always been on whoever actually owns and runs the Bank of International Settlements in Basil, Switzerland, (like we will ever know, but I digress).

Alex Jones has been contacted by a major magazine that is doing a piece on Glenn Beck to document the research that has been obtained from Infowars.com and then spun. Alex goes into a bit about what has already been documented and then lets Glenn have it for being a total establishment actor who is continuing to reinforce the left/right paradigm instead of speaking the truth about the actual chess-players that are turning the world’s population in serfs.

We have a global government run by private banking cartels that’s taken over our nation, and Glenn, we cannot allow you to blame it all on a mid-level nobody like Van Jones and tell us he is the top of the pyramid. Glenn, I’ll really start to believe in you when you do a show on Rupert Murdoch admittedly being one of the key people behind the move for global carbon taxes to fund this new private world government. And I want to tell the globalists something; you think Glenn Beck has co-opted my message and my information? No. This door swings both ways, this is a two way street, a double-edged sword. We are only getting more viewers and more listeners because of Glenn Beck. People are using him as a doorway and then they are finding the real bona fide information.

If you haven’t read this article yet, I suggest you do so now because then you might actually be able to grasp how FUBAR we are. The Tea Party vs. The Master Class

Alex Jones interviewed Lindsey Williams about the unrest in the middle east which will stop oil production and the plan by the elites to open up America’s oil fields when the price of oil is driven to at least $200 a barrel. He also covers the collapse of the dollar by the end of 2012 (we know it’s going to be sooner), and the deal in the 1970’s that Henry Kissinger made with OPEC to buy T-bills which will become completely worthless when the dollar collapses.  The globalists have been planning this for decades; ponder how the Arab world is going to fit into the globalist mix when nobody wants their oil, their leverage goes out the window, and they aren’t as rich as they used to be?

…1977 through 1981, an agreement was made by the then secretary of state with the OPEC oil producing countries of the world, in particular, the Middle East. They had found oil there about 60 years ago. Each one of the major oil companies, Shell, Texaco, Standard Oil, Chevron, divided the Arab world and each one of them produced an oil field. Then, of course, they became the elite, the ones that had the most and were doing the most. Then Henry Kissinger comes along as secretary of state, goes to those countries that had been produced by the major oil companies. Read the book ‘The Three Sisters’ if you’d like background on all of this, and he said, ‘I want to cut you a deal. We will be glad to buy your oil and NOT produce American oil.’ This is so important what you just said; the key to the whole thing. ‘We will not produce America’s oil fields…we will buy oil from you IF you will take a certain portion of everything that we buy oil from you and buy our t-bills, the Federal Reserve issues.’

Mr. Williams goes on to explain the planned death of the American dollar after the price of a gallon of gas skyrockets because the middle eastern countries can no longer produce oil due to civil unrest.

Here is the plan of the elite. They in turn will begin to open up America’s oil fields that they have known for years; they have known for twenty to thirty years that they existed. They are going to open these oil fields and produce from America’s own soil. Why? Because Mr. Frohm (?) said to me back in 1976; never forget the conversation, he said, “Chaplain, we will not open the Gull Island oil field and produce it for the American people until we have gotten the price of crude oil to $150 to $200 a barrel.

He then covers how none of this will affect China because of a recent agreement that was reached with Russia for all of their oil and natural gas.

Alex and Lindsey continue to stress the preparations needed for us corporate-owned moos to actually survive the endgame onslaught of the globalists that is rapidly approaching.  Remember those rocks I keep talking about?  Are you ready?

Guess how well that worked out for the CAIR representative who decided to take on a politically truthful American patriot who just happens to be smarter than the average liberal and has read his history.   There shall be no fawning or apologizing.

I went to muslim countries to defend the freedom of the muslim people.  Don’t you come up here and try to criticize me. – Rep. Allen West

At a townhall meeting hosted by Congressman Allen West on Monday evening in Pompano Beach, the Q&A segment of the meeting featured a Koran wielding Nezar Hamze, Executive Director of the Council for American Islamic Relations (CAIR).  Hamze confronted Congressman West and asked him to point out where in the Koran does it give marching orders to Muslims “to carry out attacks against Americans and innocent people”. 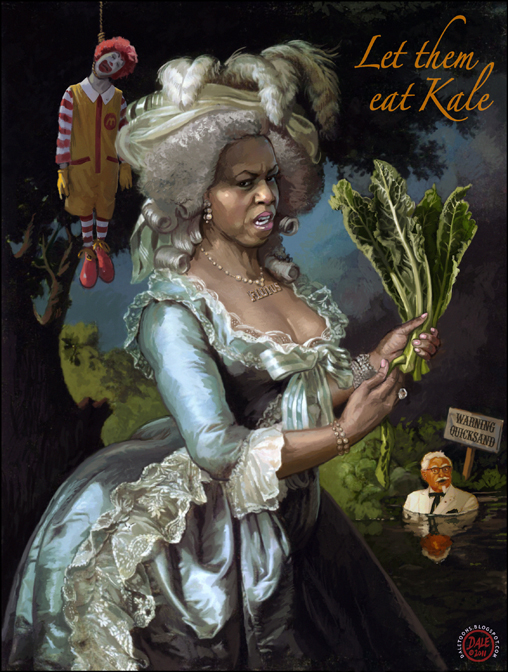 Patriots, this vid is going to blow your mind. Easily comprehensible math for the lay person!  After watching it, ask yourself if you are prepared for the rocks below because we have definitely gone over the edge.

Alex Jones has his regular hour long interview with Bob Chapman starting with the government of China making deals with the SEC through the feds to control mergers and movement of paper; yowza!

Did you folks start buying silver two years ago when the Monster told you to? It’s up to $32 an ounce now.

Visual aids are always better when trying to explain large numbers.  Many thanks to 10,000 Pennies for this excellent vid.  Feel free to pass this one around…and yes, we are ever-so-screwed.  Anybody else notice that a german bank now owns controlling interest in the NYSE? I’m ready for more than 15 shots, and it definitely won’t be Jack Daniels.

END_OF_DOCUMENT_TOKEN_TO_BE_REPLACED

Bad Behavior has blocked 2387 access attempts in the last 7 days.