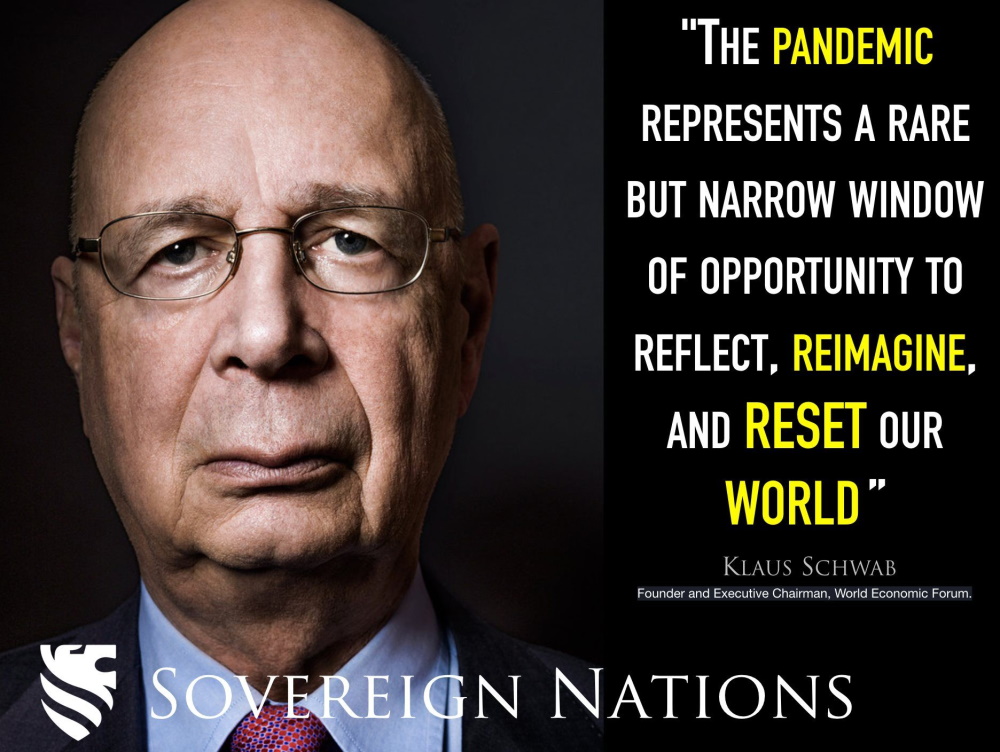 Hacking The Dominion Servers In Real Time, The Globalist Fingerprint, And Covid-19 (Part 1)

By now, most of the 74 million Americans that voted legally for Donald Trump in the 2020 presidential election are aware that a Dominion server was hacked in Fulton County, Georgia in real time during the hearing on Georgia election fraud yesterday afternoon. For those that may not have seen Jovan Pulitzer (genius bio below) explaining the occurrence; here is the video:

Kamala Harris Presidency? (has she resigned her senate seat yet?)

Donald Trump is re-elected to four more years? Oh yeah; utterly probably when numerous congressmen, and (as of today), one senator contesting the electoral college results are factored in.

But this Dominion server hack is not what I want to cover today. A couple evenings ago I started this post numerous times and it would not save properly (imagine that). This is a story about the globalist cabal, operational benefits, a virus, and a stolen election. We will begin again with the ‘globalist fingerprint’.

My close friends know this means that when the globalist cabal runs an operation like Covid or 9/11 there are MULTIPLE BENEFITS from each operation, and they all serve the cabal’s desires and business interests.

What do the global elite gain from blowing up the twin towers? Please do not insult me or my readers by saying it was middle eastern terrorists. Please also remember that Building 7 was always the target due to the occupants, the evidence stored there, and the money made from destroying these buildings. It doesn’t hurt their bottom line to have to rebuild the towers or some memorial to such, and watching people jump to their deaths brings these satanists to tears of joy. Killing people always makes them warm and fuzzy inside or they wouldn’t be constantly reaching for population control thru blood sacrifice (i.e. abortion, starvation, war).

(Destroy, not create – a common theme).

The cabal consolidated their power in D.C. with the Patriot Act and all the little goodies that came along with that Fourth Reich maneuver (like indefinite detainment without charge). The new federal agency, Dept. of Homeland Security, the cattle chutes of TSA at the airport (meant to train and demean generations), control and surveillance of your money by Treasury, and my personal favorite, NSA spying on every single American’s emails, phone calls, and meta data. Gradually over the years since 2001, they have made our world smaller by tightening the surveillance grip on America and the rest of the world thru social media and communication applications.

Another benefit the cabal achieved was war. That particular bennie pays dividends in money, blood sacrifice, negative energy, and demoralizing entire populations. War is their greatest satanic goal and they got Americans to fight endless wars for 20 years to the tune of $6.4 trillion. I think all of our infrastructure would be gleaming, and affordable health care for everyone would be a reality.

The greatest demonic benefit in Iraq was the destruction of the seed bank, and the change to the country’s patent law forcing Iraqi farmers to buy GMO seeds from the globalists every year in order to grow food to feed themselves.

Iraq’s new patent law: a declaration of war against farmers

For generations, small farmers in Iraq operated in an essentially unregulated, informal seed supply system. Farm-saved seed and the free innovation with and exchange of planting materials among farming communities has long been the basis of agricultural practice. This is now history. The CPA has made it illegal for Iraqi farmers to re-use seeds harvested from new varieties registered under the law. Iraqis may continue to use and save from their traditional seed stocks or whatÂ’s left of them after the years of war and drought, but that is the not the agenda for reconstruction embedded in the ruling. The purpose of the law is to facilitate the establishment of a new seed market in Iraq, where transnational corporations can sell their seeds Â– genetically modified or not, which farmers would have to purchase afresh every single cropping season.

While historically the Iraqi constitution prohibited private ownership of biological resources, the new US-imposed patent law introduces a system of monopoly rights over seeds. Inserted into Iraq’s previous patent law is a whole new chapter on Plant Variety Protection (PVP) that provides for the “protection of new varieties of plants.” PVP is an intellectual property right (IPR) or a kind of patent for plant varieties which gives an exclusive monopoly right on planting material to a plant breeder who claims to have discovered or developed a new variety. So the “protection” in PVP has nothing to do with conservation, but refers to safeguarding of the commercial interests of private breeders (usually large corporations) claiming to have created the new plants.

Honestly, I could go on and on about everything the cabal has earned with the 9/11 operation, but it would take too long. Suffice to say 9/11 was about putting surveillance in place, and starting the training and demoralization of the human population across the world.

We really need to cover Covid-19, and circle back around to the stolen election, but let’s get something completely straight. The global elite are satanic ghouls that crave and feed off the negative energy their machinations create in the average human population. They and their minions are in every single country. One must remember that they do not look upon humans as equals. We are cattle to them to be shepherded, fattened, and then killed off when we no longer serve their purposes. These sons of b*tches were behind slavery, and are behind human trafficking now. Their favorite target is human children; the younger the better.

Too much? Not freakin’ likely.

I can tell you that when I read about the Black Pope’s Argentina legalizing abortion last night, I was heartbroken because the ghouls are dancing on the graves of these little angels, and feeding off the sorrow of the women they conned into believing that killing instead of creating is the highest possible human right and freedom. An inverted satanic ritual if I have ever seen one.

We need to continue with the second most successful operation these bastards have pulled off since 9/11; that being Covid-19.

Let’s start with Fauci and the plandemic.

But just last year, the National Institute for Allergy and Infectious Diseases, the organization led by Dr. Fauci, funded scientists at the Wuhan Institute of Virology and other institutions for work on gain-of-function research on bat coronaviruses.

In 2019, with the backing of NIAID, the National Institutes of Health committed $3.7 million over six years for research that included some gain-of-function work. The program followed another $3.7 million, 5-year project for collecting and studying bat coronaviruses, which ended in 2019, bringing the total to $7.4 million.

Yes, you read that correctly; Fauci used our money to fund gain-of-function research in Wuhan, China that created a virus which killed people worldwide, put healthy people under house arrest, solidified our training to respond to fear, and collapsed an economy that was just about to go into near earth orbit.

They needed to finish what they started with 9/11 by resetting the world’s economies into a GLOBAL NEW WORLD ORDER, but Americans led by 45 tasted freedom and started pulling away. There was no way the globalist cabal was going to let the managed decline of America (started by Bush 41) and the utter submission of the only free nation in the world to be averted. The cabal’s joy comes from everything wrong in the world, and America at it’s creative, inventive, intuitive best is one long slap in the face to the globalists and an eternal menace to their control grid. They hate us more than any other nation on earth. Hands down. Take it to the bank.

Enter Klaus Schwab, Founder and Executive Chairman of the World Economic Forum and his ‘Great Reset’. Klaus is the mouthpiece for this stage of the operation.

The timing of a virus being released from Wuhan during an presidential election year, causing any number of voter and election fraud scenerios to occur may have actually happened naturally until you add the amount of money that has been funneled into America by Soros, Zuckerberg, and the CCP thru proxies, and you have the perfect storm of corruption, espionage, and treason. Big statements? Not so much…

Stay tuned for the second part of the story… 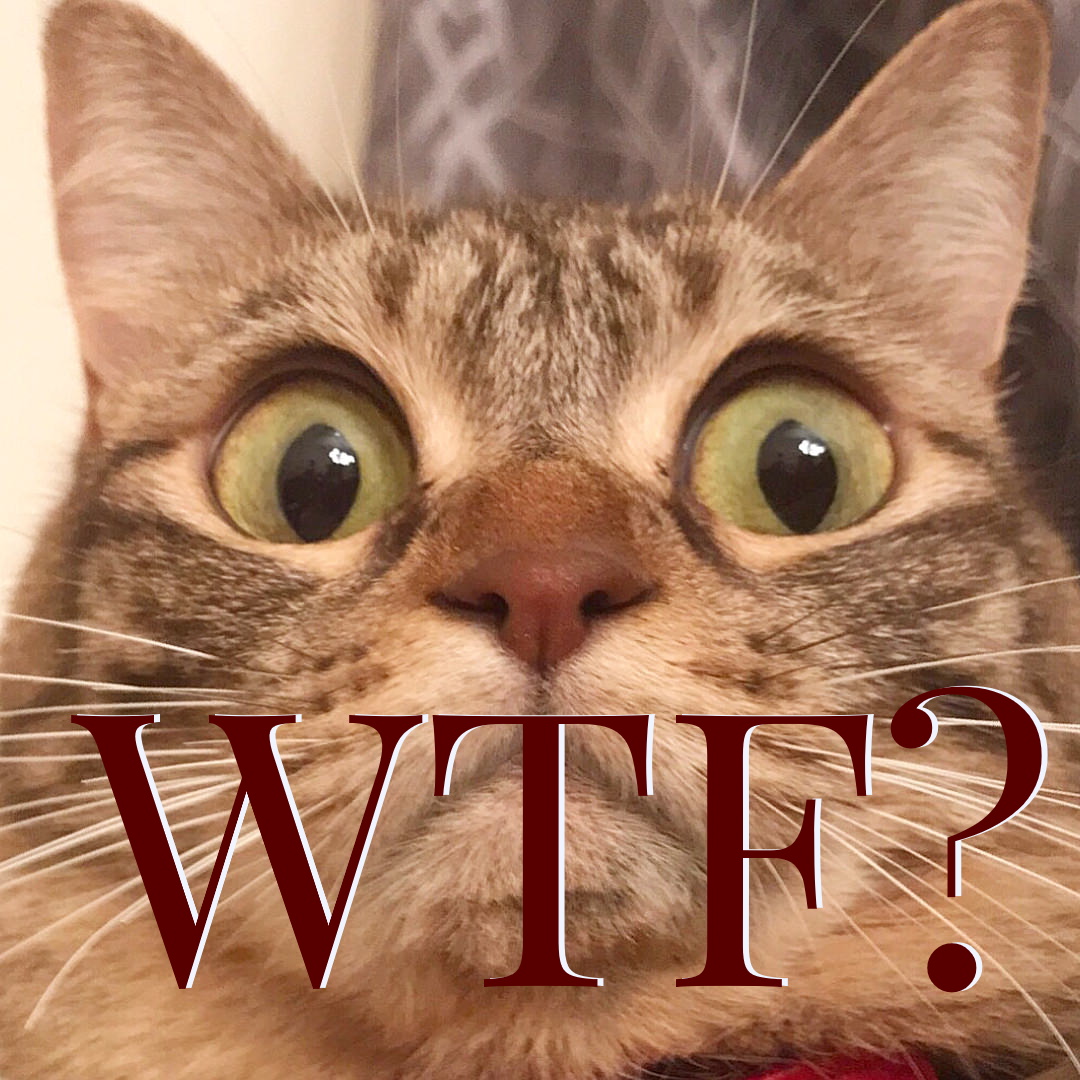 It’s Been 3 Years Since My Last Real Post And I’m STILL Saying Are You Freakin’ Kidding Me?!!

I know I shouldn’t be surprised that Congress is attempting to give themselves a $50K a year raise while giving illegal aliens $1800 and taxpaying American citizens $600; but HOLY BEJESUS, Nancy should be charged with the attempted murder of millions of Deplorables by heart attack!

Her INSANE omnibus spending bill (that had to be written by think tanks since the Great Shut Down in March) is 5500 pages long and I.Am.Sure we have not read the worst of it yet.

Nothing ever changes with these f*ckers, except 2020 is really 20/20. Cocaine Mitch (in my humble opinion) is taking strict orders from 45 to let Nan have her way and expose every single anti-American Demon thru their UNBELIEVABLE GREED. THEY KNOW the screw is coming to an end. It’s the only explanation for Mitch getting hundreds of judges thru in 3-1/2 years, then congratulating the CCP asset for his electoral college win, and lickety split passing a $2.3 TRILLION spending bill that is one monetary insult after another.

I personally think that everybody should take that $600 or whatever measly amount of our great, great, great grandchildrens’ income they are deigning to throw our way and use it to buy more firearms; that being the plan here at Monster HQ.

Today, I ran across Seth Holehouse of Man In America and the following video. I suggest new visitors watch it in it’s entirety to understand what we are up against. He covers all the important parts in a rather short amount of time. So many of us were shouting research at the tops of our lungs for so long about the globalists; finally, 20/20 is exposing them. It’s almost a badge of honor to be a conspiracy theorist now.

In other news; since the great shutdown for the plandemic created by Gates and Fauci and sent by the CCP, I have been hustling to find whatever work I can (since in my very blue state, my UI bennies went to Nigeria; only to become kickbacks). I and my family are doing okay at the moment, and we are watching the movie that has been a little over 3 years in the making start to unfold. I have to tell you that I personally am grinning like a maniac watching the panic of the demons on display. I am also very choked up at the possibility that we may see the demise of the DS in our lifetimes.

I am also very happy to be back! I know this is what I am supposed to be doing; either here or somewhere closer to the power center. I am planning on starting a podcast, and have thrown up the usual donate buttons for those that want to cast some cash my way. I really do appreciate it, but I have been in this WAR for the duration; I just couldn’t keep beating a dead horse waiting for the world to catch up to the patriots. Now they have joined the fight!!

In the meantime, MERRIEST OF CHRISTMAS’ to each and every one of my readers, American Patriots, World Patriots, and the 1st Family!!!