The 2nd American Revolution Is Here; American Political Machines Have Made Themselves Irrelevant

The 2nd American Revolution began years ago when Dr. Ron Paul founded Campaign4Liberty on June 10, 2008; setting the current wheels in motion.  In September, 2009, millions of average Americans came together to protest the District of Criminals in their very seat of power (as it had become no longer ours). Then came the elections in 2010, 2012, 2014 where average Americans went to the polls and gave control of the House of Representatives and then the Senate to the republicans in an attempt to stop the globalist onslaught.  Most people did not even know what was bothering them beyond the entire world’s reality being inside-out and upside-down.   We blamed the Bush Crime Family and the Sociopathic Obama Left for what was happening.   What did the republicans do? Oh you know, they rolled over, whined and moaned whilst wringing their hands because they had already been bought and paid for. THEY WERE AND ARE STILL PLAYING FOR THE OPPOSING TEAM!  Just look at the fact that Boehner is gone and someone even worse is now the Speaker of the House.  Does the “Freedom Caucus” in the House get it yet??????

Oh yeah, Americans LOVE THEIR COUNTRY and are FURIOUS! We trained our sights on the Republican establishment first because we tested you and you failed.  We already know the democrats are totally brainwashed to be victims and live on the plantation.  One look at their candidates, and the long list of failed democratically controlled (for decades) cities like Detroit explains it all.

We sent you to Congress to stop and then rollback the globalist agenda, and instead, you switched sides.  We KNOW what you are doing, we see your fingerprints all over the loss of our jobs through GATT, NAFTA, and WTO, the siphoning of our wealth to the banks through the Federal Reserve and ‘too big to fail’, and the rest of the skimming programs you have created (like DHS, TSA, illegal immigration, almost every alphabet agency, etc.), our national sovereignty being handed over gift wrapped to globalist organizations through TPP and TTIP, the banishment of our free speech through political correctness, and ‘chilling’ and ‘shaming’ techniques from liberal professors and the media, the stealthy demise of our right to defend ourselves through death by 1000 cuts legislation to the 2nd Amendment, and on and on and on.  We TOLD YOU we would be watching you but the establishment was just too damned greedy, racing some unknown clock, and now they have the fight they never wanted.  Welcome to the 2nd American Revolution!

And now, the fulcrum (*a thing that plays a central or essential role in an activity, event, or situation) of the revolution, Donald Trump.

Donald Trump is Interrupting the GOP Cycle | THE CIRCUS | SHOWTIME

The republican establishment elite cannot understand the rise of Trump, nor how to stop him, though I am sure they will attempt to find a way. I can already see the maneuvering and deal-making with John Kasich and Paul Ryan, and have heard the voter fraud that has occurred in almost every state polled.  It is perhaps indicative of exactly how un-American the establishment is to keep control by stealing, and also why TPTB would be rolling out virtual reality headsets so quickly…

The criminal cabal’s problem is that the days of average Americans just going back to sleep ARE OVER! This isn’t your ordinary waking giant anymore, it’s a hornet’s nest fighting for it’s survival; and damn if there aren’t more of us than the elites. We will institute a scorched earth policy for the republican establishment and all of the globalist traitors in Congress who continue to act like our Constitution no longer exists (I am pretty sure there is an EO or memo somewhere that outlawed our Constitution and they have just failed to inform us).   You can attempt a brokered convention, you can attempt to install traitor Ryan as the presidential nominee and it will all be for naught.  WE DO NOT CARE!!! YOU ARE NO LONGER RELEVANT!!!  This is the beginning of America (and the world, dare I might add) fighting back against the globalist technocratic vision of a one world government with all of us as indentured debt slaves living in 250 sqft dumpsters in cities trudging through a monochrome life where all the decisions that pertain to our lives are made by un-elected foreign bureaucrats.  ARE YOU OUT OF YOUR MINDS? (Oh, that’s right, I.forgot.Power.mad.sociopaths). IT AIN’T GONNA HAPPEN!  You have moved too fast; there are still too many Americans alive that remember what it was like to live in the real America, not the socialist-lite, politically correct, debt driven, black Friday consumer mayhem with all the little people fighting amongst themselves for scraps off the master’s table while you shitheads sip champagne, eat filet mignon, and go to the stars.

As for the democrats, it won’t be hard to reprogram all those millennials that you have worked so hard to indoctrinate into the ‘one world order’ gameplan.  The very first time you attempt to ‘re-distribute their wealth’ they will become card carrying capitalists and that ‘American’ gene that you have tried so hard to extinguish will roar to life because keeping the rewards of your labor resonates.  A government entity stealing from one person and giving to another (after they skim the cream off the top) does NOT!  Its in our very bones to object to the theft.

For those of you that need more information, I dragged this video of Judge Napolitano out of the vault laying it all out from a few years back.  As you can guess, the criminal cabal has added quite a few more thefts and broken contracts to the list.

5 Minute Speech that Got Judge Napolitano Fired from Fox News

We want peace, prosperity, privacy….none of which you would deign to bestow upon us, and guess what? You don’t own it.  It’s already ours and we are taking it back. 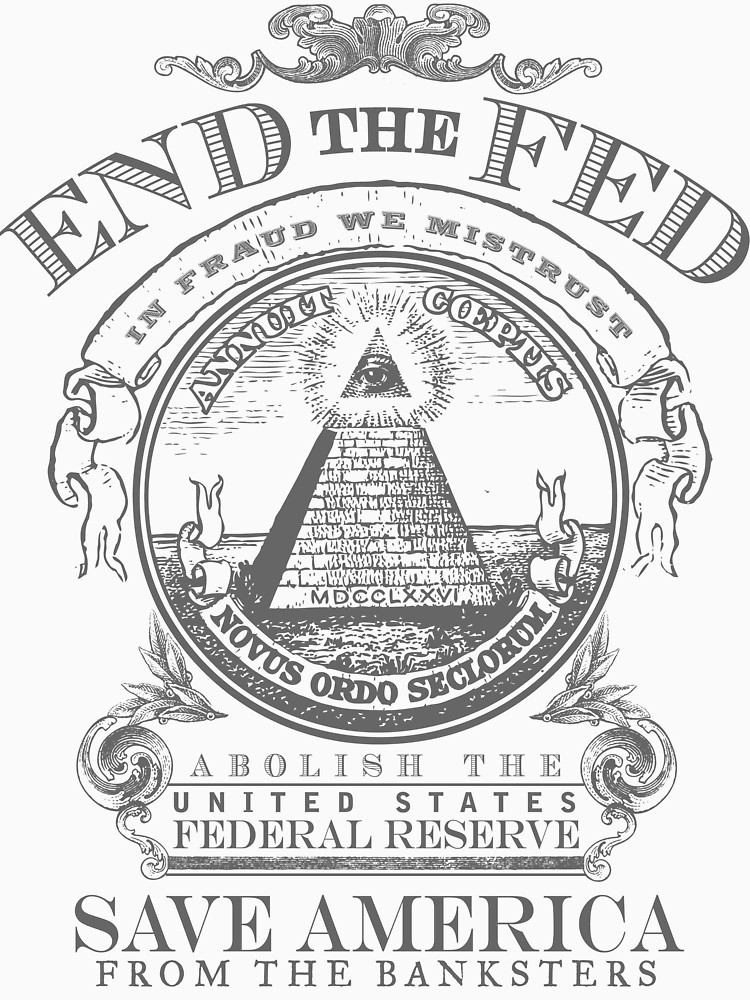 An entity that charges interest on every dollar that it prints for us. This is true and unending debt slavery.

Bad Behavior has blocked 2189 access attempts in the last 7 days.