Similar to local Emergency Alert System Tests, this Test is Scheduled to Take Place on November 9, 2011

WASHINGTON, D.C. — The U.S. Department of Homeland Security’s Federal Emergency Management Agency (FEMA) and the Federal Communications Commission (FCC) will conduct the first nationwide test of the Emergency Alert System (EAS). The nationwide test will occur on Wednesday, November 9 at 2 p.m. eastern standard time and may last up to three and a half minutes.

The EAS is a national alert and warning system established to enable the President of the United States to address the American public during emergencies.  NOAA’s National Weather Service, governors and state and local emergency authorities also use parts of the system to issue more localized emergency alerts.

Similar to local EAS tests that are already conducted frequently, the nationwide test will involve broadcast radio and television stations, cable television, satellite radio and television services and wireline video service providers across all states and the territories of Puerto Rico, the U.S. Virgin Islands and American Samoa.

On November 9, the public will hear a message indicating that “This is a test.” The audio message will be the same for both radio and television. Under the FCC’s rules, radio and television broadcasters, cable operators, satellite digital audio radio service providers, direct broadcast satellite service providers and wireline video service providers are required to receive and transmit presidential EAS messages to the public. A national test will help the federal partners and EAS participants determine the reliability of the system and its effectiveness in notifying the public of emergencies and potential dangers nationally and regionally.

Near-Earth asteroid 2005 YU55 will pass within 0.85 lunar distances from the Earth on November 8, 2011. The upcoming close approach by this relatively large 400 meter-sized, C-type asteroid presents an excellent opportunity for synergistic ground-based observations including optical, near infrared and radar data. The attached animated illustration shows the Earth and moon flyby geometry for November 8th and 9th when the object will reach a visual brightness of 11th magnitude and should be easily visible to observers in the northern and southern hemispheres. The closest approach to Earth and the Moon will be respectively 0.00217 AU and 0.00160 AU on 2011 November 8 at 23:28 and November 9 at 07:13 UT.

NEO ASTEROID YU55 DUE TO PASS BY EARTH

In August 2010, the PTWS Steering Committee (SC) met to discuss the progress of the PTWS during the intersessional period, including the next PTWS exercise. Considering the general objectives of PACWAVE08, the SC approved the PACWAVE Summary Report and requested Working Groups 2 and 3 (Tsunami Detection, Warning and Dissemination; Tsunami Awareness and Response) to cooperate in the preparation of an end-to-end communication exercise PACWAVE11 in November 2011. The actual evacuation of local communities (or parts of it) will be left to the decision of local or national authorities. A PTWS Exercises Task Team was formed, chaired by ITIC and New Zealand, to organize the exercise and elaborate on detailed scenarios.

PacWave11 will be held on 9-10 November 2011 as a multi-scenario exercise that will allow all PTWS countries to exercise using a destructive local or regional tsunami scenario. PacWave 11 will also be used to introduce new tsunami advisory products of the PTWC that were proposed by the PTWS Enhanced Tsunami Warning Products Task Team and approved by ICG/PTWS-XXIV. IOC Circular Letter 2390 was issued on 13 May 2011 announcing the exercise and requesting PTWS Countries to nominate a PacWave11 focal point. IOC Manual and Guides 58 on How to Plan, Conduct, and Evaluate Tsunami Exercises was issued in July 2011. The PacWave11 Exercise Manual (IOC TS 97) was published in August 2011. UNESCO will issue a press release on 1 November 2011. 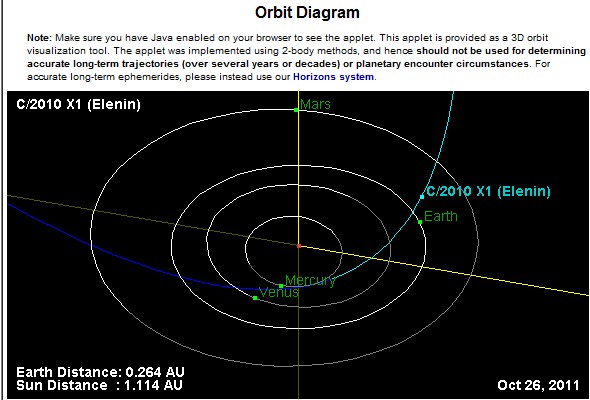 Bad Behavior has blocked 1728 access attempts in the last 7 days.