On the anniversary of the day that our sacred Declaration of Independence was adopted by some very savvy and forward thinking individuals who had lived exclusively (and their ancestors before them) under the dictates of some guy that just happened to be a king, I am sorry to be the bearer of bad news, but WAKE THE **** UP AMERICA!  It may already be too late when the globalists’ creation can even think to ask if this document matters anymore…

And the award for being the creator of the propaganda arm of the globalists goes to…(and yes, this is going to be good)…

In the Feb. 7, 1941 issue of Life magazine, founder and publisher Henry Luce authored and signed an editorial, “The American Century,” announcing that the American Synarchists intended to rule the world at the close of the war and impose their own jaded version of “American values” on the world, through “any means necessary.” Luce’s thesis was reproduced and mass-circulated throughout the United States.

The populations of the world, exhausted from the destruction of war and the bestiality of Hitler, Stalin, and Hiroshima, naturally hoped for something better. But the universal glimmer of optimism, of being able to rebuild, was further shattered when Allen Dulles, John J. McCloy, and their associates, including Luce, deployed to create the Congress for Cultural Freedom (CCF), whose explicit purpose was to launch a fascist assault on truth as science and on Classical culture.

Time magazine was created in 1923 as a mouthpiece for the American Synarchists, grouped around the banking interests of J.P. Morgan. It is hardly a coincidence that, simultaneous to the launching of Time, in Europe, Count Richard Coudenhove-Kalergi, another leading Synarchist, was launching his Pan-European Union, which would be a leading propaganda vehicle for the winning of support among Europe’s financial oligarchy for the “Hitler-Mussolini” universal fascism project.

Henry Luce was just out of Yale University, where he was a member of the secret society Skull and Bones (class of 1920). Morganfunnelled Luce start-up cash, and Luce tapped numbers of his friends from his secret brotherhood to create and run what would become a propaganda empire. In 1930, for example, Luce chose Russell Davenport, an intimate Bonesman, to become Fortune magazine’s first editor-in-chief.

Initial members of the board of directors of Time included Henry P. Davison, Jr., a fellow classmate and Bonesman, whose father was a senior partner at J.P. Morgan. Davison brought in Dwight Morrow, another Morgan partner, to finance the start-up. Morgan interests were further strengthened, when in 1927, John Wesley Hanes was placed on the board. Start-up funding also came from William Hale Harkness, a board member, who was related to Rockefeller partner Edward S. Harkness.

Y’all remember Henry P. Davison?  Yes, one of the creators of the Federal Reserve Act at Jekyll Island in 1910 which has slowly and relentlessly turned Americans into sharecroppers on their own land through debt.  Yes, the very same Federal Reserve that has created the bubbles to pop them to enrich their coffers at our expense.

Luce‘s personal lawyer, who would come to represent his entire media empire, was his brother-in-law Tex Moore, of Cravath, deGersdorff, Swaine and Wood, the same firm which deployed both Allen and John Foster Dulles to facilitate bringing Hitler to power in the early 1930s.

Luce was an intimate of Britain’s Lord Beaverbrook and the Prince of Wales, who were notoriously pro-Hitler and members of the Cliveden set. He also formed an extremely close relationship with Winston Churchill, himself a promoter of Hitler in the early 1930s.

Americans were introduced to Benito Mussolini and Fascism in one of Time’s first issues when the Synarchists decided to celebrate Il Duce’s 40th birthday, and have Americans join them, by placing his portrait on the cover of the Aug. 6, 1923 issue of Time. This would be the first of five cover appearances.

Luce was America’s fascist “Elmer Gantry.” He toured the country selling fascism to America’s business elite and upper class on the one hand, and using his mass propaganda outlets to “sell it to the mickeys” [common folks] on the other.

Luce unabashedly promoted Synarchy. Appearing before business groups, he promulgated the idea that America’s corporate and banking elites were more powerful and important than the U.S. government, stating:

“It is not a seat in Congress but on the directorate of the greatest corporations which our countrymen regard as the greater post of honor and responsibility.”

Likening America’s financial tycoons to Europe’s aristocracy, he featured both in the pages of Fortune magazine.

Are you understanding how long this has been going on YET?

On Nov. 28, 1930, he stated to a Chicago audience that Mussolini‘s Italy was a success story: “A state reborn by virtue of Fascist symbols, Fascist rank and hence Fascist enterprise.” Luce further declared, on April 19, 1934 in a speech to the Scranton, Pa. Chamber of Commerce

“The moral force of Fascism, appearing in totally different forms in different nations, may be the inspiration for the next general march of mankind.”

While Luce organized the upper crust through Fortune, he fed the general population a carefully crafted diet of stories about Hitler,Mussolini, and Franco through the writings of his foreign news editor, Laird Goldsborough, a publicly avowed fascist, anti-Semite, and pro-Nazi who in 1933 interviewed both Hitler and Mussolini.

Luce had a visceral hatred of [Franklin Roosevelt] and the New Deal. He attacked them both on his speaking tours and in print. Intimates reported that he became apoplectic with violent rage at the mere mention of FDR’s name.

Luce‘s role in the Morgan-organized “Smedley Butler” coup plot against Roosevelt was significant. Luce prepared the entire July 1934 issue of Fortune as a detailed study of the political, cultural, and economic experiments of Italian fascism. This was unheard of. The issue was timed to appear as the coup went into its final month, and it was undoubtedly intended to rally upper-class support for the coup and the transition to an American form of fascism.

Although Luce later promoted the turn away from fascism, when it was necessary to defeat Hitler, he heralded the postwar policy of the Anglo-American Synarchists with his famous 1941 Life magazine editorial, “The American Century,” which announced the Synarchist goal of Anglo-American world domination at the close of the war. Luce wrote:

“We must accept whole-heartedly our duty and our opportunity as the most powerful and vital nation in the world and in consequence to exert upon the world the full impact of our influence, for such purposes as we see fit and by such means as we see fit.”

The editorial was mass-produced and circulated widely; it appeared in full in the Washington Post and Reader’s Digest. Although he did not include the point in this editorial, Luce would soon argue, also in the pages of Life, for preventive nuclear war against the Soviet Union.

The outlook of today’s Beast-Men, led by Vice President Dick Cheney, is a continuation of the policies represented by Luce and the fascists of the 1930s and 1940s. Cheney’s inner core of neocons are all signers of the founding principles of William Kristol‘s “Project for a New American Century“, explicitly modelled on Luce’s theme. The “Children of Satan”, as Lyndon LaRouche has determined they rightly be called, had Henry Luce as one of their godfathers. Luce’s brothers at Skull and Bones gave him the secret name of “Baal.”

The Congress for Cultural Freedom was created to implement Luce‘s “American Century.” Luce helped finance its operations, and his trusted vice president at Time-Life, C.D. Jackson, oversaw much of its policy as special advisor to the President for psychological warfare. [See U.S. Office of War Information –ed]

For those that read the previous article about the legislative branch trying to abolish the Natural Born Clause, the following image will make you understand why Obama must be exposed for the british subject that he is, why his removal from office and rescission of all of his appointments, executive orders, and laws must happen immediately. 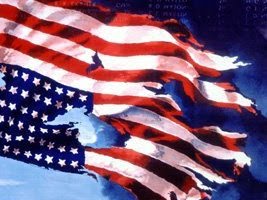 Bad Behavior has blocked 1435 access attempts in the last 7 days.