Watching The Big Government Party Come Out Of The Closet

Guess Who Is Coming Out Of The Closet?

There is a move on to mix up the seating arrangement at pResident Dipstick’s SOTU speech later this month with Democriminal Mark Udall and Republicriminal Lisa Murkowski leading the ‘civility’ charge.

I heard about this idea yesterday and also learned that the reason the two parties sit exclusively apart is to show party unity and belief system.

We are being treated to history being made (yet again); the District of Criminals’ Progressive Big Government Party coming out of the closet.  I say they should sit together as they are all the same; just look at their voting records.

Momentum builds for bipartisan State of the Union seating

Momentum is building to mix the traditionally partisan seating arrangements at the State of the Union later this month, even though there’s no clear plan for how to actually make that happen.

Several Senate Republicans have signed on to the effort, along with a few key House leaders, who have endorsed Democratic Sen. Mark Udall’s proposal to head across the aisle – literally – and sit with members of the opposite party during the annual address on Jan. 25.

All told, more than two dozen members of Congress have publicly endorsed the idea.

Congressional seating is open at the State of the Union on a first-come basis, so anyone can sit anywhere — outside of the first few rows reserved for cabinet officials, Supreme Court justices and certain congressional leaders.

The real test will come the evening of the address, when members will choose to sit with their parties or mix it up. But at least on paper, Udall’s request for a “symbolic gesture of unity” is gaining support.

“Congressional reaction to the president’s State of the Union address has increasingly come to symbolize the sharp partisan divide in Congress,” Murkowski said in a statement. “So we think a good first step towards greater civility would be for senators and congressmen, Republicans and Democrats, to sit together in the House chamber on Jan. 25 when President Obama addresses a joint session.”

And in the House, the third-ranking Republican, Rep. Kevin McCarthy, told reporters at his party’s retreat in Baltimore Friday that he’s happy to sit with his Democratic colleague, Minority Leader Steny Hoyer, who is also supportive of Udall’s proposal.

Meanwhile, Majority Leader Eric Cantor also seemed open to the possibility, according to a statement from his spokesman, Brad Dayspring, who told POLITICO that the Virginia Republican is “happy to sit with any of his colleagues during the State of the Union address.”

Udall appears pleased with the reception so far, tweeting Friday that, “Bipartisan seating at the #SOTU is catching on. GOP’s #3 leader, Kevin McCarthy, just said he’s open to it.”

Meanwhile, more than a handful of Democrats in the House also have signed on, including Reps. Heath Shuler of North Carolina, Mike Ross of Arkansas, Jim Matheson of Utah, Sanford Bishop of Georgia and Reps. Chellie Pingree and Mike Michaud both of Maine.

But at least one House Democrat has not warmed up to the idea: Rep. Jesse Jackson, a Democrat from Illinois, said: “The president’s speech on economic rights for the American people should bring us together, not the seating chart.” 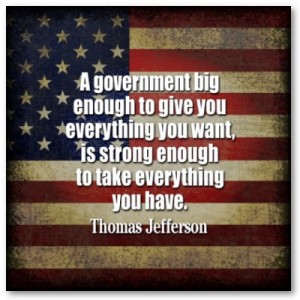 No need to take names, but….

This will be the first real test of the newly elected Tea Party candidates as the co-opting begins with something incredibly small and seemingly reasonable.