(Editor’s Note: I read about this about a week ago but have been a bit under the weather; now it’s time to catch up.)

MESSAGE FOR THE MOOS: 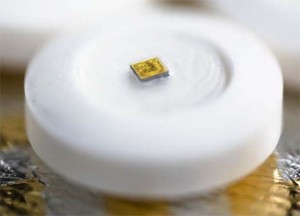 Get ready for the newest assault on privacy and American values as we jump from TSA nude body scanners, genital groping and $10,000 fines for non-compliance  with TSA to Big Pharma once again doing something because they can without regard for whether they should.

When one takes the human interaction of looking somebody in the eye out of the equation, incredibly sophisticated and evil shit happens as microchips in your medications transmit data (unencrypted), can be used to track you and whether or not you are taking your meds, effect your chances of new employment, and trigger TSA violations.

I am feeling a big fat can of whoop ass coming towards Big Pharma as newly awakened Americans push for more natural remedies.

Many thanks to NaturalNews for an excellent article:

(NaturalNews) The age of pharmaceutical microchipping is now upon us. Novartis AG, one of the largest drug companies in the world, has announced a plan to begin embedding microchips in medications to create “smart pill” technology.

The microchip technology is being licensed from Proteus Biomedical of Redwood City, California. Once activated by stomach acid, the embedded microchip begins sensing its environment and broadcasting data to a receiver worn by the patient. This receiver is also a transmitter that can send the data over the internet to a doctor.

The idea behind all this is to create “smart pills” that can sense what’s happening in the body and deliver that information to the patient’s doctor. Novartis plans to start microchipping its organ transplant anti-rejection drugs and then potentially expand microchipping to other pharmaceuticals in its product lineup. This same technology could soon end up in pills made by other drug companies, too.

It all sounds good on the surface, but NaturalNews readers no doubt have lots of skeptical questions about this technology. For starters, Novartis apparently isn’t planning on conducting any clinical trials that might take into account the safety issues of swallowing microchips. “Novartis does not expect to have to conduct full-scale clinical trials to prove the new products work,” reports Reuters. “Instead, it aims to do so-called bioequivalence tests to show they are the same as the original.” (http://www.reuters.com/article/idUS…)

But I have a question: What chemicals or heavy metals are contained in the microchip itself? A microchip that transmits data obviously must have a power source, meaning it needs to have a very small battery or capacitor of some sort. The materials used in capacitors and batteries, to my knowledge, are toxic to the human body and should never be eaten.

Microchips are not food, and to swallow them seems risky to your health, especially if you’re swallowing several microchips per day.

Another huge concern with microchips that transmit data is data privacy. If these microchips are broadcasting information, then obviously that information can be picked up by anything nearby, including potentially unscrupulous individuals or organizations who might put it to a nefarious use.

For example, suppose a local pharmacy store installs a microchip signal detector in their main door entrance in order to track people who are broadcasting medication data. They could then theoretically decode that data and use it to determine what health condition that customer might be suffering and then push competing generic pharmaceuticals as a replacement.

Government agents could carry “pharma microchip scanners” that determine what pills you’re taking right now. This could be used to violate your privacy by sharing that data with other government agencies or it could even be sold off to third-party marketing companies.

I very much doubt the data being broadcast by the microchips in these pills will be encrypted because encryption requires real processing power, and there isn’t room for much of a CPU or power source inside these tiny microchips. Most likely, they are going to broadcast raw signal data that can be detected and decoded quite easily.

Remember to take your meds

But the really scary part about these microchipped medications is that this technology will be used to make sure people are taking their medication. Drug companies lose billions of dollars a year (in their minds) from patients not remembering to take their pills. Of course, half the reason they can’t remember to take their pills is because many pharmaceuticals damage cognitive function, but that’s another story.

So this smart-pill microchip technology will likely be used to track what pills patients have taken so that they can be “gently reminded” to take more pills they may have forgotten. In the marketing business, this is called a “continuity program.” It’s a way to make sure repeat sales happen on a regular basis.

In this context, microchipping the pills benefits the drug companies, not necessarily the patients. This is especially true when considering those pharmaceuticals that are harmful to human health — and we all know the pharmaceutical market is full of pills that have later been found to be extremely dangerous or even deadly (Vioxx, anyone?).

Now, there may be one interesting side effect to all this: Employers who are interviewing potential job candidates might be able to buy (or make) simple drug scanning devices that detect the presence of a pharmaceutical microchip broadcast signal. (You could probably make one in your garage from electronic parts purchased at Radio Shack.)

This might be very useful for employers who don’t want to hire people taking medications. They invite you in for an interview and quietly scan for drug broadcast data. A red light tells them you’re broadcasting medication data, and they calmly tell you the interview is over and “we’ll get back to you.”

With employers right now drowning in health insurance costs, this could provide a simple, easy way for corporations to avoid taking on anyone who might create a cost burden on their health insurance plans (from their point of view). I don’t necessarily agree with this use of the technology; I’m just saying this is one way in which it is likely to be used by employers to screen out employees who are on medications.

Cops, too, could use a similar scanning device to determine if a driver at the scene of an accident might be medication impaired. Now this is a use I actually do agree with. Today’s roadways are filled with mentally impaired drivers who are doped up on medications. The problem is actually far worse than drunk drivers, by the way, and yet virtually nothing is being done to combat this problem of “medicated drivers.” (Most people don’t even know the problem exists.)

If people taking medications are broadcasting that fact through all the little microchips they swallow, then scanning for the presence of medications is simple. It’s even easier than a breathalyzer test because it requires no action on the part of the test subject. The cop just presses a button, waits two seconds, and can then determine whether you’re broadcasting medication data. At that point, you might be arrested under suspicion of “driving while medicated.”

Another reason not to take meds

There are clearly a lot of unanswered questions and even some potential risks involved in taking microchipped pharmaceuticals. For some people, privacy issues may be the biggest factor of all, because who wants to broadcast the fact that they’re taking meds in the first place?

I don’t take any pharmaceuticals, obviously, and most NaturalNews readers avoid them, too. The fact that drugs will soon be microchipped is yet another good reason to find more holistic ways to take care of your health. Don’t bet your life (and your privacy) on Big Pharma’s pills. Choose a healthy, holistic lifestyle based on nutritious, organic foods, regular exercise and the avoidance of all man-made (synthetic) chemicals, and you most likely won’t ever need pharmaceuticals for your entire life.

The age of microchipping people and microchipping medications is now upon us. Given what the TSA is doing right now with naked body scanners (http://www.naturalnews.com/030100_n…), you can only imagine what Big Brother will do with any medication data you might be broadcasting from inside your body.

In fact, the very idea that there is a microchip inside your body that’s broadcasting data might get you flagged as a possible terrorist by the TSA, which would then proceed to finger your genitals and palm your breasts as part of their new “enhanced pat-down” groping technique. (http://www.naturalnews.com/030302_T…)

The best way to avoid all this risk is to simply eat your veggies and drink your superfoods. Don’t become a trackable, traceable, microchipped subject of the medical industry that wants to turn your body into a chemical profit center.

Bad Behavior has blocked 1667 access attempts in the last 7 days.