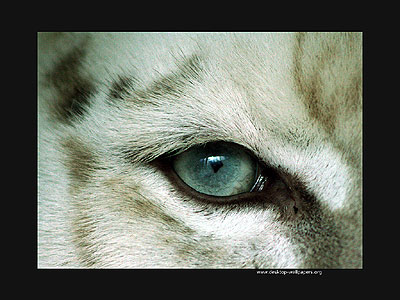 In the greatest understatement of the century, I am going to unequivocally say that the economy sucks rocks, and because of it, I need sponsors.

I started writing this blog in June, 2008, long before Obama was installed in an attempt to educate enough people as to the narcissistic, wealth redistributor that he is. I carried this site financially until January 2010 when 5 sponsors stepped up and started covering the costs of the server after I lost my job in September of 2009.  My spousal unit lost his job seven months ago, and though we are making ends meet, we are about to be dead in the water as we are two of the millions of Americans that cannot find a job as our former industries have been collapsed.

It’s time to re-invent myself yet again, and I already have the greatest of opportunities.  I have built a website that gets more than 4000 unique visitors a day, with thousands of page views and some very interesting visitors ranging from the White House, The Fed, to our daily visitor, Department of Homeland Security.  I don’t have advertisers because I don’t want the message being blackmailed, and to be honest, the left and the right really don’t know what to make of this site.  I am neither a progressive lefty nor a right-wing conservative; I am a Constitutionalist.

Logistics Monster requires between 100 and 200 sponsors (depending on monthly sponsor donations of $10 to $20) in order to turn what has been an uncompensated labor of love and patriotic duty into a way to provide for my family. I need folks to reward the hard work and due diligence of an American that has brought you the news and research that LM has become known for over the years, and wishes to continue to do so. I have done the work and brought stories to my readers that NOBODY else has covered (FinReg, 401(k), DHS).  I want to turn lemons into lemonade, but I need your help.

Please be one of the 100-200 (of thousands that visit) that compensates the value of the work and steps up by becoming a ‘Monster Sponsor‘.

and on behalf of Tiger’s efforts, I put out the call for everyone to dig deep and send 20 bucks and or find someone supporting a valuable candidate to dig out 10 people to send 20 bucks to Tiger to launch this venture; give up a bottle of wine or happy hour or a steak just one day and pass it on to her somewhere she has a donate click. – Comment left by Granny

Sean Bielat Making Barney Work For His Spot At The Trough

My readers know that I consider Barney Frank to be one of the top public enemies of the republic because of his almost 3 decade track record of progressivism in the US House.  I believe that Barney needs to be fully investigated, charged and convicted when it comes to what he knew and when he knew it in regards to banking, housing, and regulation. (The other two PEs being Bernanke and Geithner.)

All of that being said, along comes a marine named Sean Bielat who has the economic credentials (Wharton) that Barney lacks, and who is giving B-Boy the political fight of his life.

Frank, a Democrat who began October with more than $1 million in his campaign account compared with Bielat’s $364,000, said he’s taking money out of his own pocket to fight anticipated spending by outside groups.

Those ‘outside groups’ being the silent majority of everyday Americans that are fueling all the constitutional candidates campaigns.  You. Me.

I am hoping you will see what I see in this interview with Sean Hannity (10.26.2010), and hit the ‘ByeByeBarney‘ banner at the bottom of this article to donate to Sean’s real, bonafide chance to fire ‘Fannie and Freddie are sound’ Barney Frank.  Without traitors like Barney Frank and Chris Dodd inside congress protecting them, Ron Paul might actually get that audit of the Fed and the abolition of the private banking cartel mafia.