AYFKM? Obama Closes Parts Of Arizona Instead of Repelling The Invasion?

The border of Arizona is being breached by criminals with guns, and our federal government has responded by closing parts of Arizona instead of sending troops to repel the invasion?  Congressmen?  Senators?  Are you ready for a whole lotta ugly if you don’t do something about the Anointed One?

A massive stretch of Arizona is now off limits to…Americans.  Critics say the administration is, in effect, giving a major strip of the southwest back to Mexico.  US Fish and Wildlife have closed a portion of the Buenos Aires National Wildlife Refuge all along the border, warning visitors to beware of heavily armed drug smugglers and human traffickers. 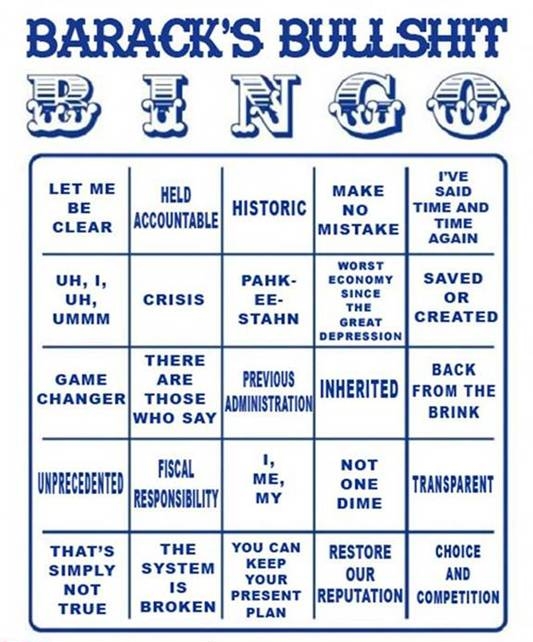 I have to apologize for being so late with this post; it totally slipped my mind that I had Barack’s Bullshit Bingo Card available for your use during one of his many “blame someone else while we rape taxpayers” speeches.  Feel free to download and print for this evening’s festivities.

What better way to honor the fool that embarrasses America on a daily basis.

Is it November yet?

For live streaming coverage of the House Energy & Commerce Subcommittee hearings on the Gulf Oil Leak from Big Oil CEOs can be found here on C-Span 3.

In related news, Barry is going to give us another czar to oversee the gulf oil leak.

Robert Gibbs: “We are going to outline tonight groups of people and somebody that will be in charge of putting a recovery plan together, and ready to have once we get past the cleanup and response phase of this disaster”

Who Is Directing Obama’s Response To The Gulf Oil Leak

Robert Dreyfuss reports in the March 1, 2004 edition of The Nation: “The idea for the Center began with discussions in 2002 between [Morton] Halperin and George Soros, the billionaire investor. … Halperin, who heads the office of Soros’ Open Society Institute, brought [former Clinton chief of staff John] Podesta into the discussion, and beginning in late 2002 Halperin and Podesta circulated a series of papers to funders.”

From WSJ and Jonathan Weisman.

If you want to see where President Barack Obama’s response to the Deepwater Horizon disaster is heading, try following the urgings of the Center for American Progress.

The liberal think tank with close White House ties appears to have more influence on spill policy than the president’s in-house advisers. On May 4, for instance, the CAP’s energy and environment expert, Daniel Weiss, called on the president to name an independent commission to look at the causes of the Deepwater Horizon disaster. On May 22, he did just that.

On May 21, CAP president, John Podesta, privately implored White House officials to name someone to be the public point person for the spill response. A week later, the White House announced that Coast Guard Adm. Thad Allen would hold daily briefings on the spill, wherever he would be on any given day.

On May 26, Weiss said the White House needed to demand that BP immediately set up an escrow account with billions of dollars from which claims for Gulf state residents would be paid out.

Fannie And Freddie; The Bottomless Pit

END_OF_DOCUMENT_TOKEN_TO_BE_REPLACED 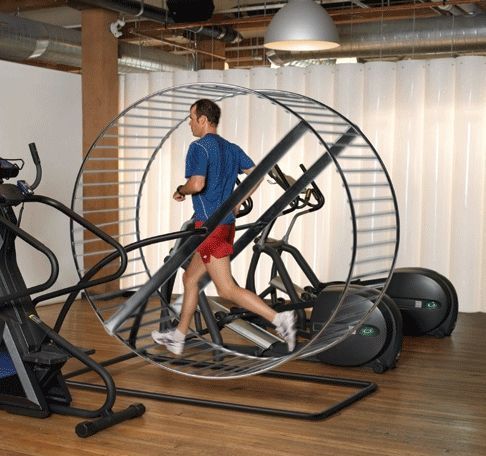 On the day that Obama announced $400 million in aid to Gaza, he also signed an executive order under cover of the freedom flotilla dustup and those worthless UN sanctions against Iran (June 10,2010).  (H/T to reader “G” for sending this article my way.)

A new council has been formed which will be handing a report to Obama by July 1st, 2010 (some 16 days from now) to:

(a) describes the activities and efforts on prevention, health promotion, and public health and activities to develop the national strategy conducted by the Council during the period for which the report is prepared;

(a) provide coordination and leadership at the Federal level, and among all executive departments and agencies, with respect to prevention, wellness, and health promotion practices, the public health system, and integrative health care in the United States;

and is meant to:

I find the inclusion of the Department of Homeland Security as part of a council on health issues to be very interesting.  I also find the fact that the reports are to be submitted annually until January 1, 2015 to be very curious.  What happens then?

Warning: the link below goes straight to WhiteHouse.gov.  All emphasis is completely mine and meant to help skimmers.

Office of the Press Secretary

By the authority vested in me as President by the Constitution and the laws of the United States of America, including section 4001 of the Patient Protection and Affordable Care Act (Public Law 111-148), it is hereby ordered as follows:

Section 1. Establishment. There is established within the Department of Health and Human Services, the National Prevention, Health Promotion, and Public Health Council (Council).

(a) The Surgeon General shall serve as the Chair of the Council, which shall be composed of: