UPDATE: (6.11.2010): News stories about the media shutdown around the Gulf Oil leak are starting to surface in the MSM, here, here, and here. I just ran across this video from On The Outside Looking In with a pilot that violated the airspace over the leak and subsequently received a warning phone call from Homeland Security, Air and Marine Division. If you are in the vicinity and have video footage or audio of the media blackout conditions, please contact me on my contact page.

Related: MUST SEE VIDEO: Lindsey Williams on Alex Jones about the oil volcano that is being covered up by BP and the government.  Also, there is a caller at 1:15 (Mike) who is a reporter in New Orleans who has sources that confirm that BP is in control of everything in the area and there is a total and complete media blackout. (H/T PM)

Do these images from the video below look like an oil leak or a volcano (29:35): 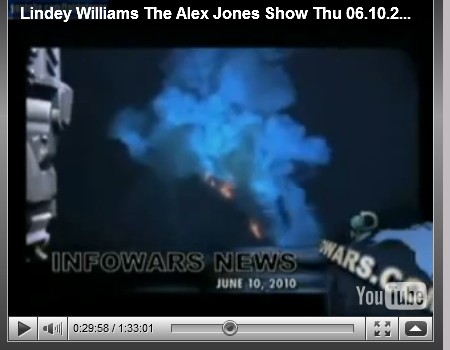 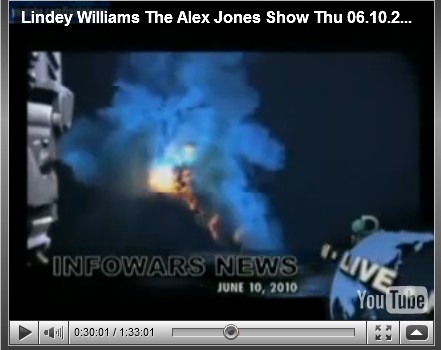 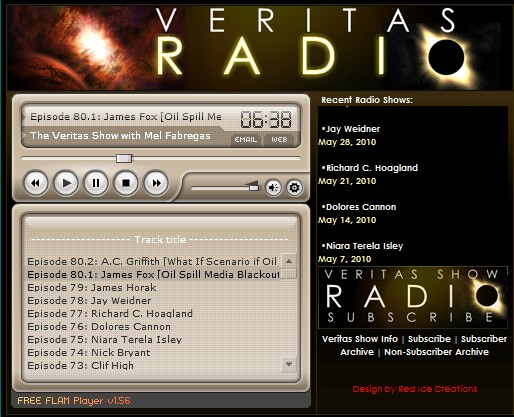 (Editor’s Disclaimer:I have not been able to confirm these reports but felt the information was important enough to post in hopes that citizen journalists in the Grand Isle area could confirm or debunk the following story of a complete media blackout.  If I lived there, I would be there.)

James Fox in Grand Isle, LA during a radio interview with VeritasRadio speaking about the media blackout resulting in arrests.  There are also unconfirmed reports of troops on the ground.

After listening to James Fox, please listen to the A.C. Griffith report of how large the oil leak probably is, how long it might take to stop, and where it most likely will end up.

Mark Levin from a month ago talking about the SWAT teams being deployed from the Dept. of the Interior to the oil platforms.