Reporting from Phoenix —
Under a broiling desert sun, tens of thousands of protesters on Saturday slowly marched five miles to the state Capitol to rally against Arizona’s controversial new immigration law.

And now for the real story.

American Power (Make sure to hit the link and see the rest of the photos and commentary):

Immigrants and Socialists March Against SB 1070 in Phoenix

This is why I covered it. Reading the morning newspapers on yesterday’s illegal immigrant march in Phoenix, you’d think it was just a nice outing for families to stand up against Arizona’s SB 1070. But this was no weekend picnic. The event was more about revolution and reconquista than about “immigration reform.” The Arizona Republic, CNN, and the New York Times all publised blasé reports, riddled with inaccuracies and omissions. 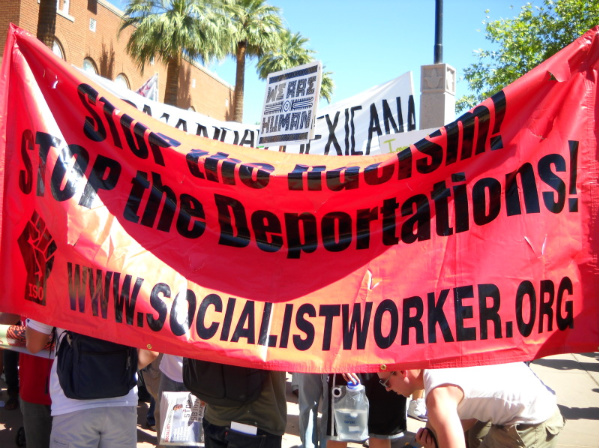 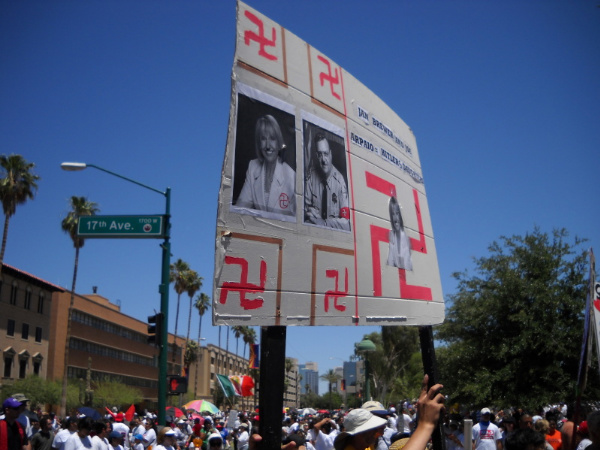 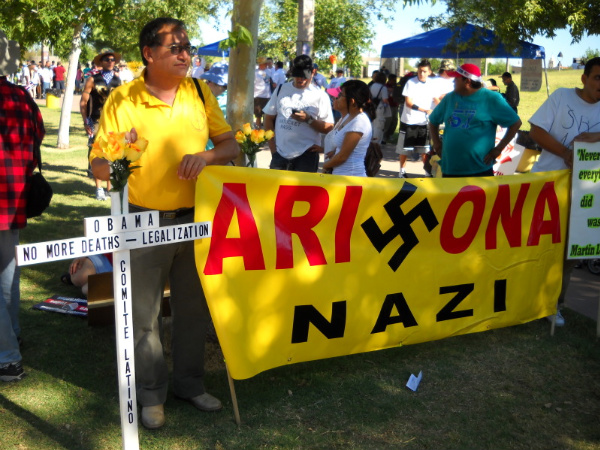 Bad Behavior has blocked 2102 access attempts in the last 7 days.