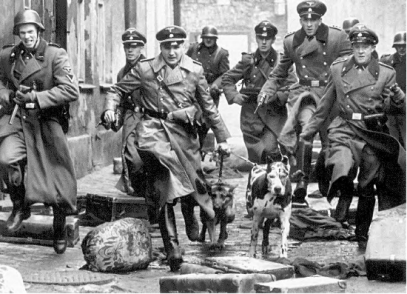 We don’t trust Obama, this administration, DHS, or Congress to do their jobs.  An expected event has now arrived.

(Reuters) – The Obama administration has started using special law enforcement and intelligence teams to interrogate suspected militants in the United States and abroad, including the Pakistani-American arrested in the Times Square bombing plot, a top official said on Tuesday.

U.S. Attorney General Eric Holder announced the formation of the High-Value Detainee Interrogation Group (HIG) in August and gave the reins to the Federal Bureau of Investigation, replacing the Central Intelligence Agency that did have the lead role in intelligence interrogations.

The program calls for the deployment of Mobile Interrogation Teams, made up of specialists from across the law enforcement and intelligence community, to question important detainees, whether they are in U.S. custody or in the custody of a foreign government.

“There have been a number of deployments of these Mobile Interrogation Teams to include for the Faisal Shahzad case,” said John Brennan, assistant to the president for homeland security and counterterrorism.

Shahzad, a U.S. citizen born in Pakistan, is charged with trying to set off a crude car bomb in New York’s crowded Times Square on May 1. Prosecutors say he has provided valuable intelligence to investigators, who believe he was helped by the Pakistani Taliban movement.

Brennan declined to say whether the mobile teams have also been used in interrogations of the Afghan Taliban’s No. 2 leader, Mullah Abdul Ghani Baradar, who was captured in the Pakistani city of Karachi in January in a joint operation by the CIA and Pakistan’s Inter-Services Intelligence spy agency.

Baradar is in Pakistan’s custody.

The HIG is the product of executive orders issued by President Barack Obama shortly after he took office in January 2009. The orders banned harsh interrogation methods put in place by his predecessor, President George W. Bush, and moved to close the Guantanamo Bay prison camp in Cuba along with secret CIA detention facilities.

Republicans in Congress have sharply criticized the Obama administration’s decision to send suspected militants to criminal courts rather than military tribunals, arguing that important intelligence is lost by cutting short interrogations.

Officials said the CIA plays a major part in the HIG’s activities.

Overseas, the CIA’s main role is to gain access to the detainee for questioning.

While there is no legal prohibition against CIA personnel participating in questioning a detainee in the United States, an administration official said “our practice so far and historically has been to leave the questioning to the FBI interrogators and for the CIA to provide subject matter experts outside the room, if you will.”

“The purpose … is to ensure that we optimize intelligence collection,” an Obama administration official said.

Bad Behavior has blocked 1426 access attempts in the last 7 days.