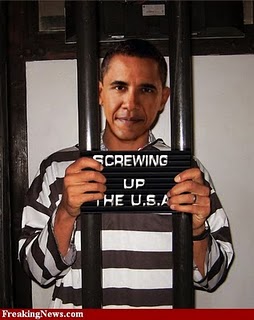 Booth testified that anyone could get a Certification of Live Birth, it does not prove ANYTHING. Then she discussed the birth announcements and she stated that anyone could put that in the paper if they want to notify the town about a new baby in the family.

Manning discussed his phone call with Wayne Allyn Root and about the article that Root posted on the Internet . many libertarians attacked Root for even considering to testify at this trial. Also, many Columbia University Alumni contacted him as well. What are they afraid of? Root said he never saw or heard of any student named Barack Obama at Columbia University at that time that Obama claims he attended the school. Root had the same major as Barry, but still never heard of him.

Manning submitted the article as evidence.

Next, Manning described a letter that he got from a former KGB agent that was also a double agent with the CIA. The informant Mike, stated that Obama worked with the CIA for 4 years (1981-1985) in Pakistan assisting the Mujahadeen fighters during the Soviet-Afghan war.

Manning then stated that factions of the CIA and the KGB are working together to install a socialist government and that Bill Clinton, Leon Panetta, Rahm Emanuel and Obama are all in on it. This means that there has been a conspiracy for at least the past 20 years to create a super spy agency. This spy agency would blackmail and assassinate the opposition, the Republicans were targets.

This was called “The Professional System”. A KGB like security force that will undermine freedom and elections in the United States, to shove this nation into a socialist state.

This KGB agent claimed that the CIA was more interested in American citizens, rather than foreign enemies. Basically he is saying that they have been compromised by the enemy.

Manning – They put out a hit on me

Pastor Manning then stated that he was informed by a disgruntled CIA agent that a hit was put on his head by the CIA. This was by an anonymous caller and it was just two days after the CIA, Homeland Security and the NYPD visited Manning’s church. Manning claims that the hit was called off when the assassin refused to accept the order to kill Pastor Manning. Pastor Manning is calling for the Justice Department to investigate this alleged conspiracy to assassinate him.

Manning then claimed that the CIA Operative told him to dig into Columbia University rather than the birth certificate issue, because it was clear that Obama never attended Columbia University, because he was working with the CIA in Pakistan at the time that he was allegedly attending the University.

Pastor Manning then stated that “Columbia University did not cover their tracks well”. Then he commented “If John McCain is not qualified, I know for sure that Barack Hussein Obama is not qualified for the office either.”

Obama said that his father was Kenyan in his book and the debate ends right there, he is NOT a natural born citizen.

Manning also stated that Obama traveled to Pakistan with a Kenyan Passport, not a Indonesian passport that has been speculated the past 22 months.

Manning then shouted, “What are you hiding Mr. Obama? The people need to ask this question. Only criminals hide themselves and Obama is the most notorious criminal that ever walked the earth.”

Then Manning solemnly said, “My life was challenged by MY GOVERNMENT. Obama is a Muslim and the Church failed this nation to allow this to take place.”

Pastor Manning then told the jury “If a guilty verdict is rendered today, it will rock the world. You will save this nation, save my life and the lives of YOUR CHILDREN. Every dollar that Obama has collected was under fraudulent pretenses, because he is not a natural born citizen.

I am sure that Pastor Manning will release an official copy in the near future of all of the charges and the verdict. The church erupted with applause and cheers after the final guilty verdict was announced. Pastor Manning was very excited and he did an excellent job with this entire trial, aided by his assistant Anthony Jones (an attorney).

Manning will most likely submit all of the evidence and the verdict to the US Attorney General and demand that they investigate, validate the decision by the jury and move forward with possible arrests. I do agree that fraud was committed, Manning proved that to the entire audience and the jury.