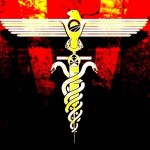 You thought you still lived in a country that was driven by choice and free enterprise; not so much anymore.

When congressional representatives violate their oath to the Constitution and vote against the spirit of that document, they have committed treason and should be dealt with accordingly.

Peter Orzag, Obama’s Budget Director, speaking at the Economic Club on 4.8.2010 stating that an unelected panel will make proposals about healthcare and if Congress does not vote those proposals down and the president does not sign those congressional bills, the proposals stand as is. Welcome to United Fascist States of Amerika where A.) you no longer have a choice about your healthcare, B.) you get to pay for Obamacare with no benefits, C.) etc….

Peter Orzag quotes from the video:

I think folks have not really focused on the Medicare Commission, the independent payment advisory board that’s created. This institution could prove to be far more important to the future of our fiscal health then, for example, the Congressional Budget Office. It has an enormous amount of potential power.

So this independent payment advisory board has the power, not, it has the responsibility to put forward proposals to hit a pretty aggressive set of targets over the long-term, and furthermore, the proposals take effect automatically, unless Congress not only specifically votes, but Congress specifically votes them down and the president signs that bill.