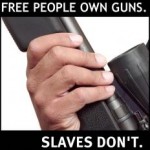 What he envisions, Fritchey said, is a “heightened presence on the streets,” particularly on the roughly 9 percent of city blocks where most of the city’s violent crimes occur.

Weis previously identified those “hot spots” and said he plans to create a 100-person team made up of selected and volunteer police personnel to respond to crime there. If guardsmen were to assist police, they could comprise or contribute to that force, Fritchey said.

So far this year, 113 people have been killed across Chicago, the same number of U.S. troops killed in Iraq and Afghanistan combined in the same period, Fritchey said.

“As we speak, National Guard members are working side-by-side with our troops to fight a war halfway around the world,” Fritchey said. “The unfortunate reality is that we have another war that is just as deadly taking place right in our backyard.” While the National Guard has been deployed in other states to prevent violence related to specific events and protests, the Chicago legislators said they are unaware of guardsmen being deployed to assist with general urban unrest.

Weis countered that the only scenario in which the National Guard would be helpful is in the situation of a tornado, earthquake or flood. If the military were brought in to help with city violence, they wouldn’t answer to police command — creating a “major disconnect” in mission and strategy. 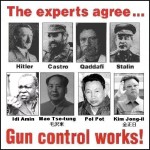 Alluding to the 1970 Kent State University incident where the National Guard was called in and protestors and students were shot, Weis said having guardsmen handle crime could be “disastrous.” But he said if the Daley suggested it, he would consider the option.

“I’m open to anything that reduces violence. But I have concerns when you mix law enforcement and the military,” Weis said.

But Fritchey and Ford said prompt action is needed because summer is right around the corner and with the warm weather comes an increase in violence.

Fritchey and Ford serve two different constituencies, representing the North Side and the West Siderespectively. “One half of this city views this as a part of daily life,” Fritchey said. “Another part of the city doesn’t care because it doesn’t affect them.” Yet the lawmakers said they are coming together because gun violence should be a priority to all Chicagoans.

“No help is too much help” Ford said. “This is not just about the murders. It’s about the crime. It’s about people being stabbed, robbed and in the hospital on life support.”

Fritchey said he spoke to representatives from Quinn’s office about deploying guardsmen and they “seemed open to the idea.” The lawmakers had yet to speak to Weis or the mayor’s office.

“I don’t anticipate the governor implementing it over the objection of the mayor,” Fritchey said.

Bad Behavior has blocked 3229 access attempts in the last 7 days.