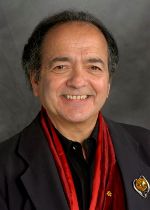 When I read that Politico article, it only made sense that Craig would leave the WH a few months earlier if the big cheeses knew they were going to pull out all the stops to get financial deformity passed.  It is such a win-win situation for everybody involved excluding the American people.  Goldman agrees to be the sacrificial lamb in order to get this bill passed, they get a WH counsel to ‘defend’ them, Barry moves his main lawyer handling all of his eligibility suits into the WH counsel chair, the bill is shot through the Senate and the banks are forever going to be bailed out AND the government knows everything there is to know financially about every single American (read further).  Sounds pretty good to me, unless of course, you are one of US!

It’s just another episode in the presidential reality show to make people feel like they are doing something.

Commentator: If this is just a show, as you are arguing that it is, why are wall street lobbyists fighting it in full force in Washington D.C. as we are hearing has been reported.

Gerald Celente: Because they are money junkies; they want every penny that they can squeeze.

(I have my own thoughts farther down in the post about why there is so much “resistance” to financial reform.)

Mr. Celente also mentions future bank bailouts in the bill on page 1379.  He was correct, and here is the screenshot of page 1379 of Dodd’s markup. 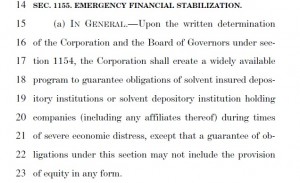 (The Corporation is the US Government)

(UPDATED: I just found this article on Politico; Obama: Bank bill would end bailouts with the following quote that appears to be misinformation considering page 1379 of the Dodd bill:

“That’s why I went to New York City this week and addressed an audience that included leaders in the financial industry,” he said. “And once again I called for reforms to hold Wall Street accountable and to protect consumers. These reforms would put an end – once and for all – to taxpayer bailouts.”  (yeah, right!)

Awhile back, I posted the 12 part series of G. Edward Griffin’s lecture on the Federal Reserve System based on his book The Creature From Jekyll Island.  During the course of that lecture, Mr. Griffin mentions that the media in 1912 and 1913 were publicly denouncing the Fed so as to swing the public’s opinion toward passage.  Please keep that in mind when you think about banks and lobbyists hammering this bill.  Almost 100 years has passed since we were saddled with a european central bank, and the end product of this bill is going to be anything but positive.  Come to think of it, my host and my site starting going sideways again right after I posted Obama Turns Financial Reform Into A Political Fight which details the new federal agency, Office of Financial Research that is allowed to invest any funds they aren’t using in the same institutions they are reporting on, and the returns aren’t considered the government’s money.  I just heard a report that the yearly budget of this office is $500 Billion with a large initial start up budget.  We don’t need another federal agency but above and beyond that, do we want every single record of every single transaction (including you going to the ATM) in a centralized computer database that will become the Vahalla for hackers and a treasure trove of information for a government already gone wild?  I freakin’ thought the Patriot Act was bad enough.  Greta interviewed Karl Rove about financial reform with the pertinent information starting at 2:50 and the clearing house of financial information at 6:30.

Wow, getting a bit off topic there, sorry.  Back to the Fed.

If Glass Steagal is considered so great, why does almost nobody know that the Federal Reserve Act was written by Carter Glass?

The Federal Reserve Act of 1913 – A Legislative History

For those that still do not know how we were hijacked, and continue to be held hostage by the Fed, here is a short 4 minute video from Mr. Griffin summarizing The Fed.  What follows is the entire lecture (audio) on one vid for those that want the entire story and want to double check my media reference.  If you need more information or want to join Mr. Griffin’s coalition, Freedom Force International, just hit the link.

And last, but not least, by any means;

The Aldrich Plan which morphed into the Fed.

Edward Vreeland, co-author of the bill, wrote in the August 25, 1910 Independent (which was owned by Aldrich),

“Under the proposed monetary plan of Senator Aldrich, monopolies will disappear, because they will not be able to make more than four percent interest and monopolies cannot continue at such a low rate. Also, this will mark the disappearance of the Government from the banking business.

Glass’s denunciation of the Aldrich Bill as a central bank plan ignored the fact that his own Federal Reserve Act would fulfill all the functions of a central bank. Its stock would be owned by private stockholders who could use the credit of the Government for their own profit; it would have control of the nation’s money and credit resources; and it would be a bank of issue which would finance the government by “mobilizing” credit in time of war. In “The Rationale of Central Banking,” Vera C. Smith (Committee for Monetary Research and Education, June, 1981) writes,

“The primary definition of a central bank is a banking system in which a single bank has either a complete or residuary monopoly in the note issue. A central bank is not a natural product of banking development. It is imposed from outside or comes into being as the result of Government favors.”

Thus a central bank attains its commanding position from its government granted monopoly of the note issue. This is the key to its power. Also, the act of establishing a central bank has a direct inflationary impact because of the fractional reserve system, which allows the creation of book-entry loans, and thereby money, a number of times [greater than] the actual “money” which the bank has in its deposits or reserves.

Testifying before the Committee on Rules, December 15, 1911, after the Aldrich plan had been introduced in Congress, Congressman Lindbergh stated,

“Our financial system is a false one and a huge burden on the people . . . I have alleged that there is a Money Trust. The Aldrich plan is a scheme plainly in the interest of the Trust . . . Why does the Money Trust press so hard for the Aldrich Plan now, before the people know what the money trust has been doing?”

“The Aldrich Plan is the Wall Street Plan. It is a broad challenge to the Government by the champion of the Money Trust. It means another panic, if necessary, to intimidate the people. Aldrich, paid by the Government to represent the people, proposes a plan for the trusts instead. It was by a very clever move that the National Monetary Commission was created. In 1907, nature responded most beautifully and gave this country the most bountiful crop it had ever had. Other industries were busy too, and from a natural standpoint all the conditions were right for a most prosperous year. Instead, a panic entailed enormous losses upon us.

Wall Street knew the American people were demanding a remedy against the recurrence of such a ridiculously unnatural condition. Most Senators and Representatives fell into the Wall Street trap and passed the Aldrich Vreeland Emergency Currency Bill. But the real purpose was to get a monetary commission which would frame a proposition for amendments to our currency and banking laws which would suit the Money Trust. The interests are now busy everywhere educating the people in favor of the Aldrich Plan. It is reported that a large sum of money has been raised for this purpose. Wall Street speculation brought on the Panic of 1907. The depositors’ funds were loaned to gamblers and anybody the Money Trust wanted to favour. Then when the depositors wanted their money, the banks did not have it. That made the panic.”