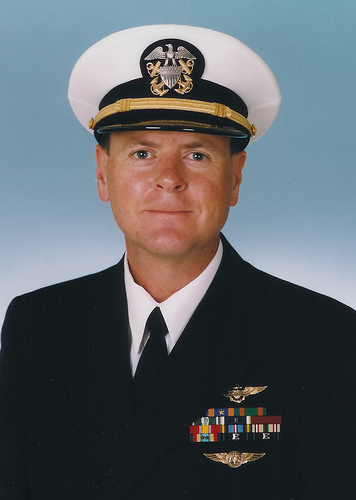 I lost count of the emails and letters I sent to my representative, Mazie Hirono, over the course of the last two years asking her not to vote for Obama’s agenda. I knew it was a waste of time, but unless we make some noise, nobody knows we are out here.  In Mazie and Obama’s case, it doesn’t matter how many Tea Party Patriots show up on their doorstep…(even here in Hawaii those numbers are growing with each new progressive move to the far left.)

Hawaii, (and America), now have an answer to Mazie’s purposeful deafness; former commissioned Naval officer, John Willoughby. Once again, it’s time to pony up with a donation and/or your time to ensure the defeat of Mazie and the election of a candidate that will actually help Hawaiians (and Americans), instead of chaining them to the entitlement state and bigger government.

Early Years
John was born on September 23, 1958 in Kansas City, Missouri to two “Show-Me State” Blue Dog Democrats. His mother Verna was a former “Navy Wave,” homemaker and mother of six. His father Bud was a Korean War era Marine. They met and were married while both were stationed in Hawaii in the early 1950’s. They returned to Missouri where Bud worked his way through the ranks of the Kansas City Police Department. He then served as Chief of Police of the Pueblo, Colorado and Salt Lake City, Utah Police Departments, and was heavily involved in national law enforcement until his passing in 2004. John’s parents stressed public service, personal and financial responsibility, and accountability.

Military Service
After spending his elementary and junior high school years in Kansas City, John’s family moved to Colorado where he graduated from Pueblo East High School in 1976. John then enlisted in the Navy. Upon completion of his initial training, he was designated a Navy Aircrewman on the P-3 Orion aircraft and assigned to Patrol Squadron Nineteen at Naval Air Station Moffett Field, California. His squadron deployed at the height of the Cold War to Okinawa, Northern Japan, and twice to the Aleutian Islands of Alaska.

College Education
When he completed his four-year enlistment, John returned to Salt Lake City where he worked his way through college graduating in 1985 from the University of Utah with a Bachelors Degree in Organization Communications. He also participated in a study abroad program at Christian-Albrechts University in Kiel, Germany. At the University of Utah, John affiliated with Sigma Chi Fraternity and became a lifetime member of the University of Utah Alumni Association and a “Life Loyal Sig.”

Re-Enters Military
Upon graduating college, John was recruited by a national grocery store chain to serve as an Assistant to the Vice-President of HumanResources. It was there he realized his true passion was to continue serving his country in the Armed Forces. He applied and was admitted to Navy Aviation Officer Candidate School where he was honored as a Distinguished Navy Graduate earning a regular commission as an Ensign in the United States Navy. He attended flight school in Pensacola, Florida and Corpus Christi, Texas earning his aircraft carrier landing qualification and “Wings of Gold” in 1988.

Military Career
John was assigned to Patrol Squadron Twenty-Two at Naval Air Station Barbers Point, Hawaii where he received his Patrol Plane Mission Commander designation. There he deployed to the Philippines, Okinawa, and Japan. While stationed in Hawaii, he met and married the former Yong Hui Pak, a Hawaii resident and naturalized U.S. citizen born in South Korea. Before leaving Hawaii, their first son Joshua was born at Tripler Army Medical Center. John was then assigned as a flight instructor to Fleet Replacement Training Squadron Thirty-One, Moffett Field, California. He later returned to Hawaii where he was assigned to Fleet Special Projects Patrol Unit Two, a unit assigned by the U.S. Joint Chiefs of Staff to covert special operations worldwide. Later John received orders to the U.S. Naval Air Facility Misawa, Japan as the Air Operations Officer. During his tour in Japan, his second son Jeremy was born. 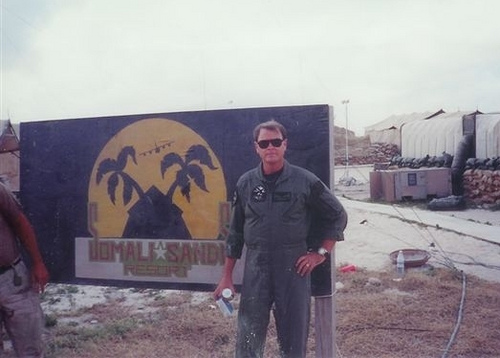 Post Military
John retired from the Navy Reserve as a Lieutenant Commander in 2006. While in the Navy and Navy Reserve, John qualified as a Plane Commander on six different aircraft, was deployed to and operated in dozens of countries in the south, western, and northern Pacific, Asia, Africa, Europe, and North, Central, and South Americas, as well as India, Australia, and Greenland. John was awarded two Air Medals for combat missions in support of United Nations Operations in Somalia for his role in real life battles that became the inspiration for the book and motion picture “Black Hawk Down,” two Navy Commendation Medals, a Navy Achievement Medal and several other medals, decorations, and commendations. He is also a lifetime member of the Association of the United States Navy and American Legion.

Commercial Airline Career
In 1998 John was employed by United Airlines as a commercial airline pilot based at San Francisco International Airport. During his eleven years at United, John has flown over 7000 hours both domestically and internationally on the DC-10, Boeing 777, 767, and 757, and the Airbus 319 and 320 commercial aircraft. In 2001 John lost several friends and co-workers on United and American Airlines airplanes involved in the 9/11 World Trade Center attacks and in the attack on the Maritime Patrol section of the Pentagon. United Airlines later sought Chapter 11 Bankruptcy protection and John was furloughed from 2004-2005. He rejoined United in 2005 where he has been since. At United, John is a member of the Air Line Pilots Association, an international labor union.

Current Day
After spending six years in Salt Lake City caring for his ill parents, John and Yong Hui moved back to Hawaii in 2006. They and their two sons live in Honolulu where their sons attend public school — Josh at Moanalua High School, and Jeremy at Moanalua Middle School. Their daughter Su Jin is now grown and lives on the mainland. John and Yong Hui look forward to their 20th wedding anniversary this year.

Just a sample of what John believes when it comes to the issues.  Go to his site and hover over ‘issues’ to see more.

Enough is enough. John wants to put an end to this era of senseless, wasteful, and costly government spending of Hawaii families’ tax dollars. Simply put, it is a moral, ethical, and unprincipled outrage that our current Hawaii representatives have ensured that future generations will suffer because Congress will not govern within their means. John vows to restore fiscal responsibility in Washington by reining in spending, repealing unpaid earmark and stimulus spending, and supporting an immediate and permanent ban on taxpayer-funded earmarks. John has been a lifelong watchdog of government fraud, waste, and abuse and will ensure that members of Congress and their special interest groups know they will be held accountable for putting our families in jeopardy and squandering our children and grandchildren’s future.

John agrees with Hawaii families that patients and their doctors, not government bureaucrats or mainland “health resource panels,” should be in charge of their health care. He believes that every American should have access to health care that is every bit as good as the care provided to members of Congress. John supports Small Business Health Plans that allow small businesses to pool their resources to purchase high-quality, affordable insurance for their employees. John also wants to broaden the array of health insurance choices available by allowing patients to purchase health plans that suit their individual needs, even if these choices are only available in other states.

Securing Our Borders, Enforcing Our Laws

John will fight immigration reform efforts currently underway in Congress that will allow tens of millions of illegal immigrants on the mainland to “cut in line” in front of our Hawaii families who have been playing by the rules and waiting patiently for years for their turn. He will support legislation that will secure our borders and restore strict enforcement of our current immigration laws. Abandoning these laws has allowed foreign “drug lords” to operate fearlessly along our borders with impunity, indignation, and reckless and deadly abandon. Allowing drugrunners unimpeded access to our country is more than a matter of national security – it threatens the safety of our families and the very fiber of our communities.