What Alan Greenspan Knew, and Brooksley’s ‘I Told You So’ Moment 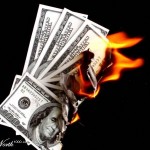 The Federal Reserve System MUST BE ABOLISHED!

“We at the board in 1998 were obviously aware of the nature of the problems.  Remember the Federal Reserve is a rule making, is not an enforcement agency.” – Alan Greenspan

Alan appears to have known exactly what was happening with Fannie, Freddie, and the subprime mortgages.  Just ask Brooksley Born.

As head of the Commodity Futures Trading Commission [CFTC], Brooksley Born became alarmed by the lack of oversight of the secretive, multitrillion-dollar over-the-counter derivatives market. Her attempts to regulate derivatives ran into fierce resistance from then-Fed Chairman Alan Greenspan, then-Treasury Secretary Robert Rubin and then-Deputy Treasury Secretary Larry Summers, who prevailed upon Congress to stop Born and limit future regulation. This is the edited transcript of an interview conducted on Aug. 28, 2009.

Brooksley Born may have just gotten one of Washington’s greatest opportunities to say “I told you so.”

Born was the head of the Commodity Futures Trading Commission under President Bill Clinton in the late 1990s when she began to explore ways to regulate the derivatives market. She had grown concerned that derivatives represented a hidden dark side to the U.S. economy and that few people fully understood the risks involved. But her effort was quashed by then-Fed chief Alan Greenspan and then-Treasury Secretary Robert Rubin.

In wake of the crash of 2008, the vast, complicated and little-understood derivatives market has been widely blamed for undermining the American financial system — just as Born worried it could back in 1997.

But on Wednesday, House Speaker Nancy Pelosi (D-Calif.) announced that she’s appointing Born to the new 10-member Financial Crisis Inquiry Commission, a body established by Congress to serve as a sort of 9-11 Commission for the financial crisis.

In a news release announcing the appointment, Pelosi said the new commission will provide “a full explanation of why so many people lost their homes, their life’s savings and their hard-earned pensions.”

Pelosi said: “To avoid a financial crisis of this magnitude in the future, the commission will conduct a thorough, systematic and nonpartisan examination of the failures in both government and financial markets.”