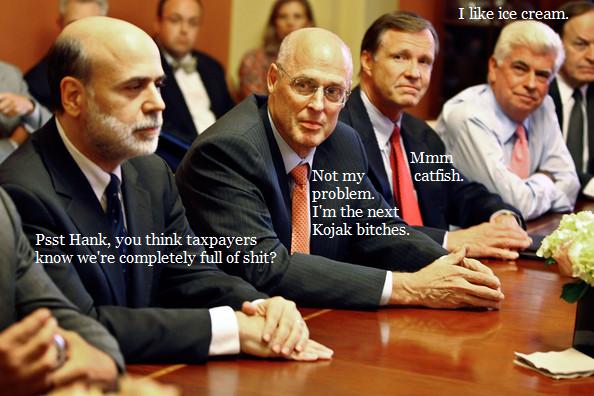 Ben is such a genius. I wish I was as smart as Ben…

(all emphasis from this point on, mine.)

April 7 (Bloomberg) — Federal Reserve Chairman Ben S. Bernanke said joblessness, home foreclosures and weak lending to small businesses pose challenges to the economy as it recovers from the worst recession since the 1930s.

“We are far from being out of the woods,” Bernanke said today in a speech in Dallas. While the financial crisis has abated and economic growth will probably reduce unemployment over the next year, the U.S. faces hurdles including the lack of a sustained rebound in housing, a “troubled” commercial real estate market and “very weak” hiring, he said.

The remarks reflect concerns by Fed officials at their meeting last month that the job market and tight credit would restrain consumer spending. At the session, Bernanke and his colleagues reiterated interest rates will stay very low for an “extended period.” He didn’t repeat that in today’s speech, while saying the Fed’s “stimulative” rates will aid growth.

“The economy has stabilized and is growing again, although we can hardly be satisfied when one out of every 10 U.S. workers is unemployed and family finances remain under great stress,” Bernanke said in prepared remarks to the Dallas Regional Chamber.

Dudley, who serves as vice chairman of the rate-setting Federal Open Market Committee under Bernanke, was responding to a question from former U.S. Deputy Treasury Secretary Roger Altman, now chairman of Evercore Partners Inc., after a speech to the Economic Club of New York.

Consumer credit declined by the most in three months in February, a Fed report showed today, indicating Americans are reluctant to take on more debt without further improvement in the labor market.

Borrowing fell $11.5 billion after a revised $10.6 billion January gain that was twice as much as initially estimated. The decline in the February measure of credit card debt and non- revolving loans was worse than the lowest estimate in a Bloomberg News survey of 34 economists.

At the meeting last month, central bankers left the benchmark rate target, covering overnight interbank loans, in a range of zero to 0.25 percent, where it has been since December 2008.

The median estimate of analysts surveyed by Bloomberg News last month is for a Fed interest-rate increase in November.

“Although much of the financial system is functioning more or less normally, bank lending remains very weak, threatening the ability of small businesses to finance expansion and new hiring,” he said.

The Fed last week completed plans to purchase $1.25 trillion of mortgage-backed securities and $175 billion of federal agency debt to reduce home-loan costs. Central bankers are debating when to start selling the debt to reduce the Fed’s balance sheet, which has ballooned to $2.31 trillion from its pre-crisis level of about $874 billion.

“We have yet to see evidence of a sustained recovery in the housing market,” Bernanke said. “Mortgage delinquencies for both subprime and prime loans continue to rise as do foreclosures. The commercial real estate sector remains troubled, which is a concern for communities and for banks holding commercial real estate loans.”

Bernanke said some of the economy’s “toughest problems” are in the job market. U.S. employers added 162,000 jobs in March, the third gain in five months and the most in three years. The unemployment rate held at 9.7 percent, close to a 26- year high.

“Hiring remains very weak,” Bernanke said. “I am particularly concerned” that more than 40 percent of those without jobs have been out of work for at least six months, because such spells may erode skills and reduce the workers’ income and employment prospects, the Fed chief said.

The economy expanded at a 5.6 percent annual rate in the final three months of 2009, led by inventory restocking, according to Commerce Department figures released last month. That pace probably slowed to 2.8 percent in the first quarter of 2010, according to the median estimate in a Bloomberg News survey of economists last month.

“My best guess is that economic growth, supported by the Federal Reserve’s stimulative monetary policy, will be sufficient to slowly reduce the unemployment rate over the coming year,” Bernanke said.

Bernanke said inflation “appears to be well controlled” and price expectations “appear stable.” A price gauge favored by the Fed, the personal consumption expenditures price index, minus food and energy, rose 1.3 percent for the year ended in February, slowing from a 1.5 percent rate in January. Fed officials have a longer-run goal of 1.7 percent to 2 percent for the full PCE price index.

Bernanke reiterated his call for a long-term reduction in federal budget deficits, saying “nothing prevents us from beginning now to develop a credible plan.” Without a commitment to “fiscal responsibility, in the longer run we will have neither financial stability nor healthy economic growth.” (there ya go kids – that VAT is coming unless we flip this congress and abolish the fed)


The Obama administration estimates budget deficits will total $5.1 trillion during the next five years and hit a record $1.6 trillion in the year ending Sept. 30. Last year the gap widened to $1.4 trillion amid falling tax revenue from the recession, a bailout of the banking and auto industries, and the 2009 economic stimulus package. 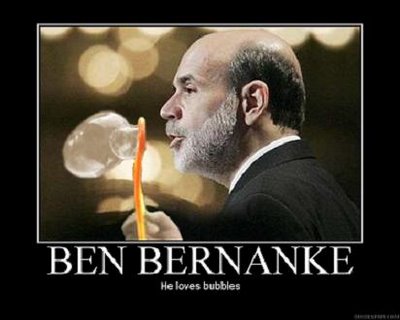