America IS Waking Up; Dems Joining The Tea Party 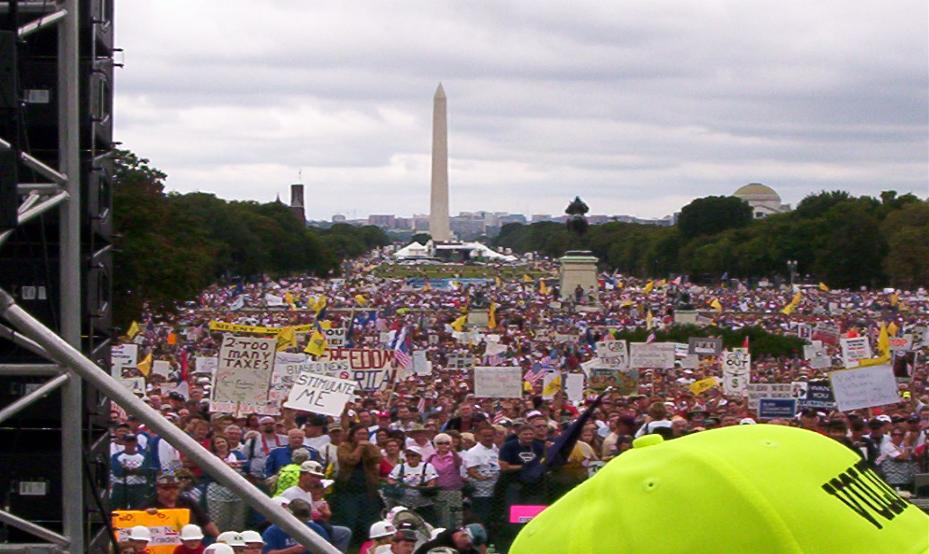 Patriots, welcome your brothers and sisters back into the free-thinking, non kool-aid drinking fold!!!

Though the democratic party and the media would like you to believe that democrats comprise a very small percentage of the Tea Party Movement, do not be hood-winked.  Many of the Tea Party Patriots that consider themselves ‘indies’ are actually dems that defected during the 2008 primary race.  The even better news?  Currently registered dems are now joining the Tea Party because they ‘get’ what we knew a long time ago; Barack Hussein Obama is a lying, leftist fraud that will bankrupt this nation and make us less secure.

Grand Junction, Colorado (CNN) — They are not typical Tea Party activists: A woman who voted for President Obama and believes he’s a “phenomenal speaker.” Another who said she was a “knee-jerk, bleeding heart liberal.”

These two women are not alone.

Some Americans who say they have been sympathetic to Democratic causes in the past — some even voted for Democratic candidates — are angry with President Obama and his party. They say they are now supporting the Tea Party — a movement that champions less government, lower taxes and the defeat of Democrats even though it’s not formally aligned with the Republican Party.

To be sure, the number of Democrats in the Tea Party movement is small. A recent CNN/Opinion Research Corporation poll shows that while 96 percent of Tea Party activists identify themselves as either Republican or Independent, only 4 percent say they are Democrats.

Some of these disgruntled voters are taking part in the current Tea Party Express tour. The tour began in Senate Majority Leader Harry Reid’s hometown of Searchlight, Nevada, on March 28 and is making 44 stops across the nation. It ends in Washington on tax day — April 15.

A lawyer and lifelong Democrat, Ducket made her political leanings clear: She said she was a campus community organizer for Democratic Sen. George McGovern’s 1972 presidential campaign, voted for Jimmy Carter and Al Gore, and previously ran for elective office in Colorado as a Democrat.

“I was a card-carrying member of the ACLU, and I probably did inhale in college,” Ducket said.

Ducket, who is now an independent and did not vote for Obama, said the president has “carried things to an extreme.”

“I think we’ve gone too far on the side of government doing too much,” Ducket said. “The Democratic Party is wanting to take care of everyone, instead of helping everybody stand on their own two feet.”

Roxanne Lewis expressed a similar point of view. A small business owner in Grand Junction, Lewis described herself as a lifelong Democrat and called the president a “phenomenal speaker.” She voted for him because she “believed in what he was saying: change.”

But, Lewis added, “I should’ve listened a lot closer when he talked about ‘spreading the wealth.’ ”

Asked how she feels about having voted for the president, Lewis said “I feel lied to, cheated and raped.”

Lewis criticized the taxpayer-funded bailouts of financial institutions, which began under former President George W. Bush, and the bailout of General Motors and Chrysler.

“These are not the Democrats that I have been brought up with,” Lewis said. However, she said she will continue to be a Democrat.

“We hear from folks, probably at every rally, who say, ‘I was a Democrat,’ ” Levi Russell, communications director for the Tea Party express tour, said.

“Having more Democrats join the movement shows that it is more representative of the American people than the antics of the Obama, [House Speaker Nancy] Pelosi, Reid leadership,” Russell said.

Imagine that?  Ramming through a ‘heathcare reform’ bill against the express wishes of the majority of Americans in order to create a revenue stream for God only knows what and they expected dems to just roll with it?  P.A.T.H.E.T.I.C.