The Consequences Of A Weak pResident; Americans Die 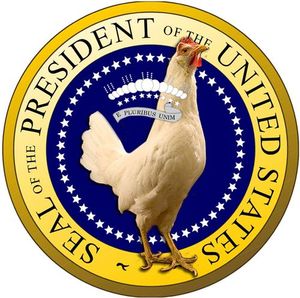 On Tuesday, March 9th, a Mexican helicopter was flying over residential areas around Falcon Lake on the Texas side of the Rio Grande.

The sighting came amid ongoing fighting between the Gulf Cartel and its former enforcers, Los Zetas. The mounting death toll and crisis of fear in cities across from the Texas border have drawn global attention, as has a news blackout in affected cities due to the kidnappings of eight Mexican journalists, at least one of whom was killed.

As violence continued Thursday with a highway shootout in Tamaulipas, a Senate subcommittee in Washington heard testimony that drug cartels are trying to infiltrate U.S. agencies along the border, with corruption cases among Homeland Security personnel on the rise.

One would think that when a military helicopter from a neighboring nation is flying over your soil, you might just DO SOMETHING!  Did Washington do anything other than hear testimony on a related matter? Did the coward-in-chief do anything?  Is he doing anything now that Americans are DEAD  – besides state that he is “outraged” and pulling dependents of American personnel?  Do you think that some of our former presidents would have sat back after helicopters from another nation were flying over our soil, or American citizens working in our consulates were executed trying to get across the border?

The consequences of having the weakest pResident known to mankind is that the mexican drug cartels appear to have declared open season on Americans. Thanks Barack; though, unfortunately, we knew this was coming.  This is one reason that gun sales have increased so dramatically.  I am sensing yet another impeachable offense coming soon.

An American woman working at the consulate in Ciudad Juarez, just over the border from El Paso, Texas, and her U.S. husband were fatally shot by suspected drug gang hitmen in broad daylight on Saturday as they left a consulate social event, U.S. and Mexican officials told Reuters.

A Mexican man married to another consulate employee was killed around the same time in another part of the city after he and his wife left the same event, a U.S. official said.

The U.S. official, who asked not to be identified, said it was not clear if the victims had been specifically targeted, and the motive for the attacks was unknown.

Bloodshed has exploded in recent months in Ciudad Juarez as the head of the Juarez cartel, Vicente Carrillo Fuentes, fights off a bloody offensive by Mexico’s No. 1 fugitive drug lord, Joaquin “Shorty” Guzman, at the worst hotspot of Mexico’s three-year-old drug war.

“The president is deeply saddened and outraged by the news,” said White House National Security Council spokesman Mike Hammer. He said Obama “shares in the outrage of the Mexican people at the murders of thousands in Ciudad Juarez and elsewhere in Mexico.”

The U.S. State Department updated its warning on travel to Mexico to say it had authorized the departure of dependents of U.S. government personnel from consulates in Ciudad Juarez and five other northern border cities.

Nearly 19,000 people have been killed since President Felipe Calderon came to power in Mexico in late 2006 and launched a military assault on the country’s powerful drug cartels, sparking a surge in violence that has alarmed Washington, foreign investors and tourists.

Most victims are rival traffickers and police, and to a lesser extent soldiers, local officials and bystanders. It is rare for drug gang hitmen to target foreigners.

“The Mexican authorities are determined to clarify what happened and bring those responsible to justice,” the Mexican Foreign Ministry said of Saturday’s attacks.

The attack on the U.S. couple began with a car chase and ended in front of the main border crossing into El Paso, an area heavily patrolled by soldiers, local newspaper El Diario reported. The couple’s baby girl survived the attack.

The Mexican spouse was murdered in an upscale neighborhood of the city when gunmen boxed in his car with other vehicles and shot him, according to a local newspaper photographer who soon arrived at the scene. His wife, who was following in a second car, was unhurt, but their two children were wounded.

Story #2 from the LA Times:

In Mexico, 13 killed in Acapulco area, 11 others elsewhere in Guerrero

Five police officers are slain and the bullet-riddled bodies of eight men are found in Acapulco just as foreign tourists are arriving for spring break.

Reporting from Mexico City
At least 13 people were killed Saturday, some of them beheaded, around the popular beach resort of Acapulco, just as foreign visitors have begun arriving for spring break.

Elsewhere in the Guerrero state where Acapulco is located, 11 other people, including soldiers and suspected traffickers, were killed, authorities said.

The dead in Acapulco included five police officers, authorities said, who were ambushed while on patrol on the city’s outskirts about 2 a.m.

Over the next four hours, the bullet-riddled bodies of eight men were discovered in three locations, police said. Four had been beheaded, in the style typical of drug traffickers who have been at war with one another and with government forces for three years.

Obama (the coward who bows to world leaders and mayors AND who chokes in situations with Somali pirates) has ordered the dependents of American personnel out of six American consulates in Mexico. I am not holding my breath for any real action from that man we knew was going to BLINK.  Thank God Texas Is Texas!

“The president is deeply saddened and outraged by the news of the brutal murders of three people associated with the United States Consulate General in Ciudad Juárez , Mexico,” White House National Security Council spokesman Mike Hammer said in a prepared statement, “including a U.S. citizen employee, her U.S. citizen husband, and the husband of a Mexican citizen employee.”

On Sunday, the U.S. State Department ordered the evacuation of dependents of U.S. personnel in six U.S. consulates in Mexico. The consulate offices are in Tijuana, Baja California, Ciudad Juárez, Chihuahua, Nuevo Laredo and Matamoros, Tamaulipas and Monterrey, Nuevo Leon. The order, according to the statement, will be lifted April 12.

The U.S. Embassy in Mexico City also asked its employees to postpone any travel to the northern cities of Durango, Coahuila and Chihuahua.

Hammer said Obama “shares in the outrage of the Mexican people at the murders of thousands in Ciudad Juárez and elsewhere in Mexico.”

Mexican authorities in Ciudad Juárez said the two incidents took place separately and within minutes of each other Saturday afternoon.

More than 18,000 people have been killed since President Felipe Calderon took power and vowed to restore order in key regions throughout Mexico, launching an army crackdown on traffickers in late 2006. More than 4,000 of the victims were killed in Ciudad Juárez , despite the presence of thousands of troops, federal agents, state and local police.

“He extends his condolences to the families and condemns these attacks on consular and diplomatic personnel serving at our foreign missions. In concert with Mexican authorities, we will work tirelessly to bring their killers to justice.”

Hammer said the United States would work with Calderon’s government “to break the power” of drug-trafficking organizations.

There are actually Americans still out there believing that Bahana Obama has raised our image around the world.  How deluded must one be to not realize that they are laughing at us on a daily basis.  Now it’s being translated into action on a daily basis.