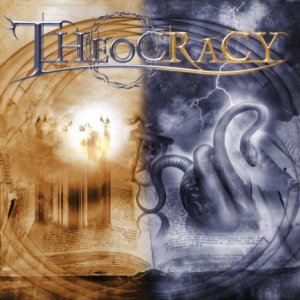 Yesterday, I verbally slapped a radical, british, muslim for his comments about returning Islam as the beacon of light in the world.  It is now the evangelical christian right’s turn for a bit of a reality check.  LM readers know that I am a libertarian according to the Nolan Chart.  (Some, but not all, readers were surprised to find out what their political leanings were after taking that test.)

This morning, Politico came out with a story about evangelicals being fearful of the tea parties. I know that most of my readership are christians of different hues, but over time I have found that they respect others belief systems and are tolerant as their religion professes.  LM’s readership realize that America was founded as a republic, not a theocracy. Religion is important, but not the all controlling dictate of the country.

That being said, the leaders of the christian right appear to not have realized the dire straits the country is in, and want the tea parties to make social issues an important part of the protests.

NEWSFLASH: Social Issues are not sinking the ship!  This is one American that is sick and tired of listening to the christian right dictate the moral code just as much as I hate listening to Obama tell me what’s best for me.  Millions of Americans of all colors and religions are tea party patriots.  They understand what is at stake, and if you are talking about social issues right now, you are part of the problem; not part of the solution.

A reeling economy and the massive bank bailout and stimulus plan were the triggers for a resurgence in support for the Republican Party and the rise of the tea party movement. But they’ve also banished the social issues that are the focus of many evangelical Christians to the background.

There will be no social issues if the economy collapses and everyone is plunged into abject poverty.

And while health care legislation has brought social and economic conservatives together to fight government funding of abortion, some social conservative leaders have begun to express concern that tea party leaders don’t care about their issues, while others object to the personal vitriol against President Barack Obama, whose personal conduct many conservative Christians applaud.

I would like to know exactly what personal conduct can be applauded?  Attacking Americans, name calling, lying about almost everything, etc.?

“There’s a libertarian streak in the tea party movement that concerns me as a cultural conservative,” said Bryan Fischer, director of Issue Analysis for Government and Public Policy at the American Family Association. “The tea party movement needs to insist that candidates believe in the sanctity of life and the sanctity of marriage.” (emphasis mine)


EXCUSE ME?  This is exactly what pisses me off about the radical christian right; just like the radical muslims.  America was founded by people that no longer wanted to be owned and told what to do, where to live, and how to think.

“As far as I can tell [the tea party movement] has a politics that’s irreligious. I can’t see how some of my fellow conservatives identify with it,” said Richard Cizik, who broke with a major evangelical group over his support for government action on climate change, but who remains largely in line with the Christian right on social issues. “The younger Evangelicals who I interact with are largely turned off by the tea party movement — by the incivility, the name-calling, the pathos of politics.”

If you can’t take the heat, get the hell out of the kitchen.  The Tea Party Movement is trying to stop a train wreck of biblical proportions.  Lead, follow, or get out of the way.

There’s no centralized tea party organization, and anecdotes suggest that many tea party participants hold socially conservative views. But those views have been little in evidence at movement gatherings or in public statements, and are sometimes deliberately excluded from the political agenda. The groups coordinating them eschew social issues, and a new Contract From America, has become an article of concern on the social right.

Is gay marriage or abortion going to sink this country right now? Nope?  …moving on…

The contract, sponsored by the grass-roots Tea Party Patriots as well as Washington groups such as FreedomWorks and Americans for Tax Reform, asks supporters to choose the 10 most important issues from a menu of 21 choices that makes no mention of socially conservative priorities such as gay marriage and abortion.

“They’re free to do it, but they can’t say [the contract] represents America,” said Family Research Council President Tony Perkins, a veteran of the Christian right. “If they do it they’re lying.”

Okay, now we are liars again.  Really?    At this point, banning gay marriage and relegating a woman to property status once she conceives aren’t really a priority as the Titanic is about to slip under the surface.

Groups such as FreedomWorks, said Perkins, bring a libertarian bias that doesn’t represent the “true tea parties.” Brendan Steinhauser, the director of federal and state campaigns at FreedomWorks, responded that the contract represents activists’ priorities.

“People didn’t come out into the streets to protest gay marriage or abortion,” said Steinhauser, who said that he hoped the Republican Party would follow the contract’s cue and “stop bringing up flag-burning amendments and the gay marriage thing when they’re not what people are focused on.”

Once again, someone who is not a tea party patriot trying to pigeon hole a movement they refuse to accept as is, and act like they don’t understand.

There is more to the story at the link above.