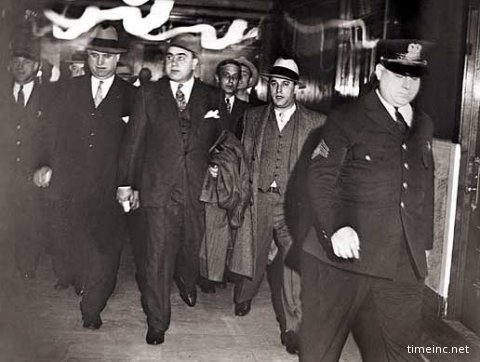 On November 20, 2009, a report was issued by the House Committee on Oversight and Government Reform stating that the firing of Inspector General Gerald Walpin may have been an act of political revenge.  Rep. Darrell Issa and Sen. Chuck Grassley have just updated their report with new documents stating the appearance of  political cronyism.  Next question out of the gate; does it have webbed feet, quack, and is it illegal?

“Rather than diminishing the appearance that politics played a role in the removal of Gerald Walpin, these new documents reinforce that appearance,” the updated report says.  “The new documents make the President’s initial explanation that he merely ‘lost confidence’ in the Inspector General seems even less credible.” (emphasis mine)

1.     Lawrence Brown was actively seeking a Presidential appointment as the U.S. Attorney at the same time he was negotiating a lenient settlement agreement with Kevin Johnson, excluding the Inspector General from the negotiations, and filing a complaint against Walpin with the Integrity Committee; and

3.     An internal memo that reveals that the White House considered issues in deciding to remove Walpin that it did not disclose in the official notice to Congress.

“Throughout our investigation of Mr. Walpin’s removal, the White House has repeatedly communicated that the President was not motivated by inappropriate political reasons,” Issa said.  “The fact is Gerald Walpin led an aggressive investigation of a political ally of President Obama that successfully recovered taxpayer dollars.  While firing an investigator who uncovered the abuse of funds by a political ally might be considered an act of ‘political courage’ in Chicago politics, for most Americans it raises troubling questions.”

The 62 page report released last year by Issa and Grassley detailed how prominent allies of the President were able to effectuate Walpin’s removal absent a thorough White House review.  The report further described how the White House Counsel’s Office withheld information from Congress and misled investigators after Rep. Issa and Sen. Grassley questioned the President’s methods and motives for removing Walpin. This controversy has also raised questions surrounding the role of former Michelle Obama Chief of Staff and current CNCS Senior Advisor Jackie Norris and her previously undisclosed meeting then CNCS Board Chairman Alan Solomont, now the President’s Ambassador to Spain.

CLICK HERE to Read the Updated Supplement to the Initial Report