Is This Billboard Message Clear Enough? (I-75 Florida) 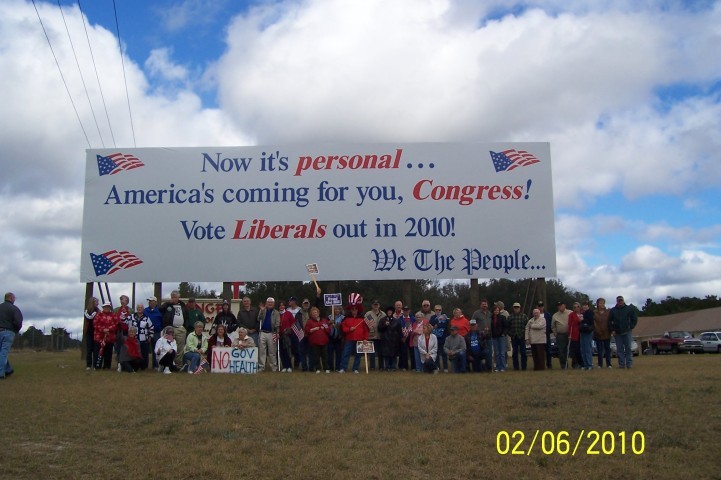 I found this billboard on Patriots For America, but the original post is here.

Billboard On I-75 In Florida: America’s Coming For You Liberals

Do your part in November – VOTE and encourage everyone you know to do the same!!

This photo is of a billboard recently established on I-75 just south of Lake City in Florida. The cost of 10 months rental of the billboard and doing the artwork was $6500. The folks responsible for the billboard say they feel it’s a reasonable cost to reach out to 1,000,000 vehicles per month to motivate participation in the electoral process to get our country on sound footing and VOTE OUT everyone in Washington.

I wonder how many more billboards like this one we are going to see sprouting up all over the country in the next few years?