Obama, The Totalitarian Marches On!!! 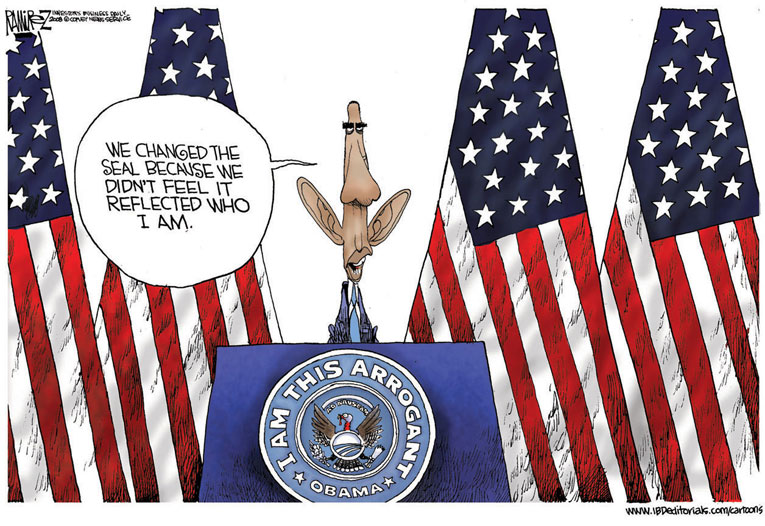 MEANWHILE, the pResident energizer bunny-in-charge continues his totalitarian march to control every aspect of your life even though most Americans have let the District of Criminals know exactly how they feel about Obamacare and financial reform.

At least one message has gotten through his thick head; the injury to the supermajority in the senate with Scott Brown’s election. Given Obama’s inflated sense of self, I am sure he does not realize the tsunami that is about to hit the progressives in Congress.

Obama to Democrats: No time to “lick our wounds”

WASHINGTON (Reuters) – President Barack Obama told fellow Democrats on Saturday this is no time to “lick our wounds and try to hang on” and vowed instead to press ahead with financial regulatory and healthcare reforms.

With his legislative agenda in limbo, Obama sought to rally Democratic activists still reeling from the loss of a pivotal Senate seat last month and now scrambling to head off a Republican challenge in the November congressional elections.

Obama came out swinging at a meeting of the Democratic National Committee, accusing Republicans of caring more about “scoring political points” than solving the country’s pressing problems like high unemployment.

How is it, exactly, that the republicans have stopped Obama’s agenda when the Democrats control the White House, the Senate, and the House?

But Obama presented no new ideas on how the Democrats could overcome obstacles that have stalled his domestic priorities.

This would be because Obama does not come up with ideas himself.  It is well known that most of the bills he introduced as a senator were written by other officials.  Heck, he didn’t even write his own book.

Hammering one of his biggest challenges, Obama said “America can’t afford to wait” for a financial regulatory overhaul to plug gaps widely seen as the root of the 2008 markets crisis that tipped the economy into deep recession.

Which gaps?  The ones the Democrats created so that banks were forced to give sub-prime mortgages or face penalties?

“If we’ve learned anything from the devastating recession, we know that wise regulation actually can enhance the market and make it more stable and make our economy work better,” Obama said. “We can’t return to the dereliction of duty that helped deliver this recession.”

Dereliction of duty?  Would that include Nancy Pelosi, Barney Frank, Maxine Waters, and Gregory Meeks, all democrats?

Obama acknowledged that a healthcare overhaul, which once seemed on the verge of passing, will now be subject to a “long and difficult debate.” But he pledged: “I am not going to walk away from health insurance reform.”

His effort to expand health coverage hit a stalemate after Democrats lost their 60-seat “supermajority” in the Senate. They are now trying to decide on a new course.

“The easiest thing to do right would be say this is too hard. Let’s just regroup and lick our wounds and try to hang on,” Obama said. “There are some, perhaps the majority in this town, who say perhaps it’s time to walk away.”

But he insisted to cheers, “I’m not going to walk away on any challenge. We’re moving forward.”

Ah, the expected reaction from a progressive totalitarian who was within the blink of an eye of control of every single American through healthcare.

We must continue to hammer our non-representatives to make sure nothing more is allowed to pass for the next 270 days until we can flip this congress and neuter Obama’s ambitions of domination.