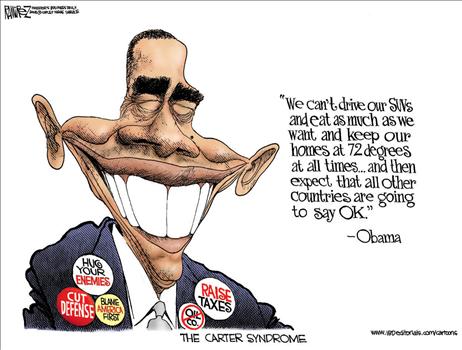 It has come to my attention that because numerous patriots have joined us over the course of 2009, many have not been exposed to a series of articles that were posted back in 2008 about Obama’s history and socialist agenda.

Glenn Beck has done a great job exposing the Alinsky disciples in the current administration, but massive amounts of information about Barack’s past still have not hit the MSM.

Here is an excerpt from the first article posted 10.19.2008.  For those readers that have slogged through this page, move along, but for those that really want to understand the who and the what we are up against, hit the link or visit and re-visit the Socialism Page at the top of this blog.

A plethora of articles have been written about the death of the Democratic Party, or as some bloggers and Clinton Supporters state; the coup or hostile takeover by the liberal left wing of the democratic party.  They cannot believe that their party has now become the party of violence, sexism, misogyny, racism, thuggery, deceits corruption, caucus fraud, and voter registration fraud.  What is missing from the equation is that this is not the liberal left wing; far from it, this is a group of people with socialist/marxist beliefs, with a pinch of fascism thrown in, being led by the marketed messiah under the guise of “progressivism”, with a belief system that states the ends justify the means.

Centrist dems and all other Americans must stop looking at the current Democratic Party through the perception they have of what the Democratic Party once meant.  That party is dead and was buried on May 31st, 2008.  Once this perception is shattered, these dems, undecided voters, former Clinton dems and possibly even some Obama dems may flip their votes, and more importantly, their loyalty away from the party that has become the proverbial wolf in sheep’s clothing.  What is being uncovered may also explain why 90% of the African American population is voting for this candidate, and though some of it has to do with his race, more maybe because of his socialist philosophy.

Since so much of what our perception is can be taken from what we think certain terms mean, I am listing the definitions of political party concepts as a way to put everyone on the same page, and to facilitate the understanding of where this “alien” democratic party is actually heading with Obama in the front and his numerous radical socialist/marxist associates in the background.  These quotes come from Encyclopedia2/The Free Dictionary.

Please be advised, it is a series of articles with unbelievable amounts of research culled from numerous sources.  It will take some time to go through it all, and you will need a case of duct tape sitting next to your chair.