Mort Zuckerman On Obama, 2.0: The Incredible Deflation Of Barack Obama 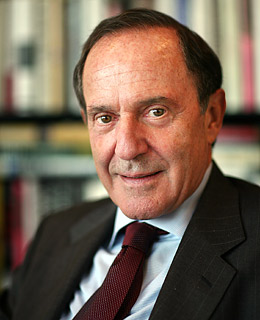 A few days ago, Mort Zuckerman skewered Obama with a piece in the Daily Beast and an interview on ‘Your World’. Go here for those details.

The Incredible Deflation of Barack Obama

The air is seeping out of the Obama balloon. He has fallen to below 50 percent in the poll approval ratings, a decline punctuated by his party’s shocking loss in the Massachusetts special election.

Barack Obama was undoubtedly sincere in what he promised, even if his promises were within the normal range of political exaggeration. The first trouble is that his gift for inspiration aroused expectations, stoked to unprecedented heights by his own staff, that he would solve the climate crisis on Monday, the jobs crisis on Tuesday, the financial crisis on Wednesday, the education crisis on Thursday, Afghanistan on Friday, Iraq on Saturday, and rest on Sunday. His oratorical skills were highlighted by the contrast with President Bush, who mangled words so much that his incoherence became, as Tina Brown wrote, “a metaphor for incompetence.” Expectations were spurred, too, by Obama’s recognition that Americans yearned for a new kind of politics, a rejection, as he put it, of “politics as usual.”

Perhaps the inevitable outcome was disappointment—and on this Obama has not disappointed. Alas, he has accelerated the deflation of hope with his extraordinary volume of public appearances. In his first six months, he gave three times as many interviews as George W. Bush, four times as many prime-time news conferences as Bill Clinton, and more interviews than both combined: 93 for Obama and 61 for his two immediate predecessors. He appeared on five Sunday talk shows on the same morning, followed the next day by David Letterman, the first-ever presidential appearance on a nighttime comedy show. In another week, he squeezed in addresses to the U.S. Climate Change Summit, the U.N. General Assembly, the U.N. Security Council, and a variety of press conferences.

His promiscuity on TV has made him seem as if he is still a candidate instead of president and commander in chief. He—and his advisers—have failed to appreciate that national TV speeches are best reserved for those moments when the country faces a major crisis or a war. Now he faces the iron law of diminishing novelty.

Despite this apparent accessibility, Obama’s reliance on a teleprompter for flawless delivery made for boring and unemotional TV, compounding his cerebral and unemotional style. He has seemed not close but distant, not engaged but detached. Is it any wonder that the mystique of his presidency has eroded so that fewer people have listened to each successive foray? The columnist Richard Cohen wryly observed that he won the Pulitzer Prize for being the only syndicated columnist who did not have an exclusive interview with the president.

Poor results. But Obama’s problems are more than a question of style. There is doubt aroused on substance. He sets deadlines and then lets too many pass. He announces a strategic review of Afghanistan, describing it as “a war of necessity,” only to become less sure to the point that he didn’t even seem committed to the policy that he finally announced. As for changing politics in Washington, he assigned the drafting of central legislative programs not to cabinet departments or White House staff but to the Democratic congressional leadership of Nancy Pelosi and Harry Reid, the very people so mistrusted by the public. Who could be surprised that the critical bills—the stimulus program and healthcare—degenerated under a welter of pork and earmarks that had so outraged the American public in the past?

Pelosi benefited from $54 million to relocate a Bay Area wine train, not to speak of a secret deal with the drug industry lobby to preclude negotiations on Medicaid drug prices and exclude drug imports from Canada, concessions that had previously been strongly rejected by Obama. Reid favored the gambling industry by arranging an earmark for a Los Angeles-to-Las Vegas high-speed monorail, even though it won’t be built for years. Some components of the stimulus did help soften the recession, yet only roughly a third of the $787 billion stimulus has been spent, and too much was spent on programs supported by liberal Democrats, which explains why so much of the stimulus money went toward education, health, energy conservation, and other activities, mostly worthy but not geared to achieving recovery and getting people back to work.

Guess what?  There are two more pages to this article – go over and read the rest. Mr. Zuckerman has finally caught up to the rest of America.